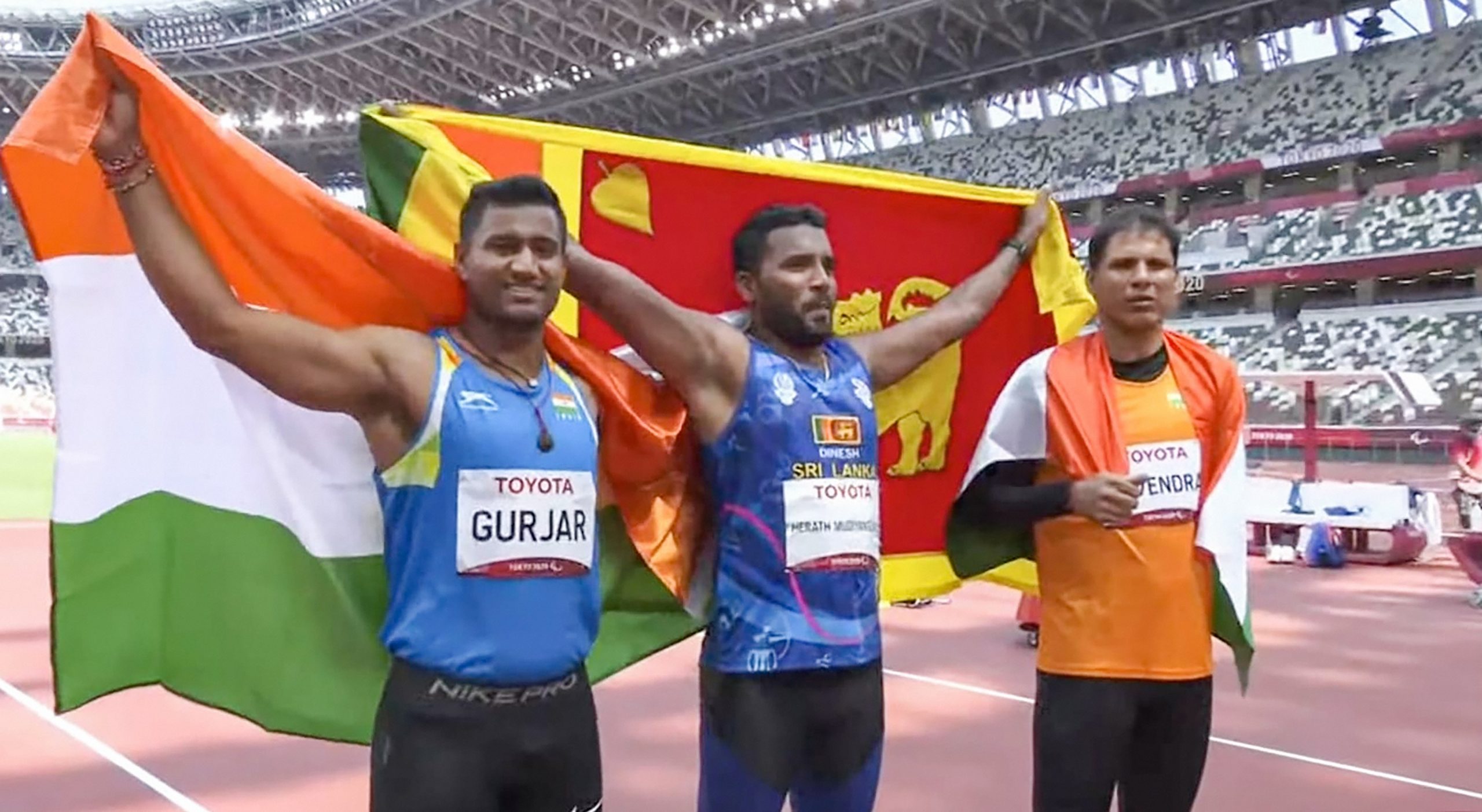 THE heat and humidity in Tokyo was unsparing for the athletes but a javelin thrower from Sri Lanka was loving it, and also went on to win a historic Paralympic gold.

Dinesh Priyantha in a blazing heat recorded his best throw of 67.79m to set a new world record in the men’s F46 category and clinched his country’s maiden gold in Paralympics on Monday (Aug 30).

“I was ready for this challenge and was training under the sun for months now. The climate here in Tokyo and Sri Lanka is pretty much the same and I was clearly in the zone from the start. I just enjoyed the weather out as it was like I was training in my backyard,” Priyantha told the official website of Paralympics.

In this category, India’s Devendra Jhajharia was the favourite, who settled for the silver with his throw of 64.35, while his compatriot Sundar Singh Gurjar won the bronze medal in the same event with a throw of 64.01.

Priyantha, who severely injured his left arm during a military action against the LTTE, took to Para sport in 2014. But his sports career was not enough to sustain his family and mostly had to rely on the pension from the army.

“Yes, my wife was very upset with me doing the sport. However, now she supports me. I have three kids and I can’t wait to go and see them. They will be thrilled to see me back with a gold,” said Herath, whose deep scars from three bullet wounds are evident on his left arm.

“It took me four years the piece my hand together. Those were the most testing times of my life. However, javelin has given me everything, it has helped me get my life back together and this gold is the result of all the hard work that I have put in,” Priyantha was quoted as saying.

Off the field, Priyantha and Jhajharia are good friends, but on the field they are fierce competitors.

The 32-year-old Sri Lankan said: “You know we both started together and have great respect for each other. It’s like a journey together and it is great to see the sport grow in Asia. If we can contribute to the development of the sport, then nothing will be like it.”

“You will be surprised to know there are so many kids now following the sport of javelin. It has simply picked up. There is a belief now that we can compete with the Europeans. You will see Asia will emerge as a superpower in javelin in the coming years,” he added.