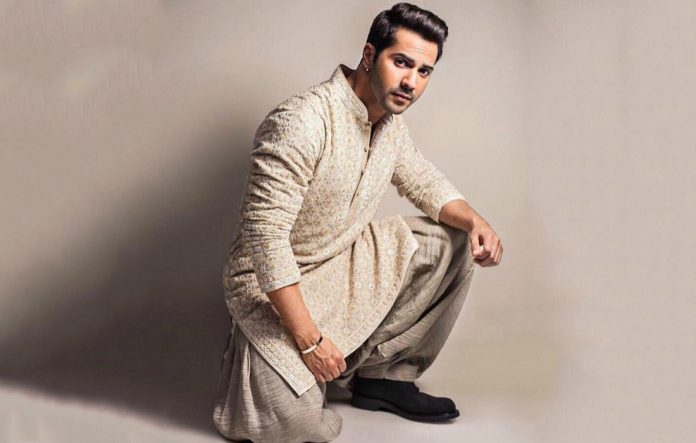 Varun Dhawan has been acting since 2012 and boasts of an enviable list of credits to his name. In a time where no one can predict what the audience is going to like and dislike, the actor has delivered zero flops to date, something which always keeps him in heavy demand. Last seen in Yash Raj Films’ Sui Dhaaga (2018), Varun is currently busy promoting his next release, Kalank. Helmed by Abhishek Verman, Kalank is a multi-starrer period drama also featuring Madhuri Dixit, Sanjay Dutt, Alia Bhatt, Aditya Roy Kapur and Sonakshi Sinha in principal roles.

In his latest interview with Eastern Eye correspondent, Mohnish Singh, Varun talks openly about his character in Kalank and what went into its preparation from his end. He also shares his experience of working in a multi-starrer. We also hear about his wish to work in a biopic on his filmmaker father, David Dhawan.

Tell us something about Zafar, your character in Kalank?

Zafar is a very hard-hitting, serious and intense character. One thing that I have learnt while working on this project is that people are not bad; circumstances make them react to certain things in certain ways. Also, how a person is raised contributes a lot to what he becomes. The film is based in the 1940s, a period when our country and people were going through a lot. The atmosphere back then was such that made people really hard.

How did you prepare for your character?

I always had a maulana on the sets of the film, who taught me everything from how to perform wudu (a type of ritual purification in Islam) to how to offer namaz, etc. We were very particular about everything. Instead of learning things by watching videos and all, I preferred to have a person who could teach me everything.

I did not only learn how to perform wudu and offer namaz, but I also made sure that I understood the meaning and significance of everything that Zafar does being a Muslim guy. It feels good when you know the real meaning of what you are doing as an actor. I really enjoyed playing the character of Zafar.

I still remember that when I went to the sets of Heera Mandi to commence the shoot with the song ‘First Class’, there were almost 500 dancers and the moment they saw me wearing a pathani suit and those kohl-rimmed eyes of mine, they started screaming, “Zafar bhai! Zafar bhai!’ That gave me a real high.

Does the film also touch upon Indo-Pak partition?

How did it feel to work with such a huge star cast?

It is always very, very exciting to do something like that. When I heard the story of the film for the first time, I felt it has to have a bunch of amazing actors in it. Everyone has been cast in their role for a purpose. Sanjay Dutt is correct for Balraj Chaudhry. No one else could have done the role of Bahar Begum better than Madhuri Dixit. Aditya fully fits the character that he plays in the movie. He has pulled it off so well. Sonakshi is perfect for Satya. It becomes very special when Alia and I do a film together. I am waiting to see how the audience reacts to Kalank.

You and Alia have a huge fanbase. How does it feel when fans react so positively to films you two do together?

It is exciting. It is very exciting. We both have travelled the whole country – in fact, the whole world – together to promote our films. We have performed, danced and done a whole lot of things during promotions. Apart from how do we feel about everything, there is a big responsibility also, because people expect something special from us and our films. It is nice that we have done something different in Kalank from the Dulhania series and the campus romance.

We also like to challenge ourselves as actors. We are also growing up. She started working when she was 17 and I was 22. A lot of time has elapsed and we both have grown up. The characters that we play in Kalank show our growth and maturity. It proves we can do this as well. When people look at our careers 10-15 years down the line, individually or as a duo, they should feel that we did so many diverse characters as actors.

How was it to work with Abhishek Verman?

I have said this in my previous interviews also and I reiterate it that Abhishek Verman is a very adamant filmmaker. He was very obsessive about this film. When I was doing action sequences, his main focus was on getting what he wanted. He was not at all concerned about the fact that I may break my hand while doing those sequences or I may even fall and die.

Abhishek has spent a lot of time on this film. It is very close to his heart. So he wanted everything to be exactly the way he had visualized. If he was not satisfied with a certain shot, he would come and ask me to do it again or until he was satisfied. He is a very unyielding but talented filmmaker. For a filmmaker, it is a superb mixer. He is just 36, and trust me he has made quite a big film for his age. Though you won’t find him anywhere around for promotions and all, let me tell you that he is more concerned about this project than anyone of us. I really enjoyed working with him.

Share your experience of working with Sanjay Dutt and Madhuri Dixit.

It was an amazing experience. I have several scenes with Madhuriji. And these are not just any random scenes; they are very powerful scenes.

When Madhuriji comes on the sets, she does not go anywhere till the shoot for the day is not finished. She works with so much dedication. She observes others’ work very passionately. She is indeed a great artist. I really loved working with her and Sanju Baba.

When are you starting the remake of Coolie No. 1 (1995) with your father, David Dhawan?

I will start work on that film after wrapping up Street Dancer 3D.

There were reports that you have replaced Rajkummar Rao in Stree 2?

Yes, I would love to do a biopic and there is something we are currently working on. I would also love to do a biopic on my father. I have seen him go through so many ups and downs in life. He came to Mumbai to become an actor but ended up becoming a director. He has worked with so many talented artists like Rajesh Khanna, Amitabh Bachchan, Govind, Salman Khan, etc. I think it will be an interesting film. Let me tell you that he is scared of cats. Once he was shooting in Switzerland and cats over there were quite chubby. He was very scared of them. He is also afraid of escalators. Whenever he travels to other countries and sees skyscrapers, expressions on his face change swiftly. He is still that small town boy at heart.