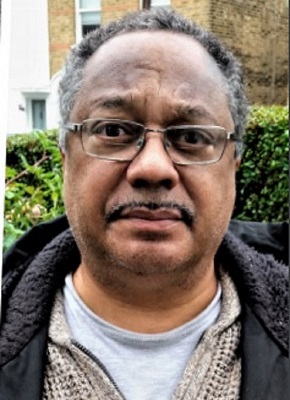 MARC WADSWORTH has spoken about his updated and, in fact, scholarly biography of Shapurji Dorabji Saklatvala, a member of the wealthy Tata family in India who became a Communist, representing Battersea North in London as a Labour MP from 1922-1923 and from 1924-1929.

It took Wadsworth 10 years to bring out the first edition of Comrade Sak in 1998. After 22 years, the second edition, launched on October 2 “to coincide with Mahatma Gandhi’s 151st birth anniversary”, has new material on how MI5 spied on Saklatvala (March 28, 1874-January 16, 1936) and his correspondence with Gandhi.

Wadsworth, 64, was born in Birmingham of a Jamaican father George and a Finnish mother Sisko, to whom his book is dedicated. He has called Comrade Sak “a labour of love”.

In an exclusive interview with Eastern Eye, Wadsworth revealed he had been questioned about why he, as a black man, has written about an Asian: “I’ve been criticised. People have said to me, ‘So why did you write about that P**i?’ And I said, ‘Do you know who you’re talking to? I have ancestors from Bihar. So you’re talking to one. Mind your language.’ You know, we’ve got to celebrate what unites us, rather than what divides us.”

He added: “This is a story of the collaboration between African-Caribbeans and Asians. Let’s remember that Saklatvala was introduced to Battersea in 1919 by a pan-Africanist champion, John Archer, who became the first black mayor in London in 1913.”

After discussing his own origins with “David Dabydeen, the great scholar from Guyana”, Wadsworth says some of his ancestors were brought to the Caribbean as indentured labourers from Bihar, in India.

In Wadsworth’s opinion, Saklatvala was “the most important Indian fighter for independence outside of India in the 20th century, with Dadabhai Naoroji coming at the end of the 19th century”.

Saklatvala’s politics were truly radical. “He won as a Labour candidate in 1922 and 1924 backed by the Battersea Trades Council and Labour party,” the author said. “But he didn’t hide the fact that he was also a member of the Communist party. He stood (unsuccessfully) as a Communist only once, in 1929. By that time, the Labour party had abandoned communists like Saklatvala.

“He used to hold rallies in Trafalgar Square and completely fill the square with the hunger marches for the unemployed. His frequent visits to Ireland were to support Irish independence. In the main road in Dublin, O’Connell Street, he would get more than 10,000 people turning up as if he was some pop star.

“He was locked up in 1926 during the general strike – he spent two months in Wormwood Scrubs prison for a speech he gave in support of the striking miners.

“The police knocked on his door and arrested him and he was arraigned at Bow Street magistrates’ court. He refused to be bound over to keep the peace and was taken off to jail.”

In Saklatvala, a Parsi whose politics belonged to the radical Left, Wadsworth has discerned a kindred spirit. For example, Wadsworth’s CV says that he is “an award-winning black rights campaigner, writer, broadcaster and BBC filmmaker. He was a founder of the Labour party Black Sections and led the organisation for two years, including when four of its members made history by being elected MPs in 1987.

“In 1991, he founded the Anti-Racist Alliance, Europe’s largest black-led movement, and helped the parents of murdered black teenager Stephen Lawrence set up their campaign for justice. He introduced them to Nobel Prize winners Archbishop Desmond Tutu and Nelson Mandela.

“Wadsworth is chair of the National Union of Journalists’ Black Members Council. He has a King’s College London master’s degree in contemporary British history, is an associate fellow in the University of Warwick’s Yesu Persaud Centre for Caribbean Studies and guest lectures in Britain and abroad.”

As to what is new in the updated biography, Wadsworth said: “There is a sevenpage preface which wasn’t in the first edition, which very clearly posits the relevance of Saklatvala’s politics with today. There were seven chapters, and each has been updated because a lot of things have happened since the first book came out, including, obviously, Black Lives Matter.”

Wadsworth writes in the preface: “In the 22 years since the original publication of Comrade Sak, I believe its subject has become even more relevant.

“Since MI5 papers, including files on Shapurji Saklatvala, were opened to the public in 2000, fresh information emerged about just how seriously the British state regarded him as a threat to the status quo, and about his deep involvement with revolutionary anti-colonial politics.”

He made it clear his biography of Saklatvala was not a hagiography. “He was wrong in his dispute with Gandhi” over how to achieve Indian independence.

In his book, Wadsworth concludes: “As Saklatvala repeatedly charged, and is documented in my book, Labour in power frequently displayed attitudes and practices towards empire, colonialism and, frankly, in the racist immigration laws it brought in, that differed little from those of the Conservatives.

“Saklatvala’s principled, internationalist and socialist critique of empire was never shared by more than a minority of members of the Labour party, with the exception… of small groups on the left, such as Fenner Brockway’s Movement for Colonial Freedom.”

After one visit to India, the British authorities made sure Saklatvala never again visited the country of his birth for fear he would stir up trouble for the Raj. When Saklatvala died in 1936, “his funeral procession was reported to have been more than a mile long…. condolences came from all over the world.”

After a funeral service at Golders Green Crematorium, “his ashes were buried at Brookwood Cemetery, Surrey, where the British Parsi community owns a large plot of land, next to his parents and JN Tata (founder of the Tata Group), whose last resting place was also England.”

Wadsworth’s biography (£14.99) has been published by Peepal Tree Press, which specialises in hidden black history.