A mysterious and uniquely designed tray from the historic city of Bidar in South India is at risk of being exported from the UK unless a buyer can be found.

The ‘Tear Shaped Bidri Tray’, which is believed to have been made in the first half of the 17th  century by an unknown craftsman, has been blocked from export by Michael Ellis, UK Minister for Arts, Heritage and Tourism, to provide an opportunity to keep it in the country.

The decision on the export licence application for the item will be deferred until April 17. This may be extended until July 17, 2019 if a serious intention to raise funds to purchase it is made at the recommended price of £75,000.

The tray, deemed to be of a rare size and shape and unparalleled finesse, is in a metalworking technique known as ‘Bidri’, the name deriving from the capital city of the Bahmanid sultanate of the Deccan which was one of the major Muslim kingdoms of medieval India.

It is also believed to be one of only two bidri objects to have its entire outer surface covered in silver inlay, decorated through a complex intertwining of scrolling lines bearing leaves and stylised flowers.

The 17th century Bidriware is rare in any collection in the world, with the vast majority of pieces in UK public and private collections dating from the 19th century. Even the Jagdish and Kamla Mittal Museum of Indian Art, which has the finest collection of Bidriware in the world, does not own a tray of this type.

Michael Ellis, Minister for Arts, Heritage and Tourism, said, “the Tear Shaped Bidri Tray highlights the style, detail and innovation of metalware produced on the subcontinent during this influential period in world history. When considering its unique nature, it is right that we do what we can to preserve this valuable item for the nation.”

Most of the tray’s ownership history is unknown. It is recorded as having been acquired by the London-based antique dealer Anthony ‘Tobi’ Jack in London by at least 1974, and was owned by the dealer Bashir Mohamed from 1974 to 2017.

Experts also believed that the tray highlights the Indian superiority in metallurgical knowledge, or scientific study of metals, at the time it was made. Appreciation of the zinc alloy technique of bidri may be indirectly linked to sharing with England how to produce metallic zinc, or carry out zinc smelting, on an industrial scale. This would ultimately lead to a transformation in English industrial production around a century later.

The decision to defer the export licence follows a recommendation by the Reviewing Committee on the Export of Works of Art and Objects of Cultural Interest, administered by The Arts Council. They made their recommendation on the grounds that the item is of outstanding aesthetic importance and significance for the study of Indian and Deccan decorative arts. 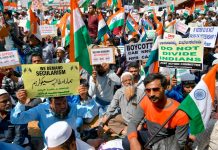 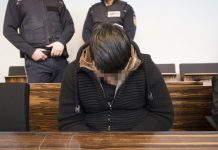