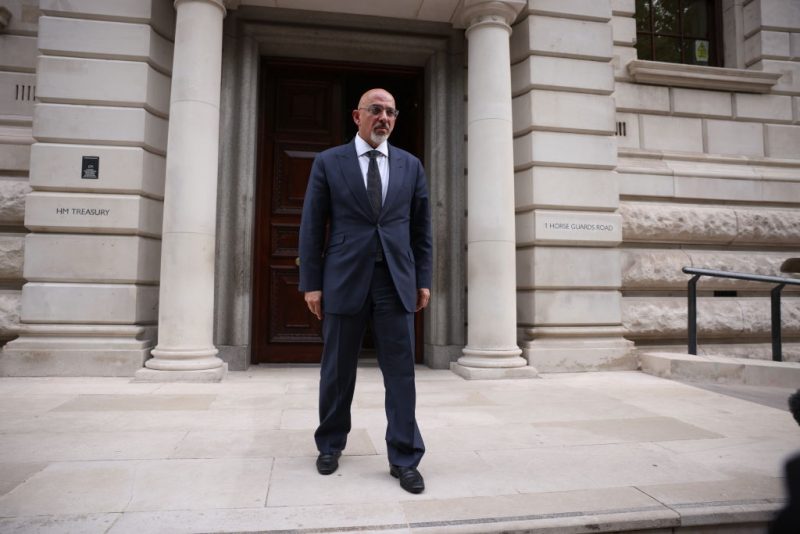 Britain’s finance minister Nadhim Zahawi, who is running to replace Prime Minister Boris Johnson, said on Monday he would publish his tax return annually if he becomes leader.

“I will publish my accounts annually. That’s the right thing to do,” Zahawi told Sky News after newspapers reported his tax affairs were being investigated by the authorities. He said neither he nor his wife had ever benefited from an offshore trust or had nom-domiciled tax status.

The contest to replace British Prime Minister Boris Johnson gathered pace on Sunday as five more candidates declared their intention to run, with many pledging lower taxes and a clean start from Johnson’s scandal-ridden premiership.

Johnson on Thursday said he would resign as prime minister, after many of his lawmakers and cabinet colleagues rebelled over his handling of a series of scandals, including breaches of lockdown rules in gatherings at his Downing Street office.

The Conservative Party’s 1922 Committee of legislators, which groups all backbench members of parliament, will set out the exact rules and timetable for the contest in the coming days, and is looking to speed up the process of whittling down the contenders to a final two.

Entering the race, Shapps, Zahawi, Hunt and Javid all pledged tax cuts, setting them against the current favourite, former finance minister Rishi Sunak, whose budget last year put Britain on course for its biggest tax burden since the 1950s.