Boris Johnson clings on despite clamour for his resignation

Despite being all but fatally wounded, Johnson said he had a mandate from the 2019 election to press on. 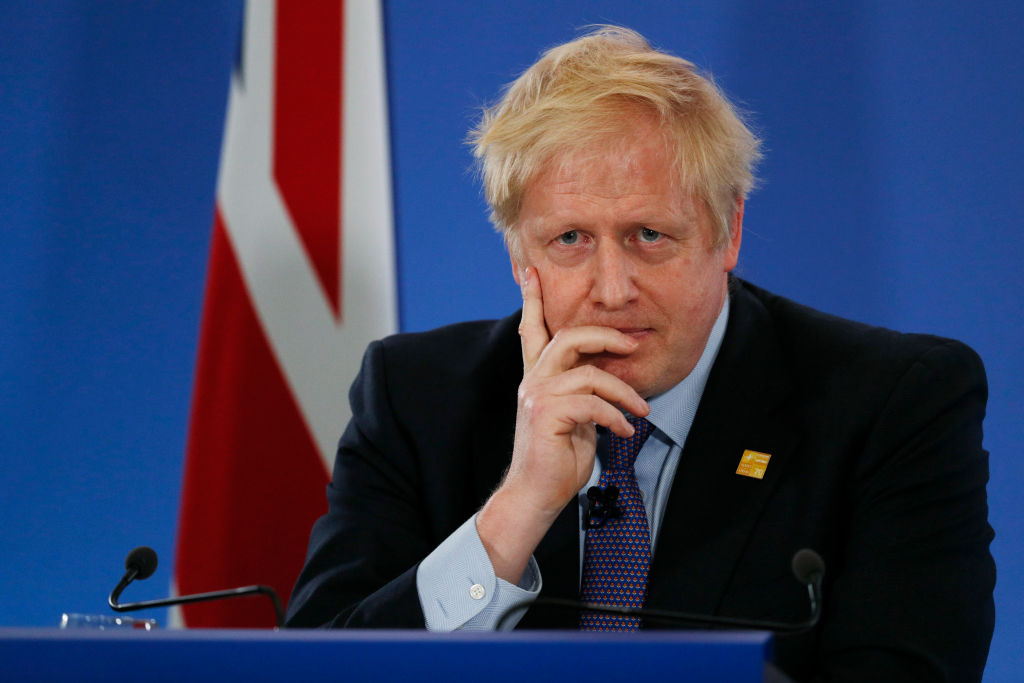 A group of Boris Johnson‘s senior ministers were set to tell him to resign as British prime minister on Wednesday, media reports said, after he insisted he would not quit in the face of a mounting rebellion in his party.

With a BBC report that a group of his most senior ministers were poised to tell Johnson to quit and government resignations rising to more than 30, some questioned the wisdom of Johnson trying to ride out the storm, wondering out loud whether there was anyone left to fill the sudden influx of vacancies.

Despite being all but fatally wounded, Johnson said he had a mandate from the 2019 election to press on.

“I am not going to step down and the last thing this country needs, frankly, is an election,” he told a parliamentary committee.

The response was brutal. At parliamentary questions, some of his Conservative Party struggled not to laugh when others poked fun at the prime minister. He later took a pummelling from the so-called liaison committee, where senior politicians grilled him over his past behaviour, his motivation and some of the scandals that have come to define much of his tenure.

Johnson might take some relief from the so-called 1922 Committee that sets the rules for leadership confidence votes. It decided to hold an election to its executive before changing the rules to bring forward a confidence vote in Johnson. Read full story

A spokesperson said Johnson was confident he would win a confidence motion.

Johnson was steadfast in his desire to carry on.

Arriving in parliament for the appearance, he responded to questions over whether he would quit with the words: “No, no, no.” He told the liaison committee that he would carry on to deliver on his programme with which he won a 2019 election, sarcastically suggesting that he was having a “terrific” week.

“Frankly, the job of a prime minister in difficult circumstances when you’ve been handed a colossal mandate is to keep going,” Johnson told parliament. “And that’s what I’m going to do.”

Earlier, he tried to reassert his authority by quickly appointing Nadhim Zahawi, a rising star in the Conservative Party widely credited for the successful rollout of COVID-19 vaccines, as finance minister.

But the BBC reported that a group of cabinet ministers, including Zahawi, would call for him to go.

At the appearances at the liaison committee and in parliament, Johnson could have been under no illusion at the level of anger in his party.

Conservative lawmakers repeatedly asked him whether he was going to do the right thing and go at the liaison committee, while in parliament cabinet ministers struggled to contain their laughter as the opposition Labour leader poked fun at his cabinet for being in the “charge of the lightweight brigade”.

It underlined the reversal of his political fortunes – from a landslide election victory in 2019 to now, when the resignation of his finance and health ministers opened the floodgates for more junior ministers to quit.

Standing in the backbenches, his former health minister, Sajid Javid, detailed the scandals, missteps and gaffes that have marked Johnson’s tenure so far.

“At some point, we have to conclude that enough is enough. I believe that point is now,” Javid told a silent parliament, with Johnson listening stony faced.

At the later appearance before the chairs of select committees, a relatively sedate first half rapidly descended into questions about his behaviour and his views on ethical standards in politics.

At one point he was asked if he was suffering memory loss when he could not answer a question – a reference to his excuse for appointing someone who had faced accusations of sexual misconduct.

“I suspect we will have to drag him kicking and screaming from Downing Street,” one Conservative lawmaker told Reuters, speaking on condition of anonymity. “But if we have to do it that way then we will.”

A former journalist and London mayor who became the face of Britain’s departure from the European Union, his landslide 2019 election win soon gave way to a combative and often chaotic approach to governing.

His leadership has been mired in scandals over the last few months, with the prime minister fined by police for breaking COVID-19 lockdown laws and a damning report published about the behaviour of officials at his Downing Street office who breached their own lockdown rules.

There have also been policy U-turns, an ill-fated defence of a lawmaker who broke lobbying rules, and criticism he has not done enough to tackle inflation, with many Britons struggling to cope with rising fuel and food prices.

The latest scandal saw Johnson apologising for appointing a lawmaker to a role involved in party welfare and discipline, even after being briefed that the politician had been the subject of complaints about sexual misconduct.

Downing Street’s narrative changed several times over what the prime minister knew of the past behaviour of the politician, who was forced to resign, and when he knew it. His spokesman blamed a lapse in Johnson’s memory.

That prompted Rishi Sunak to quit as chancellor of the exchequer – the finance minister – and Javid to resign as health secretary.

Several junior ministers who quit cited Johnson’s lack of judgment, standards, and an inability to tell the truth.

A snap YouGov poll found 69% of Britons thought Johnson should step down as prime minister.

A month ago, Johnson survived a confidence vote of Conservative lawmakers. Current party rules mean he cannot face another such challenge for a year but some lawmakers are seeking to change those rules. Were Johnson to go, the process to replace him could take a couple of months.

“As the prime minister constantly tries to deflect from the issue, always tries to blame other people for mistakes and that leaves nothing left for him to do other than to take responsibility and resign,” said Gary Sambrook, a Conservative lawmaker first elected in 2019.