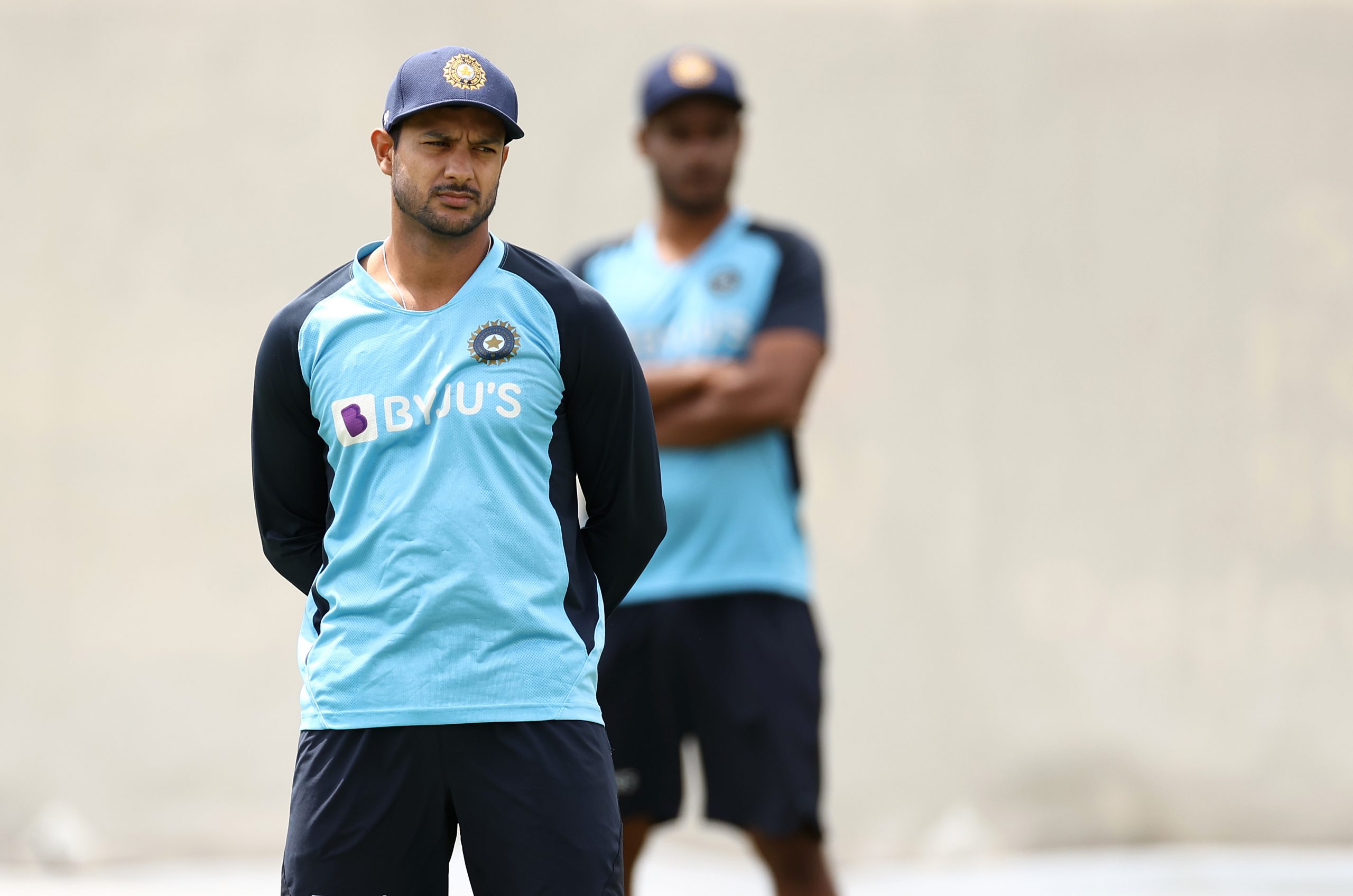 Mayank Agarwal hit an unbeaten 120 to lead India’s fightback on the opening day of the second Test after Mumbai-born New Zealand spinner Ajaz Patel took all four wickets to fall.

India reached 221 for four at stumps with Agarwal and wicketkeeper-batsman Wriddhiman Saha, on 25, in the middle after the hosts elected to bat first on a weather-hit day when only 70 overs were possible.

Agarwal lifted India from a precarious 80-3 when Patel struck twice in one over with his left-arm spin to send back Cheteshwar Pujara and skipper Virat Kohli for ducks.

Patel broke a 80-run opening stand between Agarwal and Shubman Gill, who made 44 before being caught by Ross Taylor, and India rapidly lost three wickets in the space of 16 deliveries.

Kohli lasted only four balls on his return to the team after stepping down from the Twenty20 captaincy and a short break following the World Cup, adjudged lbw by umpire Anil Chaudhary.

The star batsman called for a review but the third umpire upheld the decision after numerous replays, some angles of which suggested the ball could have hit the bat first.

A visibly upset Kohli returned to the pavilion after having a word with umpire Nitin Menon and silence prevailed at the Wankhede Stadium.

But Agarwal and first-match centurion Shreyas Iyer put on 80 runs between them to rebuild the innings.

Patel struck again to get Iyer caught by wicketkeeper Tom Blundell for 18.

New batsman Saha took 17 deliveries to get off the mark but did so with a straight six off Patel and put on an unbeaten stand of 61 with Agarwal.

Agarwal reached his fourth Test hundred — including two double centuries — with a boundary off Daryl Mitchell and let out a roar amid raucous applause from the crowd.

Patel’s figures of 4-73 in 29 overs were a boost for a New Zealand side who are without captain Kane Williamson, ruled out ahead of the toss with a troublesome elbow injury. Tom Latham is the stand-in-skipper.

The first session of the day was lost to wet patches at the stadium following two days of unseasonal rain in Mumbai.

New Zealand, the world Test champions after beating India in the title clash in June, hung on for a draw in the opening Test.