Daughter reveals why anxiety and anguish are the price children pay for their lives abroad. 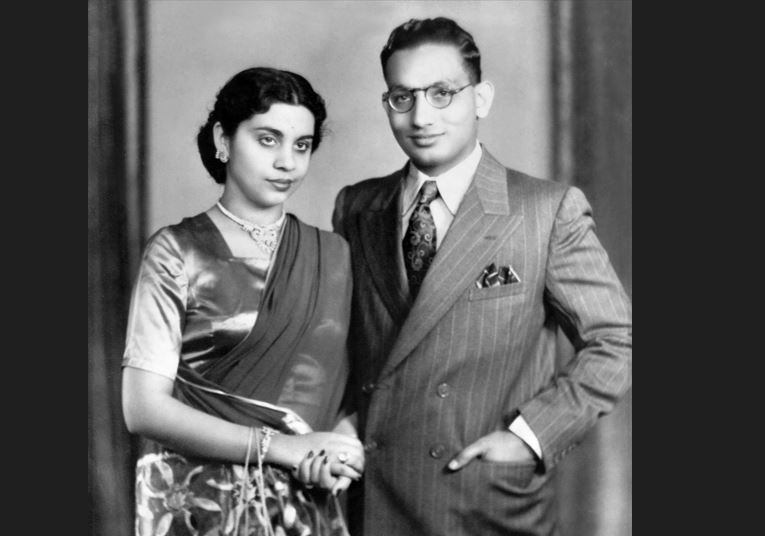 “At the end, death came to him like a mother and lifted him up gently, tenderly, to carry him through the exit to the other side. It was sandhya, dusk, when the veil between day and night is thin.

“Patty Kent, my father, had occupied the earth for so long, having lived for 96 years, and his life could be divided into three parts. His time of childhood in an Anglicised home with his distinguished doctor father, a time of high jinks. Then the period of youth, when he married, had his own family, and built a career. He was very clubbish, a raconteur and bon vivant, built clubs, organised parties and weddings. Then he suffered a serious stroke in 1987, at the of 61, and spent the next 36 years in a disabled body, unable to read or write or hold conversations.

“I had, meanwhile, moved to London to study art and filmmaking and stayed on there, working as a journalist and filmmaker, and for charity. Continents and oceans separated me from my parents in Delhi, and my anguish and panic grew in proportion to their age, as they grew sicker and more fragile.

“My feelings are the same as what millions of other Indian children living far away feel in their hearts and minds. The angst of our contemporary age is that we pay in the coin of alienation, loneliness, stress and guilt for the great wealth and glory to be found in making careers in America or Europe. There is constant pressure to catch up. Then, one day, death catches up with us, unplanned, unscheduled and oh-so-final. There is always a price to be paid for everything.

“My father had been very athletic, and was courageous throughout his long stint as a handicapped man. Aphasia also meant he was unable to find the right words, and no one had the patience to try and understand what he meant, apart from his family. He had been high-spirited, boyish, with a keen sense of humour – he was a devoted father who made our childhood exciting, dressing up as Father Christmas for children’s parties at the club, creating treasure hunts for our birthday parties, sometimes cooking us breakfast on Sundays. He taught us by example the values of honesty, straight-forwardness, punctuality and decency. Lying and cheating were anathema to him. A dedicated sportsman, he took us swimming, played tennis and badminton, and encouraged me to be sporty and become the school sports captain.

“But his real worth emerged when he suffered the crippling stroke in 1987. His life hung by a thread in hospital for about a week, when he was not aware of anything. On the sixth day he opened his eyes as we kept vigil by his side. He suffered, my mother suffered, we all suffered. That’s when the reality of living on separate continents really begins to bite.

“At first, he was waiting to recover and return to the work and the world he loved. Slowly, as hope of recovery ebbed away, fear and the frustration of being trapped in a disabled body hit him like a truck. Intense anger followed, and my mother bore the brunt of it for many years. Then the frustration was gradually replaced by unflagging cheerfulness and stoicism.

“His heroism in facing life as a handicapped man, with his right side paralysed, was the greatest lesson to me. A highly-educated technocrat, urbane and witty, with beautiful handwriting which I tried to emulate, he was now reduced to fumbling for words. He had been the life and soul of the party, but friends and relatives soon forgot him when the stroke changed him. As Kafka writes in Metamorphosis, at first everyone is intensely concerned, but that is soon replaced with indifference.

“My parents changed, and the world around me changed. I felt helpless. I was young and unsettled, but was flying back and forth to support him and my mother, who was drowning in unshed tears. She had no sister to lend her a shoulder, and my siblings live abroad.

“Amrit, my mother, was the most vivacious woman I ever met in my busy life –educated, talented, a singer, poet, play-wright and author, and lover of the divine. Her laughter filled our home. She had been sent away from home to Queen Mary’s boarding school in Lahore, an upper-crust establishment for girls from royal and noble families all over India.

“Miss Cox, their English headmistress, taught her the Queen’s English, ballroom dancing, deportment and swimming. The Urdu language was taught as a concession to Lahore. My mother became an Urdu poet and playwright, wrote books in English, sang on stage and made records. She lit up our childhood, making it hugely enjoyable. She learnt the Japanese art of Ikebana flower arrangement, and I accompanied her to select flowers and driftwood when she set up stalls at charity fairs.

“Time passed. Her world turned upside down with her husband’s stroke. She was cut off. The fun faded, the house fell silent, and she stopped laughing. She died in 2019, on March 15, broken by old age, fractured bones and intense loneliness.

“When I first went to London as a student in the late 1970s, international phone calls were costly and I posted letters home in the red letter-box at the bottom of my Hampstead street. ‘Foreign’ calls became easier and cheaper as technology exploded, and now they are virtually free of charge. Later, I would ring my parents daily, but as international calls became cheaper, our conversations grew shorter. My mother’s hearing had deteriorated and my father could not speak fluently after the stroke.

“So, while it’s a great time to be alive, it’s also the worst of times. Our lives are spinning ever faster, like a child’s top spinning out of control. Great personal freedom is ours for the taking, that too after being equipped with the best education our parents can afford. Children follow their fortune to different countries, different continents. What about the parents you left behind? It’s no burden to the child as long as parents are able-bodied, can play a game of bridge, meet cronies at the club, and travel out to their children over summer or winter.

“But time is unstoppable, relentless, and each passing decade etched its own lines of sorrow on my mother’s face. A Siberian shaman once told me the longer we live means that each decade hits us with particular illnesses. The machinery wears out. A mother could die alone and untended in Delhi while her daughter is busy in Birmingham. A father could breathe his last in Kolkata while his son is in meetings in London.

“So far away. Doesn’t anyone live in one place any more? No, they don’t. It would be so nice to see your face at my door (Carole King). Now I can see your face across the sea on Zoom or Face Time, but not so much in the flesh. Online platforms for meetings have made a mockery of distance. Yogis aver that it takes several lifetimes to transcend time and space, and have their own subtle, silent web of communication. Meanwhile, the worldwide web instantaneously links us up from distant corners of the globe, but that’s cold comfort for an old parent who needs a hug. We meet our parents less and less, and living half a world away creates great anxiety when they are sick.

“The technological revolution, the pandemic, the cultural flattening of the world, and the rapidly changing values that are criss-crossing the globe at the speed of light and sound, have all created confusion. Nothing like this has been experienced by us before. The  profound spiritual question – who am I? – has taken on an altogether different meaning of identity. Am I an Indian, British Indian, American Indian, Fijian Indian, Australian Indian, Nigerian Indian, Canadian Indian, Swiss Indian, or what? Who’s Indian am I? Sometimes straddling two boats means you fall into the river.

“A hundred years ago it was a different planet. The sheer pace of change in our world is mind-boggling. Thoughts and beliefs, language, food and culture, values, morals and ethics, money and power, education and travel, technology and inventions have turned the world on its head. Anything from an earlier time could just as well belong to the age of the dinosaurs. We have to constantly change and re-invent ourself because things are moving so fast.

“The change was bewildering for my parents. Old values went out of the window, old and settled societies became a shard of memory, and every succeeding generation seemed to create their own rules. Their thirst for love is everyone’s longing for love.

“Now they are both gone. My yesterdays were with them, today I will continue to paddle my canoe upstream, and ‘tomorrow is another day’.”