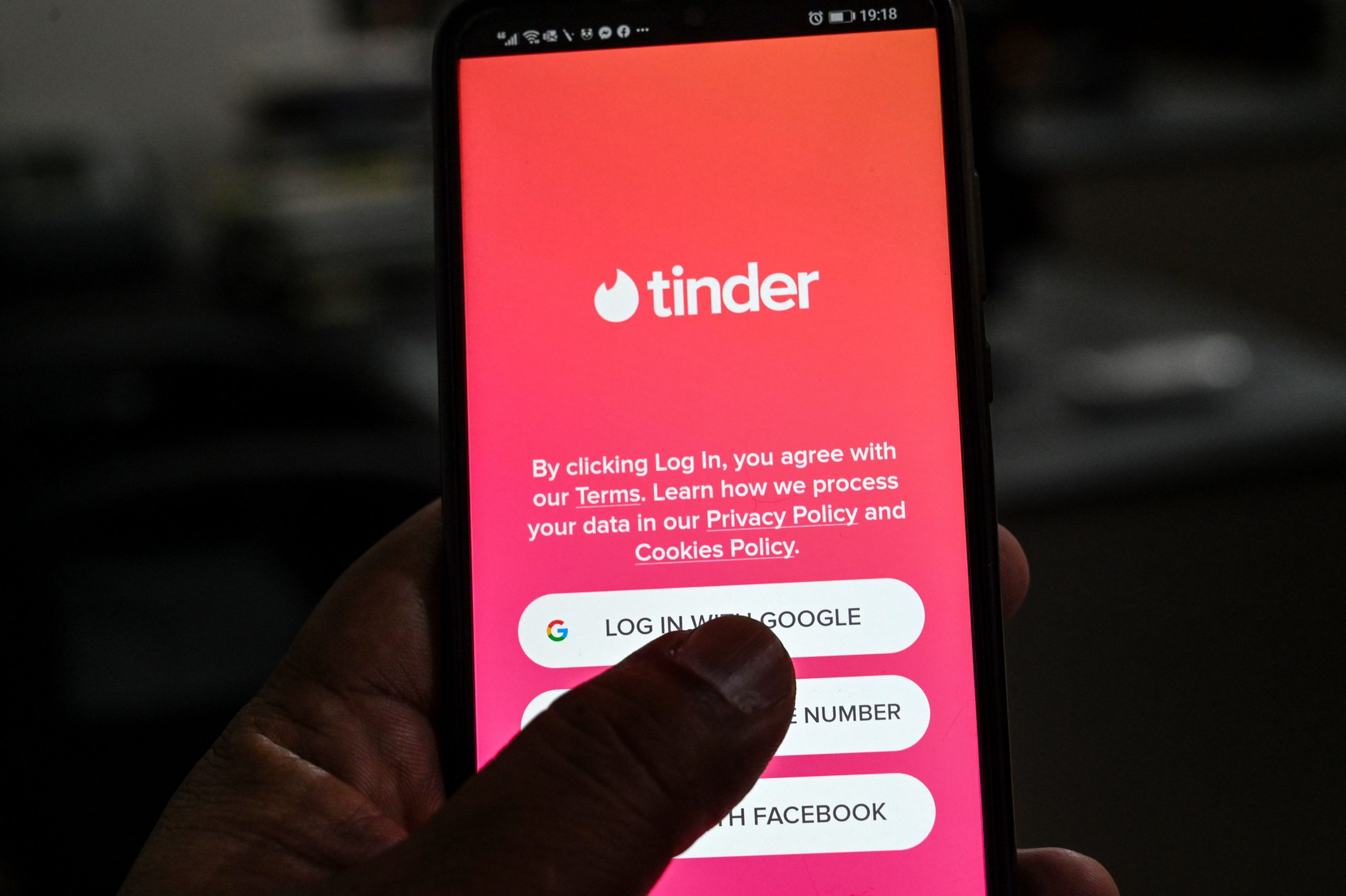 In this photo illustration taken on October 6, 2020, a user checks the dating app Tinder on a mobile phone in Islamabad. – Unlike in many countries where meeting online is routine, Pakistanis who use dating apps regularly face harassment and judgmental relatives — and now also have to contend with a government clampdown. (Photo by Aamir QURESHI / AFP) / To go with ‘PAKISTAN-MARRIAGE-DATING’, FOCUS by David Stout and Kaneez Fatima in Lahore (Photo by AAMIR QURESHI/AFP via Getty Images)

After endlessly swiping through pictureless profiles on dating apps, Muhammad Ali Shah still hasn’t found the one — or really anyone — to get serious with in Pakistan.

In the ultra-conservative Islamic republic, where arranged marriages are the norm, he says many women choose to stay anonymous, making online dating matches tricky.

“It’s slim pickings,” sighs the 36-year-old entrepreneur living in the capital Islamabad, saying friends have called him “desperate” and a “man whore” after going on dozens of dates over the past three years to little avail.

Unlike in many countries where meeting online is routine, Pakistanis who use dating apps regularly face harassment and judgmental relatives — and now also have to contend with a government clampdown.

Women users in particular fear possible retribution and often reveal little about themselves — using cartoons, avatars, or random pictures of nature instead of a profile photo.

“Girls aren’t comfortable… so they don’t really put their pictures or their real names. So it’s a guessing game,” explains Shah.

The self-described conversationalist relies instead on humorous ice breakers with new matches to kickstart chats, and only asks for a picture if the potential date is comfortable and possibly up for meeting.

“Most of the time I’m just left swiping because there aren’t any pictures. There’s no real information. The names are not there,” adds Shah.

“I don’t blame women for being so careful. I actually think it’s very smart.”

Securing a date is just the first hurdle.

In the self-proclaimed “Land of the Pure” — where sexual relations outside marriage, and homosexuality, are punishable with prison sentences — dating culture is unfamiliar.

“People don’t really understand the concept (of dating) in Pakistan,” explains Shah, who started to use the apps after his divorce.

“You meet them once or twice and then they will be like ‘we are looking for something serious’.”

A 27-year-old woman from Islamabad who was brave enough to post real photos and her name told AFP it was “kind of taboo to be on Tinder”.

“I was getting phone calls from friends saying ‘I can’t believe you’re on Tinder’,” she said, asking not to be named, adding that she connected with both women and men.

But she eventually deleted the app once business clients started trying to interact with her on it.

She says some of her friends who were willing to take the risk have found varying levels of success, but only after going on carefully planned dates.

“What we do when a friend of ours is going on a Tinder date, we normally just hang out at the same place,” she adds. “We make it sort of safe.”

If finding love online was already difficult, authorities last month banned Tinder, Grindr and other popular apps for failing to “moderate” their content.

The move dealt a fresh blow to what is already a niche scene in the country of 220 million people, where most online daters users come from the middle and upper classes in Pakistan’s urban areas.

The ban leaves other apps like Minder and Bumble outside the dragnet, while savvy users like Shah have already resorted to using VPNs to bypass the prohibition for popular platforms like Tinder.

“The biggest impact is the convenience and constancy that major stakeholders like Tinder and Grindr provided Pakistanis,” says Zulfiqar Suhail Mannan, a 22-year-old musician and educator living in Lahore who identifies as being part of the LGBTQ community.

For the more traditionally inclined, life without dating apps will serve as a return to normality.

“Dating is not part of our culture or religion. Things need to be done in a halal way — especially something as important as finding a life partner,” explains a 50-year-old matchmaker based in Karachi who has been helping families find suitable partners for arranged marriages for over a decade.

“Banning these dating apps is a way to preserve our traditions.”

But despite the potential pitfalls, some say finding love online is possible and a way to avoid arranged marriages.

“I’d simply had it with the whole culture of arranged marriage in Pakistan, where I’m paraded around in front of mothers, sisters and matchmakers as they pick on my flaws and remind me how I’m not worthy of their son,” says a 23-year-old medical student living in Lahore who met her husband on Tinder and asked not to be named.

“It took a while until I found someone I could trust, respect, and rely on,” she adds.

“But I found him on my own terms, and that’s what makes it special too.”