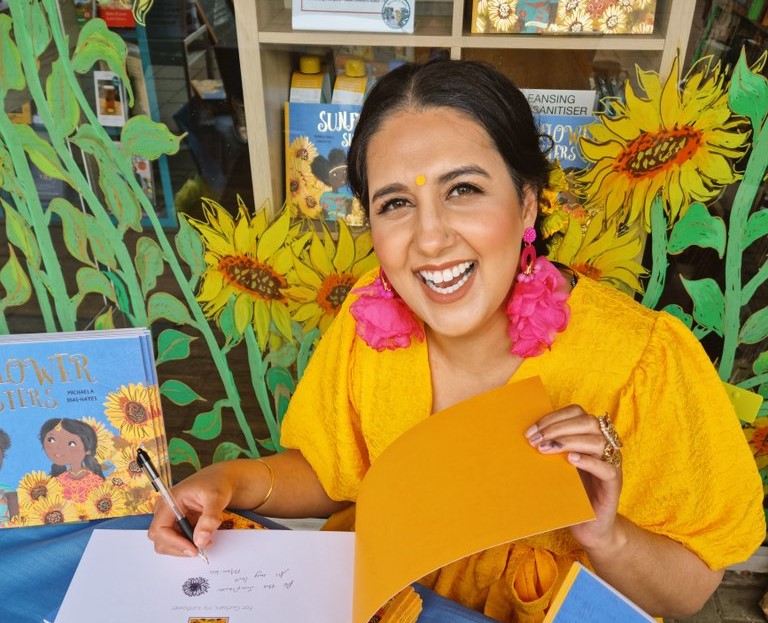 AN ASIAN author has revealed how her personal experiences of colourism influenced her debut children’s book.

Monika Singh Gangotra’s Sunflower Sisters focuses upon the friendship of two young girls, Amrita and Kiki. The plot showcases the joy of the friends experiencing each other’s south Asian and Nigerian communities and traditions – but also celebrates the colour of their dark brown skin.

Gangotra told Eastern Eye of her hope that the book could trigger discussions on colourism and how it can be addressed. “I wanted to shed light on the issue, how it comes about in the language we use, how ingrained and present it is and discuss how harmful it can be and what we can do about it,” she said. “It changes how we view beauty and the world around us, affecting the decisions we make and how we view ourselves. 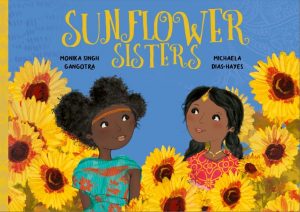 Gangotra has first-hand experience of colourism. Although born in Canada and now living in the UK, the author grew up in Australia. She and her family were part of a large Punjabi Sikh community in Coffs Harbour, a city on the north coast of New South Wales.

From a young age, Gangotra was exposed to negative connotations of dark skin. As a child, her mother would warn her to stay out of the sun and her skin would be lathered in sunscreen whenever she played outside. Dark skin was considered “dirty”, she said.

Pop culture had an impact too. South Asian films and music were a constant in Gangotra’s house, and she remembers the heroines always having light skin. “You could only be a hero in a film if you were fair skinned, which is what we aspired to be, because they were glamorous and lived these incredible lives,” she recalled. “They were our role models.”

Even as she got older, colourism still impacted Gangotra’s life. Leading up to her wedding day, she was advised to stay indoors as “her forehead looked dark”.

During her pregnancy, strangers would suggest Gangotra drink saffron milk to ensure she had a fair skinned child. Having a negative relationship with your skin colour is “incredibly sad,” Gangotra said. The associations of not being “good enough” ultimately affected her own self-esteem.

“When that is in the back of your mind, it subconsciously affects the decisions you make,” said the author, who is a trained psychologist. “You rethink how you dress, how you present yourself, the makeup you choose to put on… I’ve had comments
about the type of lipstick I wore, that certain colours will make my skin look darker so I shouldn’t use it.”

Although she is keen to emphasise the book is not aimed at demonising or shaming individuals who make such comments, Gangotra wants to raise awareness on how colourism can instil irrational shame and fear.

Gangotra has two children – a six-year-old daughter Gurbani and a nine-month-old son Zorawar. Gurbani is at a very impressionable age, so Gangotra tries to ensure she is a good role model for her daughter.

“I never talk about my weight or complain about my body,” she said. “Self-love for me is constantly fluid, I’m growing and learning as I get older, and I need to be mindful it will impact my daughter and how she sees herself.”

The book features a diverse array of characters – but unfortunately, it is still rare to see BAME representation within children’s books. Research by the Centre for Literacy in Primary Education (CLPE) last year found just 10 per cent of the 6,478 children’s books published in the UK in 2019 featured ethnic minority characters.

This was compared to seven per cent in 2018 and four per cent in 2017. Gangotra described the lack of representation as “incredibly sad”. Another reason for writing Sunflower Sisters was so children could see themselves reflected in the story.

She also wanted to share the similarities and the differences between communities. “We are connected in certain ways,” she explained, “but it was also important to acknowledge we are different. We are wonderfully diverse and by ignoring it, we’re not accepting how beautiful that is.”

Growing up, Gangotra was a big reader. However, she cannot recall ever reading a book with ethnic minority characters in it. Frances Hodgson Burnett’s classic The Secret Garden was a favourite as a teen – but only because the story began in India.

“I was so drawn to that,” recalled Gangotra. “The rest of (the book) has nothing to
do with India, but the fact there was a bit of Hindi language in there, I was like, ‘wow, this is amazing.’”

Gangotra’s love for reading has not diminished over the years. After she married and moved to the UK, her “massive” collection of books were the first belongings she packed and shipped from Australia. “It cost me a fortune,” the Birmingham-based writer laughed.

Her passion for reading has passed onto her daughter, who is a huge fan of the Sunflower Sisters. “She points out a character has a similar outfit to her, or she sometimes asks to wear her hair like Amrita,” Gangotra said. “Seeing her being able to relate to (the story) is so nice.”

Asked what she wanted readers to take away from the book, Gangotra hopes they see the importance of “being someone’s sunflower.”

“We are symbiotic,” she said. “We feed off one another, we grow together, so I hope people can take that away and reflect on being a sunflower to someone else. Loving yourself all the time is incredibly difficult, but if we have people in our lives who love us unconditionally, that might just be what you need. If we’re on that path of ensuring that love is always there, then our world will be very beautiful.”