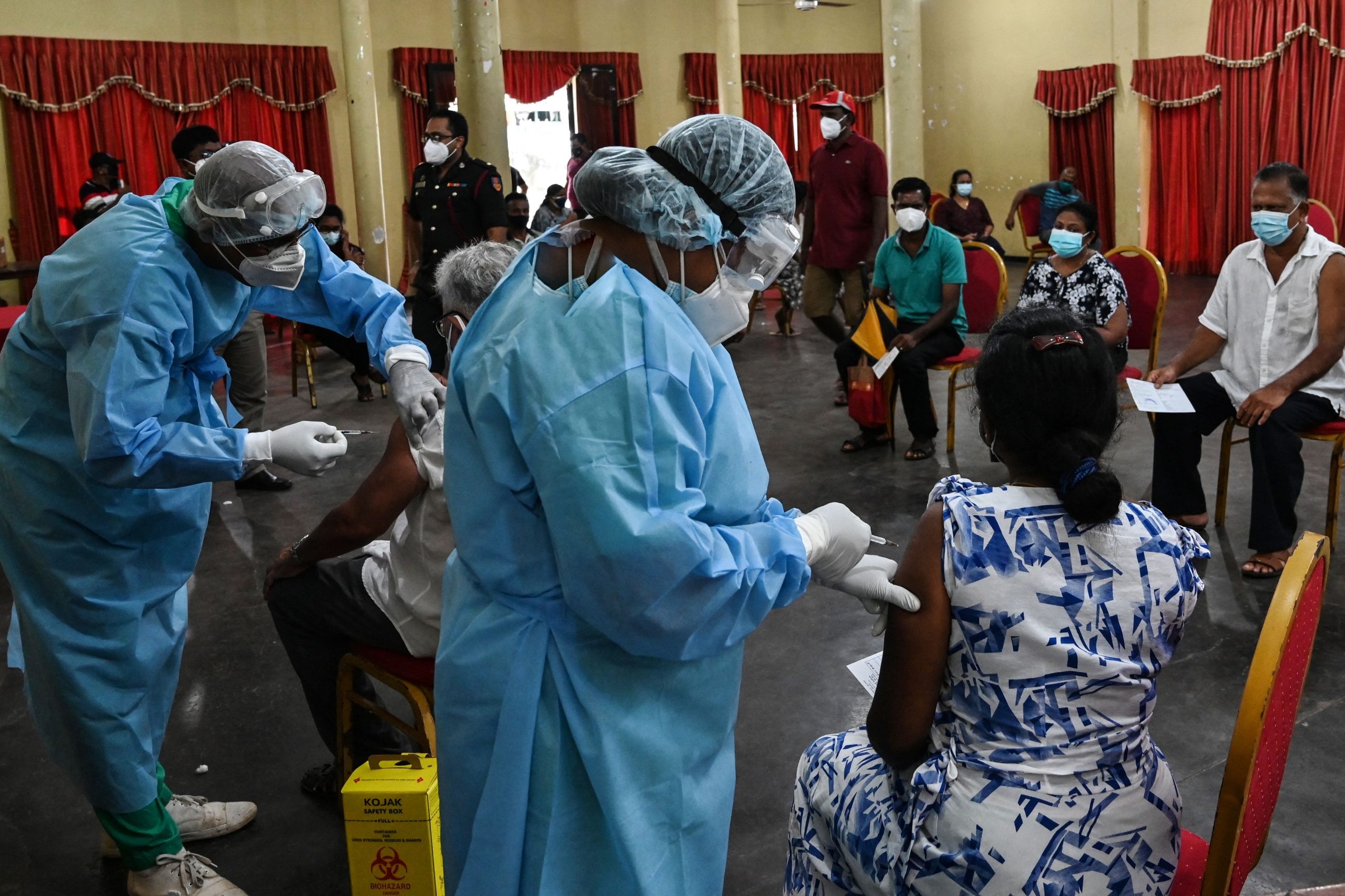 Health workers inoculate people with Chinese-made Sinopharm Covid-19 vaccine in Colombo on May 16, 2021. (Photo by LAKRUWAN WANNIARACHCHI/AFP via Getty Images)
Follow Us

SRI LANKA’s tourism ministry said travel restrictions would be eased for foreign tourists, a statement that raised many eyebrows as the country just lifted the lockdown with some curbs still in place.

The decision to allow foreign tourists to travel across the country follows a recommendation from Sri Lanka Tourism Development Authority director-general Dhammika Wijesinhe that foreigners could travel in the country in bio bubbles, The Island said on Monday (17).

Wijesinghe made the recommendation in the wake of complaints that foreigners experienced difficulties as a result of travel restrictions in a country where “tourism is categorized as an export industry”.

Tourism minister Prasanna Ranatunga had declared recently that the Bandaranaike international airport would not be closed, implying that the country was open to international travellers with restrictions in place.

Its spokesperson Rukshan Bellana said, “having allowed influential parties to bring in foreigners for quarantine in the country, the government caused the deterioration. The shocking declaration that restrictions would not apply to foreigners meant that the government is yet to comprehend the gravity of the situation.”

According to the report, Bellana reminded the government the death toll in the country is on the verge of crossing the 1,000-mark and the number of active cases is inching towards 150,000.

Meanwhile, the government lifted the three-day lockdown on Monday, but night restrictions are still in place. Government and private offices are advised to work with minimum attendance.

Police said the easing of restrictions is aimed only at facilitating essential services.