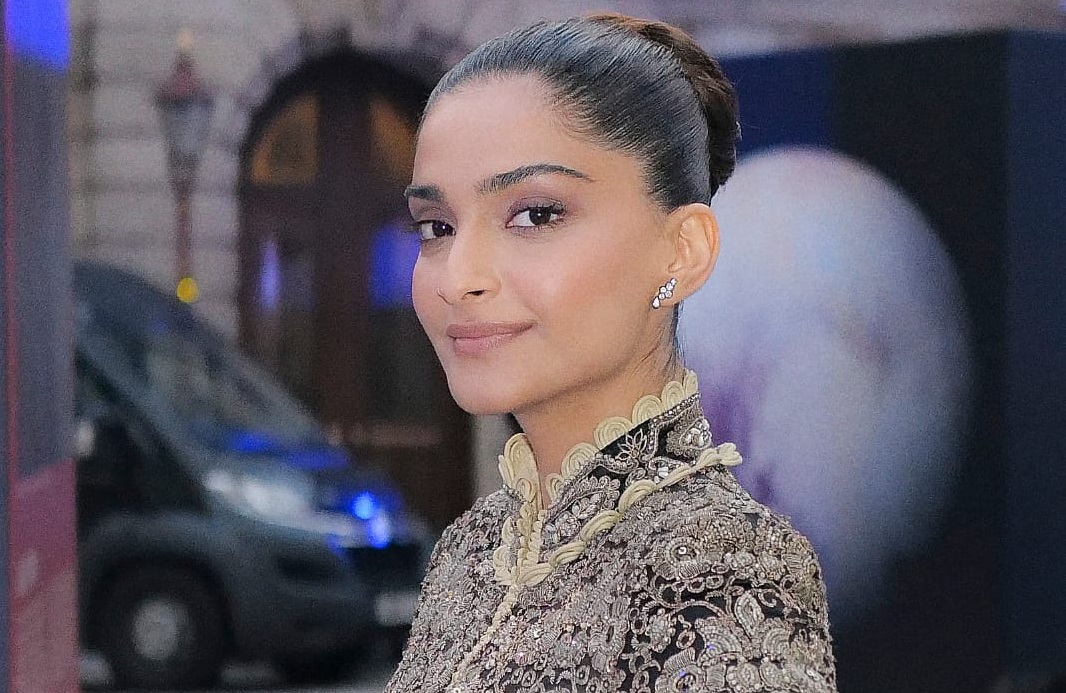 Bollywood star Sonam Kapoor, who is part of the committee for the Royal Academy of Art’s annual Summer Exhibition Preview Party, attended the event held in London. Known to be one of the most inclusive global personalities, it comes as no surprise that the popular actress was invited to be a part of the open, inclusive and democratic show.

Earlier this month, Kapoor opened the doors to her London office and home and was instantly pegged as an art connoisseur. Her presence at the preview of the exhibition only reiterated the platform’s vision of inclusive art.

This platform not only provides a runway to artists but also helps finance the next-gen of artists. This year’s theme of ‘Reclaiming Magic’ included self-taught artists, artists with disabilities and artists from the African diaspora in order to showcase the diversity of human expression.

Staying true to this year’s theme of ‘Reclaiming Magic’, Kapoor stunned in a floor-length, full-sleeve, high-collar Anamika Khanna outfit and Jessica McCormack earrings. A vision in antique gold and black, she made a strong style statement by looking no less than royalty herself.

The preview party was chaired by Grayson Perry RA and Batia Ofer. It was attended by the likes of Marco Gobbetti (CEO – Burberry), Alice Eve, Nathan Rizwan, Jenna Coleman, Kitty Spencer and Tracy Emin amongst others. Yinka Shonibare CBE RA, this year’s exhibition coordinator, aimed to celebrate the joy of creating art by putting on display the transformative powers of the magical in art, a return to the ritualistic and the sheer joy of making.

On the film front, Sonam Kapoor next will be seen in the upcoming Bollywood film Blind. Produced by Sujoy Ghosh, Avishek Ghosh, Hyunwoo Thomas Kim, Sachin Nahar, Pinkesh Nahar, and Manish W, the film has been directed by filmmaker Shome Makhija. It will premiere on a streaming media platform.