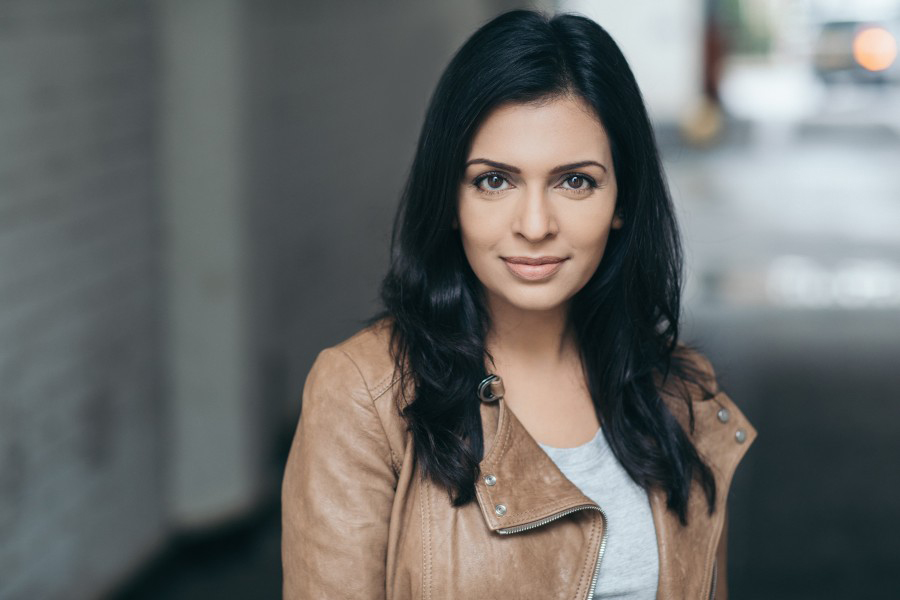 SKY NEWS host Sam Naz developed an obsession with Second World War heroine Noor Inayat Khan over a decade ago, after spotting a newspaper article about the Muslim woman who became a British spy.

The remarkable contribution the young woman made, and her ultimate sacrifice resonated so deeply with her that it started years of research about the secret army of spies and saboteurs in the Special Operations Executive (SOE), which the formidable heroine had joined. This finally led towards her writing, producing, and starring in a new short film Liberté, which will open at the Royal Laemmle Theatre in Los Angeles on September 24, 2021.

The period-drama inspired by Khan’s time when held captive by the Nazi regime was shot during the pandemic and sees her star opposite Oliver Boot as the Nazi intelligence chief Hans Josef Kieffer.

Eastern Eye caught up with the British broadcaster-turned actress to discuss her debut film Liberté and key lessons we can learn from the Second World War heroine.

What led towards writing, producing, and starring in your short film?
The journalist in me loved digging into her story and I discovered that Noor was one of the three incredible women in the SOE to have been awarded the George Cross by Britain. The other two, Odette Sansom and Violette Szabo, both had a film each in the 1950s dedicated to their bravery. But here we were in the 2020s and Noor Inayat Khan had never been out front or the central story on the big screen. To me, Noor deserves more, and I wanted to do something about it, so I initially wrote a screenplay for a feature film. That script then developed into Liberté, something I could fund myself and get made.

Tell us about Liberté?
Liberté – which is what Noor’s believed to have said before she was killed – focuses on her resilience in those final months as she’s tested to the limit by her Nazi captors. While the allies advance through France and Hitler’s regime is on the verge of defeat, we see that time is also running out for Noor. What will it take to break her? After the war, her real captors said she maintained her silence and continued to mislead them, despite what they threw at her – that strength and courage is what we explore in the film.

What was the biggest challenge of making it?
Where to start? A global pandemic was definitely not on the original risk assessment for the film. I feel fortunate to have filmed Liberté after the very first lockdown in England last year. I worked closely with my director and co-producer Christopher Hanvey to adapt the scenes to comply with new restrictions like limited crew numbers, and we put in place additional precautions on set. I was also way out of my comfort zone filming the more hostile scenes, so it helped that Christopher happens to be a trained boxing coach. Regular boxing sessions ended up being key to preparing for the physically challenging elements of the shoot.

What other challenges did you face?
This is a Second World War period film so we had to find the right locations, props and costumes that would set the scene but were also Covid secure. That’s where smart purchases on eBay came in handy. There was so much goodwill around helping us get this film made that people opened up, especially for us, and went out of their way to make it happen, including Beaulieu Palace House in Hampshire, which is where Noor trained to be a spy.

What can we learn from the story of Noor Inayat Khan?
I think the biggest lesson is that World War II was fought and won by a diverse group of recruits, and she was one of them. People of all backgrounds signed up to do their bit – why is that not taught widely? We must remember these details, especially now that different forms of fascism perpetrated by new groups is on the rise again across the world. I think another lesson we can learn from Noor is that you shouldn’t underestimate people.

Tell us more…
She smashes stereotypes about women, Asian women, and Muslim women. I hope by watching Liberté you learn how unbreakable she was. How she defied the odds as the unlikeliest of spies. How she remained loyal to her team despite her own dwindling prospects of escape – a true hero in every sense of the word.

How does acting compare to TV hosting?
Acting requires a very different set of skills to anchoring the news. I’ve covered Noor’s story as a journalist in the past and can tell you this was vastly different, emotionally and physically. The pressure to portray her as authentically as possible weighed heavily on me. I have to thank both Christopher for his crystal-clear vision, and Oliver Boot who plays the Nazi chief, Hans Josef Kieffer. Oliver was a gift of an actor to work opposite on my debut. He was generous and kind in-between some difficult interrogation scenes. Acting well involves embodying the character completely. Hearing her family call this portrayal ‘awe-inspiring and heart-wrenching’ means the world to me and I hope that cuts through to a wider audience too.

What can we expect next from you?
I’ve been developing some more ideas which I hope to talk about soon. One involves building on this project and expanding it to include other key figures. I’ve written two episodes and I’m really pleased with how it’s coming together. And, of course, you can still see me regularly hosting Sky News!

What inspires you?
My family. They’ve helped me understand the importance of valuing my roots while embracing new experiences and broadening my horizons. Many first-generation immigrants faced struggles and sacrifices to create better opportunities for their children. That’s something I don’t take for granted. It helps me strive to do more and do better.