Shah Rukh Khan’s picture from ‘Dunki’ sets leaked online, check out his look in the film

The film went on floors this April, with the next schedule being shot extensively in Punjab. 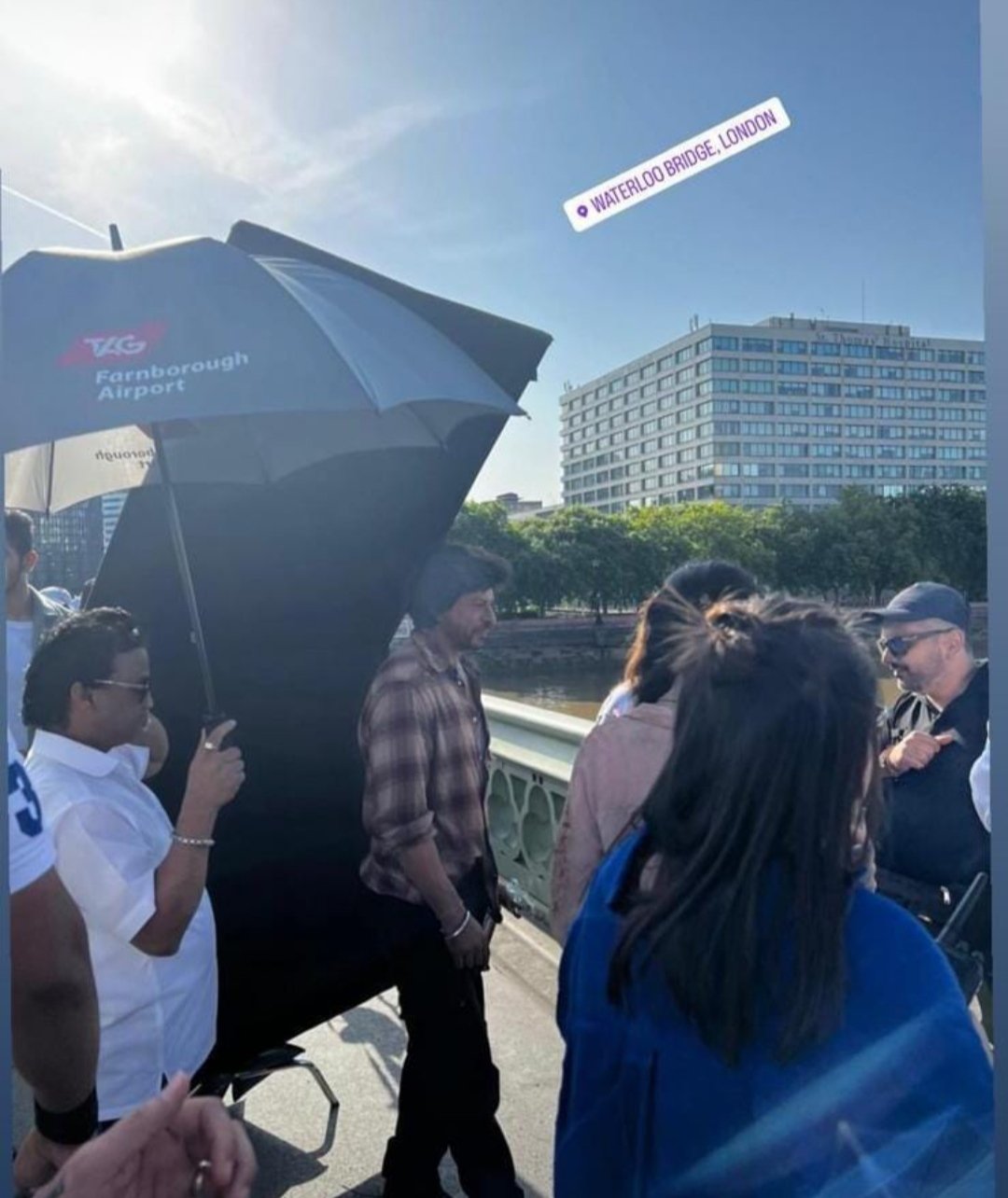 Bollywood superstar Shah Rukh Khan’s look from his upcoming Rajkumar Hirani directorial film ‘Dunki’ has leaked online, as the actor shoots for the movie in London.

A picture of the ‘Raees’ actor filming for ‘Dunki’ recently surfaced on social media. It showed him in a casual messy look while surrounded by the film’s team. In the image, which was shared by fan accounts, Shah Rukh was seen dressed in a simple checked shirt and black pants, with a ‘kada’ on his wrist.

Media outlets had reported last week that Shah Rukh along with his co-star Taapsee Pannu and Hirani will be flying to London and Europe for a shooting schedule.

He was reportedly spotted at the airport a couple of days back and after fans spotted him filming in London, his picture from the sets went viral on social media.

Earlier in May, a photo of the director-actor duo from the sets of their first collaboration with ‘Dunki,’ had surfaced online. In it, Shah Rukh was seen wearing sunglasses with a grey t-shirt, dark jeans and sneakers. However, Taapsee was absent from the photo.

A JIO Studios, Red Chillies Entertainment and Rajkumar Hirani Films presentation, ‘Dunki’ is penned by Abhijaat Joshi, Kanika Dhillon and Hirani, who will also produce the project with Gauri Khan.

The film went on floors this April, with the next schedule being shot extensively in Punjab.