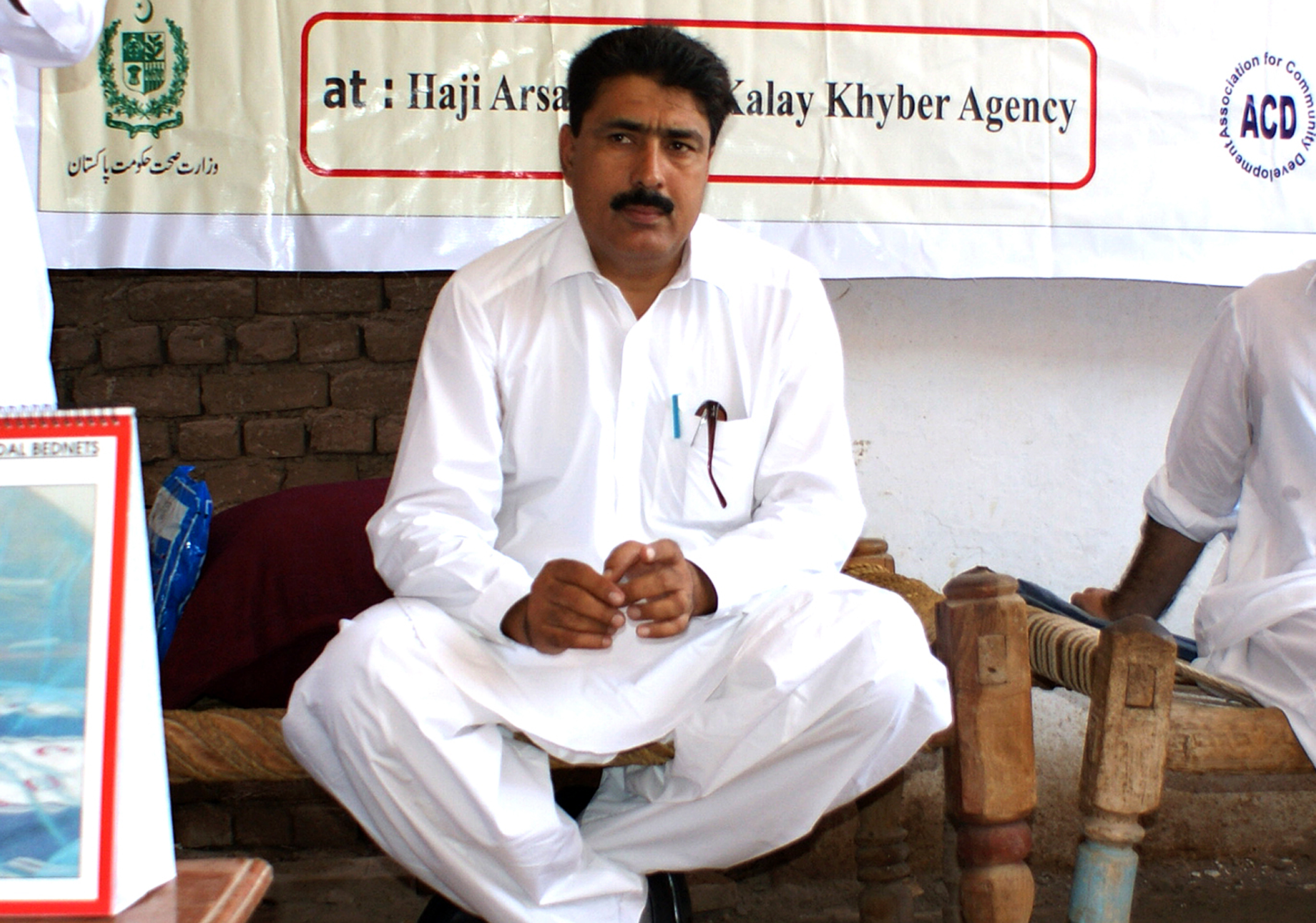 This photograph taken on July 22, 2010, shows Pakistani surgeon Shakeel Afridi, who was working for CIA to help find Osama bin Laden, attending a Malaria control campaign in Khyber tribal district. Pakistan’s problematic relationship with the United States sailed into fresh controversy as US lawmakers warned of aid cuts after the jailing of a surgeon who helped the CIA hunt down Osama bin Laden. Shakeeel Afridi was found guilty of treason, sentenced to 33 years in prison and fined 320,000 rupees (3,500 USD) under an archaic tribal justice system that has governed Pakistan’s semi-autonomous tribal belt since British rule. AFP PHOTO / MOHAMMAD RAUF (Photo credit should read MOHAMMAD RAUF/AFP/GettyImages)

Dismissed as a traitor in Pakistan but lauded as a hero by the United States, Shakeel Afridi is paying a heavy price for his role in bringing an end to Osama Bin Laden.

A decade after the Al-Qaeda chief was gunned down by a team of Navy Seals, there is no sign the doctor will be exonerated by Pakistan authorities for helping the CIA pinpoint Bin Laden’s location under the cloak of running a vaccination programme.

Locked up in solitary confinement in Sahiwal Jail in Pakistan’s central Punjab province, Afridi now spends his time counting the days — with nothing to differentiate between them.

“He is being kept in prison now only to teach every Pakistani a lesson not to cooperate with a western intelligence agency,” Husain Haqqani, who was serving as Pakistan’s ambassador to Washington at the time of the raid, told AFP.

“Instead of coming clean on Bin Laden’s presence in Pakistan, the authorities have made Dr Afridi a scapegoat.”

AFP pieced together the daily routine of the doctor through interviews with his brother and lawyer, as Afridi is barred from speaking to anyone apart from his family or legal team.

For exercise, he paces around his seven by eight foot cell and does occasional push-ups, according to his family.

He has a copy of the Koran, but is not allowed other books.

A couple of times a week he shaves in the presence of a guard, but contact with other inmates is also strictly prohibited.

Family members can visit just twice a month, but are separated by an iron grate and forbidden from conversing in their native Pashto tongue.

“The prison authorities have told us that we can’t discuss politics or talk about the situation inside the jail,” said the brother.

– ‘Paid the highest price’ –
Hailing from Pakistan’s rugged tribal areas, the physician appeared to be an ideal asset for the CIA as the spy agency zeroed in on Bin Laden’s hideout in the city of Abbottabad.

All the Americans needed was a bit of proof that Bin Laden was there, so they had Afridi launch a vaccine campaign with the aim of extracting a DNA sample from inside his compound.

Just how instrumental Afridi was in identifying the Al-Qaeda boss is unclear, but the doctor was arrested by authorities weeks after the deadly assault on Bin Laden’s home.

He was never found guilty of anything linked to the raid, but convicted by a tribal court under an obscure colonial era law of providing money to an insurgent group and handed a 33-year sentence.

Successive US administrations have protested against his continued imprisonment — and over the years there has been talk of a prisoner exchange — but a deal to free Afridi has never materialised.

“He became the fall guy.”

– ‘He lives in isolation’ –
The 10-year anniversary of the Bin Laden raid comes just weeks after President Joe Biden announced that the US’s long war in Afghanistan would be coming to an end.

In an address to the nation, Biden citied the killing of Bin Laden as proof that US forces had long ago accomplished their initial objectives for invading Afghanistan.

Unsurprisingly, the president made no mention of Afridi.

“The withdrawal from Afghanistan, and the downgrading of ties with Pakistan that this could entail, suggests that Afridi won’t be the hot button issue that it’s been in the past,” said Kugelman.

Few are sympathetic to Afridi’s ongoing plight in Pakistan, where the Bin Laden raid fanned anti-American sentiment after years of simmering distrust between the uneasy allies.

“Whenever someone works for a foreign intelligence agency it’s one of the most unforgivable crimes,” Asad Durrani, the former head of Pakistan’s formidable spy agency, told AFP, saying that Afridi’s arrest probably saved the doctor from being lynched.

But even as the US prepares to exit Afghanistan and memories of the Bin Laden saga fade, Afridi’s legacy continues to reverberate in Pakistan.

Faith in vaccine campaigns has been seriously undercut by the ruse, with families routinely refusing to have their children inoculated for curable diseases such as polio.

Insurgents have also attacked vaccine teams, with dozens of health workers gunned down in the past decade.

Meanwhile in prison, Afridi remains largely cut off from the outside world and passes his time pacing his cell and reciting daily prayers.

“He is not allowed to use a mobile, read a newspaper or a book,” said his brother Jamil Afridi.

“He lives in isolation.”