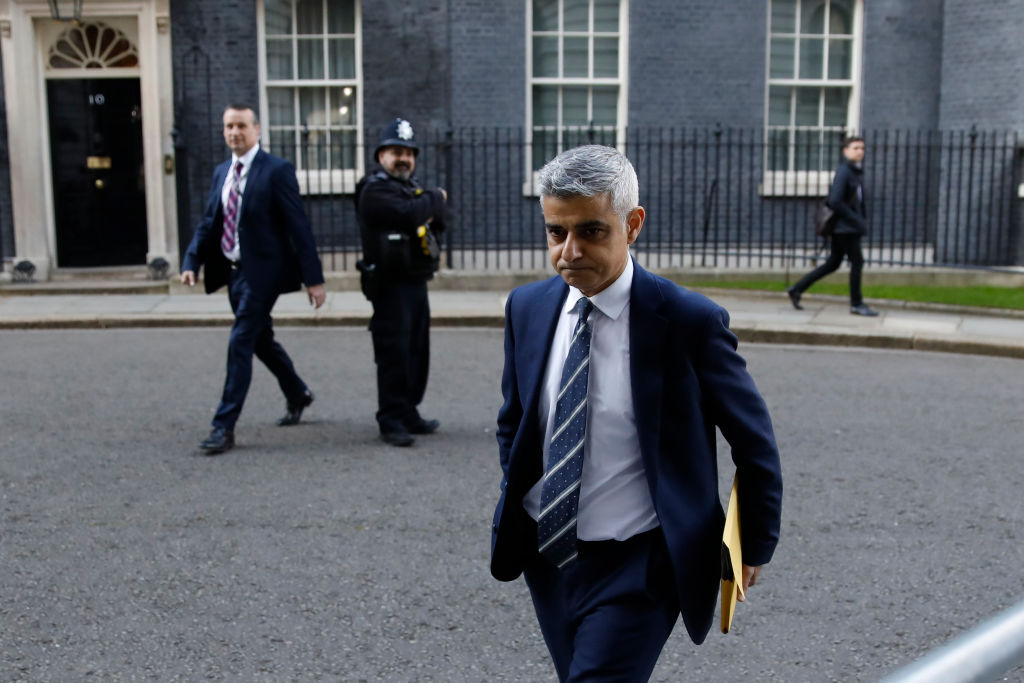 SADIQ KHAN has urged the government to make wearing face masks mandatory during travel in London.

The city mayor has written to Transport Secretary Grant Shapps that UK was “lagging behind the international community on this issue”.

Notably, on Wednesday (15), New York had made face covering compulsory in public places.

Khan said “the evidence around the world” showed wearing face masks was effective in curbing the spread of coronavirus.

“I’m lobbying our government and advisers to change their advice, and I want us to do that sooner rather than later,” he said.

The mayor added that the government was reviewing the matter “on the basis of our representation”.

“In those circumstances where its not possible for us to keep our social distance, think of public transport usage, think of when you’re in a shop, we should be using non-medical facial coverings like bandandas, like scarves, like reusable masks,” he told the BBC.

In his letter, Khan noted that “latest scientific evidence” had shown that covering the face in public places could “reduce the chances of an individual unknowingly infecting other people with Covid-19”.

“This is consistent with the advice from the World Health Organization (WHO) and with actions in other cities and countries around the world, many of whom have made wearing a face covering, especially when it is not possible to socially distance, a requirement before lifting lockdown,” he said.

Meanwhile, Shaun Bailey, the Tory candidate in London’s mayoral race, slammed Khan for “his failure to provide transport workers with PPE” and “putting lives at risk”.

“If he wanted to, he can start tomorrow by sourcing PPE for all 60,000 of the transport staff who work for him,” he added.

Earlier in the week, Khan had pledged to do “whatever it takes” to keep “our heroic transport workers and all Londoners as safe as possible”.

Confirming the deaths of TfL staff, he said: “It breaks my heart that 21 transport workers, including 15 London bus workers, have tragically died from Covid-19.

“My thoughts and prayers are with their families and loved ones at this very difficult time. This is deeply personal – I can’t help but think that this could have been my dad or his colleagues and friends.”

The mayor stressed that he was “urgently exploring every possible additional option to protect our heroic transport staff, who ensure nurses, doctors and other key workers can get to where they are needed”.

“I know staff are worried and many have asked for PPE (personal protective equipment), so we are working closely with the trade unions to address concerns,” said Khan.

“There are clearly issues in the supply of PPE, with hospitals and care homes reporting shortages, but I’ve also asked TfL to look into the availability of PPE stock for transport workers, in case advice from public health experts changes.”