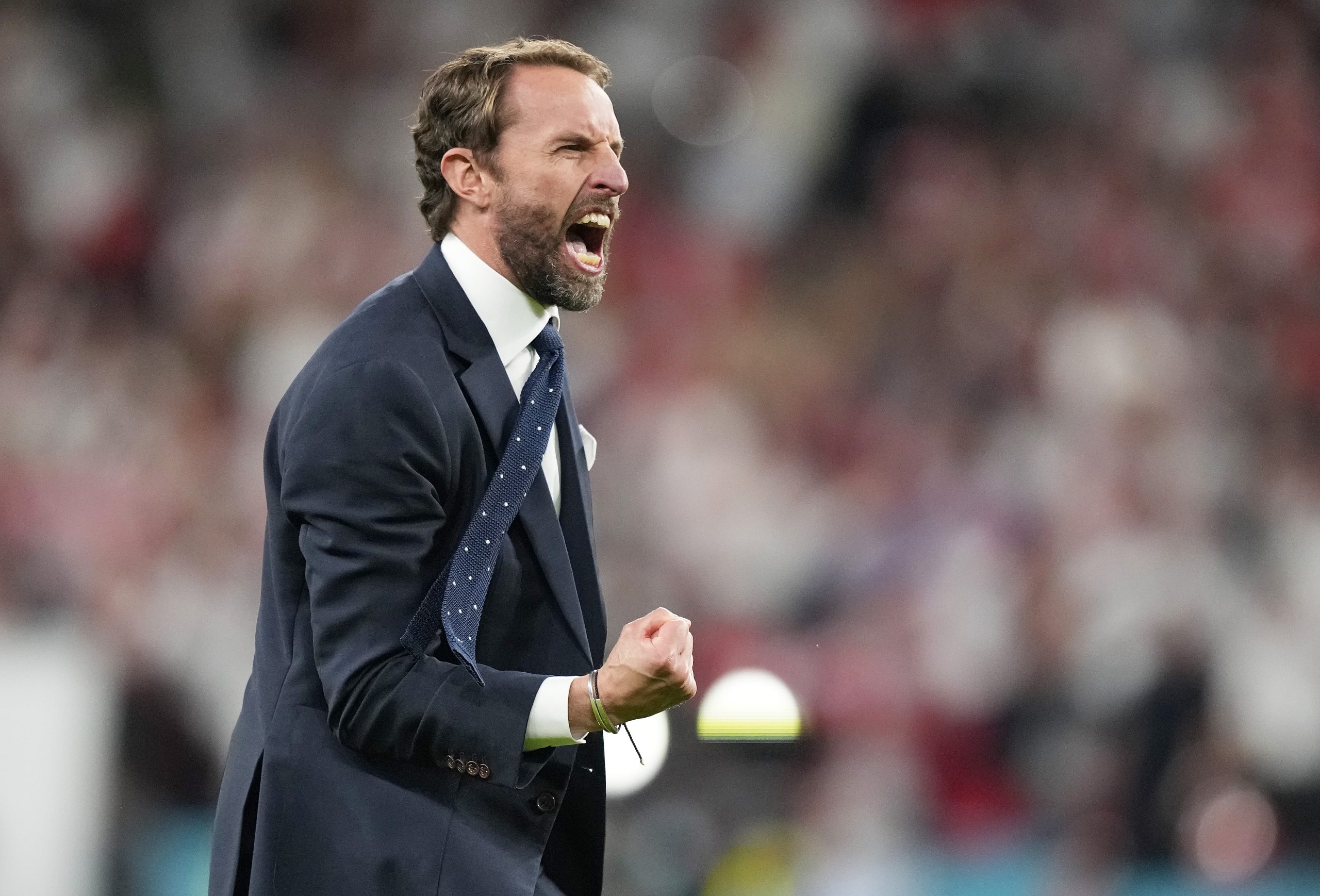 Gareth Southgate is “everything a leader should be – respectful, humble; he tells the truth, he connects with the people of this country,” Gary Neville recently said of his former England team-mate.

In his five years in the role, Southgate has understood the gravitas of his position extends beyond the pitch. He and his players can give the country joyous occasions, as they did during Euro 2020, but that the team can also be drivers of social change.

Southgate has said, “I know my voice carries weight, not because of who I am but because of the position that I hold. I am the England men’s football team manager. I have a responsibility to the wider community to use my voice, and so do the players.”

Ahead of last Sunday’s (11) final, Southgate said he wanted his players to do “positive things that we could help to change or influence society”.

“The longer I’ve been in the role, the more I’ve understood the importance for our fans of that connection with the team,” he said.

“They felt part of it and that inclusivity is really important to us because I think that’s what modern England is.

“We know it hasn’t always been the case and there’s historic reasons for that, but that level of tolerance and inclusion is what we have to be about moving forward.”

Southgate has strived to cultivate a culture of belonging within his diverse squad.

In the run-up to the Euros, he brought on board performance coach Owen Eastwood and gave each of his players Eastwood’s book, Belonging.

Eastwood, who worked with the British Olympic Association, the Royal Ballet School and the command group of Nato, teaches Whakapapa (pronounced “fakapapa”) the Māori way of explaining your place in the world and your place in any tribe or family.

“We should be proud of our history, understand and respect it, but ultimately this is about us, a very diverse, young, technically different group of people. It’s about inspiration and a sense of belonging to motivate us to create our own story.

“When the English people look at the team, they are seeing an expression of the diversification of the country. And you’re seeing them as people who respect and care about each other; they celebrate each other’s success, they are joyous being one.

“Gareth has spoken about that, this is somewhere for English people to look at what our identity as a country looks like and feel proud about it.”

The Museum of Migration, in their #FootballMovesPeople campaign, highlighted that if the England team was made up of players without a parent or grandparent born abroad, only three of the starting eleven players in the win over Germany would remain.

Among those missing would be captain Harry Kane, whose father is Irish; Marcus Rashford whose mother is from Saint Kitts; Jamaica-born Raheem Sterling; Bukayo Saka, whose parents are Nigerian and Jadon Sancho who is the son of parents from Trinidad and Tobago.

However, in the aftermath of Sunday’s heart-breaking defeat to Italy, Rashford, Saka and Sancho, were the victims of racist abuse on social media.

Southgate defended his players and once again spoke of the importance of “togetherness” and a united England.

“For some of [the players] to be abused is unforgivable, really,” Southgate said.

“It’s just not what we stand for. We have been a beacon of light in bringing people together people being able to relate to the national team, and the national team stands for everybody and so that togetherness has to continue. We heal together as a team now, and we’re there for them, and I know that 99 per cent of the public will be as well.”

When Southgate was parachuted-in as England manger in 2016 after Sam Allardyce’s ill-fated 67-day stint, no one could have envisaged the success he would have on the pitch.

After all, prior to being the England under-21 manager in 2013, the 50-year-old had been out of the game for four years.

Former England defender Rio Ferdinand has credited the team’s success on Southgate being able to “instill a togetherness in the camp that feels different to what I’ve seen before”.

Southgate has been able to do this by continually supporting his players.

While prime minister Boris Johnson and home secretary Priti Patel refused to condemn fans booing England players when they took the knee before games in the fight against racism, Southgate wrote an open letter passionately supporting his players.

“Our players are role models. And, beyond the confines of the pitch, we must recognise the impact they can have on society. We must give them the confidence to stand up for their teammates and the things that matter to them as people.

“I have never believed that we should just stick to football.

“It’s their duty to continue to interact with the public on matters such as equality, inclusivity and racial injustice, while using the power of their voices to help put debates on the table, raise awareness and educate.”

She told the Commons, “The British people will be asking themselves who they want to lead them. Do they want someone who works hard and has a relentless focus on embodying British values, or do they want the current prime minister?”

Neville added: “Honestly, Gareth Southgate and Boris Johnson are poles apart. You can be a leader and be a gentleman. You can be ruthless and have empathy and compassion.

“Gareth, over these last few weeks, every time he has come on, he has talked with dignity, it is genuine and it is passionate.

“Gareth Southgate, throughout his life, has carried himself brilliantly as an individual. And it demonstrates you can be a gentleman and have standards and that you can also lead.”