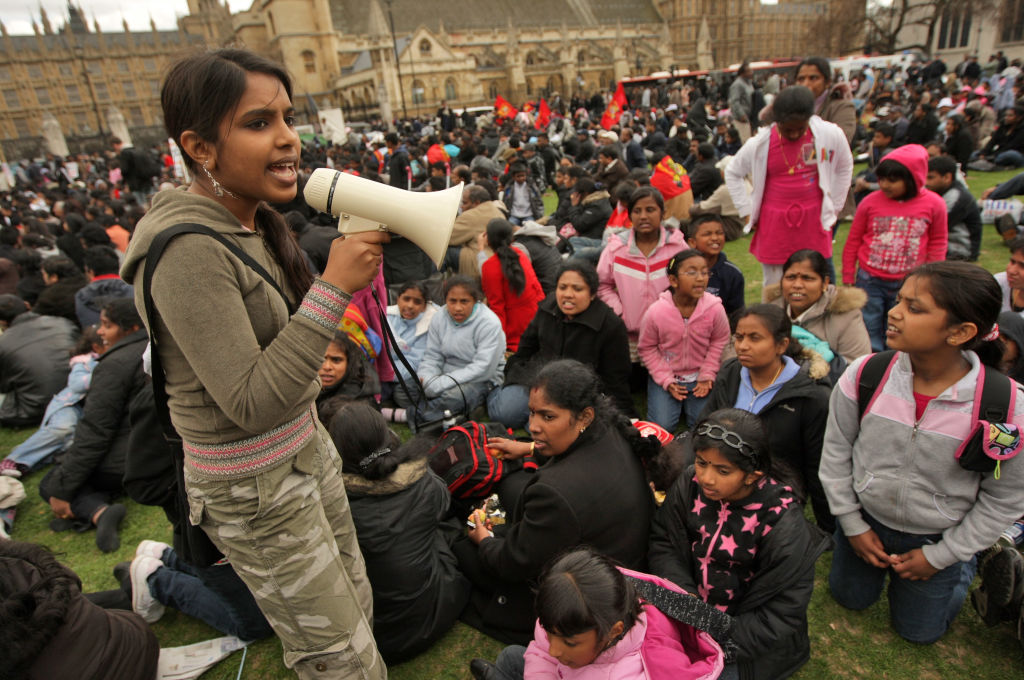 A file photo of protesters demonstrating outside the Houses of Parliament in London, England, in 2009, against alleged human rights abuses in Sri Lanka. (Photo by Oli Scarff/Getty Images)

HUMAN rights groups have urged the Scottish government to “halt” its police training programme in Sri Lanka until authorities in the Indian Ocean nation “demonstrate a genuine willingness to reform.”

They sought clarity from Brown in the light of the media reports that Police Scotland halted its training programme in Sri Lanka in May pending a review of the force’s activity.

Police Scotland provided training to Sri Lankan police almost continuously from 2013 until the onset of the Covid-19 pandemic, but “there is no evidence of any improvement” on the ground, they said.

Abuses implicating the Sri Lankan police in past months include torture and other ill-treatment and extrajudicial killings, the groups alleged.

“Police Scotland and your department contend that this programme is designed to enhance the Sri Lankan police’s respect for human rights and that it particularly aims to reduce gender-based violence. The training also involves assistance in community policing, and in the past, it has involved other components including crowd control.

“There is no evidence of any improvement in the human rights performance of the Sri Lankan police under the Gotabaya Rajapaksa administration.”

They said, “our experience in Sri Lanka and elsewhere is that so long as there is no political will on the part of the government to end abusive police practices, no amount of training is going to bring significant improvements.”

Human Rights Watch’s UK director Yasmine Ahmed and senior officials of the three other groups said in the letter that Sri Lanka should be included in the “red” category where training requires approval from the highest level of the government.

“Police Scotland is said to operate a traffic light system of red, amber, and green countries which receive training, with those on the red list requiring ministerial approval. We believe that Sri Lanka should be added to the red list”, they said.