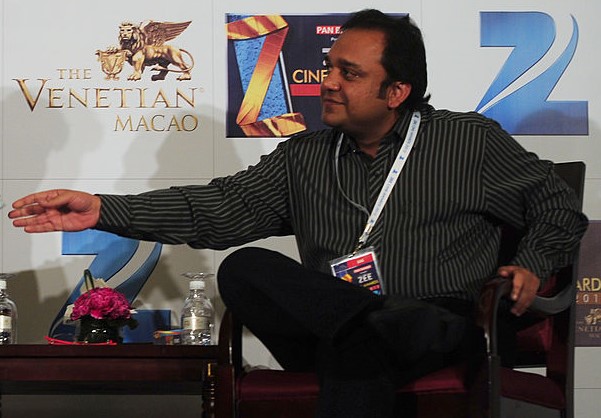 RICHEST Indian Mukesh Ambani was earlier this year interested in merging Zee with his own media empire, the television giant’s largest shareholder revealed Wednesday (13). However, the proposal was dropped following differences over the role of Zee founders.

US investment firm Invesco rejected allegations by Zee that it was resorting to double standards by objecting to a potential merger with Sony Group’s India unit with terms similar to those discussed with Reliance.

Ambani’s Reliance Industries in a statement said Invesco had in February/March this year assisted in arranging discussions with Punit Goenka, member of the founder family and managing director and chief executive officer of Zee.

“We had made a broad proposal for merger of our media properties with Zee at fair valuations” and wanted Goenka to continue as managing director and be entitled to ESOPs along with other management,” it said.

“However, differences arose between Goenka and Invesco with respect to a requirement of the founding family for increasing their stake by subscribing to preferential warrants. The investors seemed to be of the view that the founders could always increase their stake through market purchases.”

Stating that the firm respects all founders and had never resorted to any hostile transactions, Reliance said it did not proceed further after this.

Invesco, which owns roughly 18 per cent of Zee via two funds, is locked in a bitter battle with Zee’s management over its demand for the ouster of Punit Goenka.

While Zee alleges that Invesco is trying to take over India’s largest-listed TV network at the behest of another company, the investment firm says the Sony deal would enrich Zee’s founding family, which includes Goenka, and is seeking a new board.

Zee on Tuesday (12) stated that Invesco had in February proposed a deal to Goenka, involving the merger of the company with certain entities owned by an unnamed “large” Indian group.

Responding to that statement, Invesco on Wednesday (13) said its role as Zee’s single largest shareholder was to help facilitate a potential transaction with Reliance and nothing more.

“The potential transaction proposed by Reliance (the ‘Strategic Group’ referenced but not disclosed in the October 12, 2021 communication by Zee) was negotiated by and between Reliance and Goenka and others associated with Zee’s promoter family,” it said.

The statement by Reliance, which has a vast media presence through Network18 which includes VH1, Nickelodeon, MTV, a range of regional language channels and news channels CNN-News18 and CNBC TV18, came hours after Invesco statement.

“…The implication that we as a shareholder would seek out a transaction for Zee that is dilutive to the long-term interests of ordinary shareholders, including ourselves, simply defies logic,” Invesco said.

Without naming Reliance, Zee on Tuesday (12) had stated that Goenka had expressed his apprehension to Invesco that the deal it brought would cause a loss to shareholders and rejected the Reliance deal.

While naming Reliance in its own statement Wednesday (13), Invesco said the potential transaction proposed by Reliance was negotiated by and between Goenka and others associated with Zee founders.

Invesco has been seeking a shareholder meeting to oust Goenka and other Zee board members. It has alleged financial irregularities that have plagued Zee, which have been flagged by the market regulator, were linked to Goenka’s family.

Zee has denied allegations and has so far not acceded to requests to convene a shareholders’ meeting. Both companies have since taken each other to court.

“The recent interest of Sony, as well as the previous interest of Reliance, should be a reminder to all Zee shareholders of the enormous value that lies in this company, much in contrast to its dismal performance under the current leadership and board over the last few years,” Invesco said.

Invesco said it has “made various sincere efforts over the last two years to bring Zee back to good health”.

“Discussions around strategic alignments have been just one part of this effort. Zee’s October 12 disclosure is yet another tactic to delay an EGM that will give shareholders their right under Indian law to vote for a slate of independent trustees and pave the way for a healthier future for Zee,” it said.

“We reiterate our confidence in the ability of Zee to realise its full potential with the strength of an independent board.”

In an open letter to Zee shareholders this week, Invesco objected to the initial terms of the Sony deal that it felt would give the founding family of Zee an option to raise the stake to 20 per cent from the current four per cent.