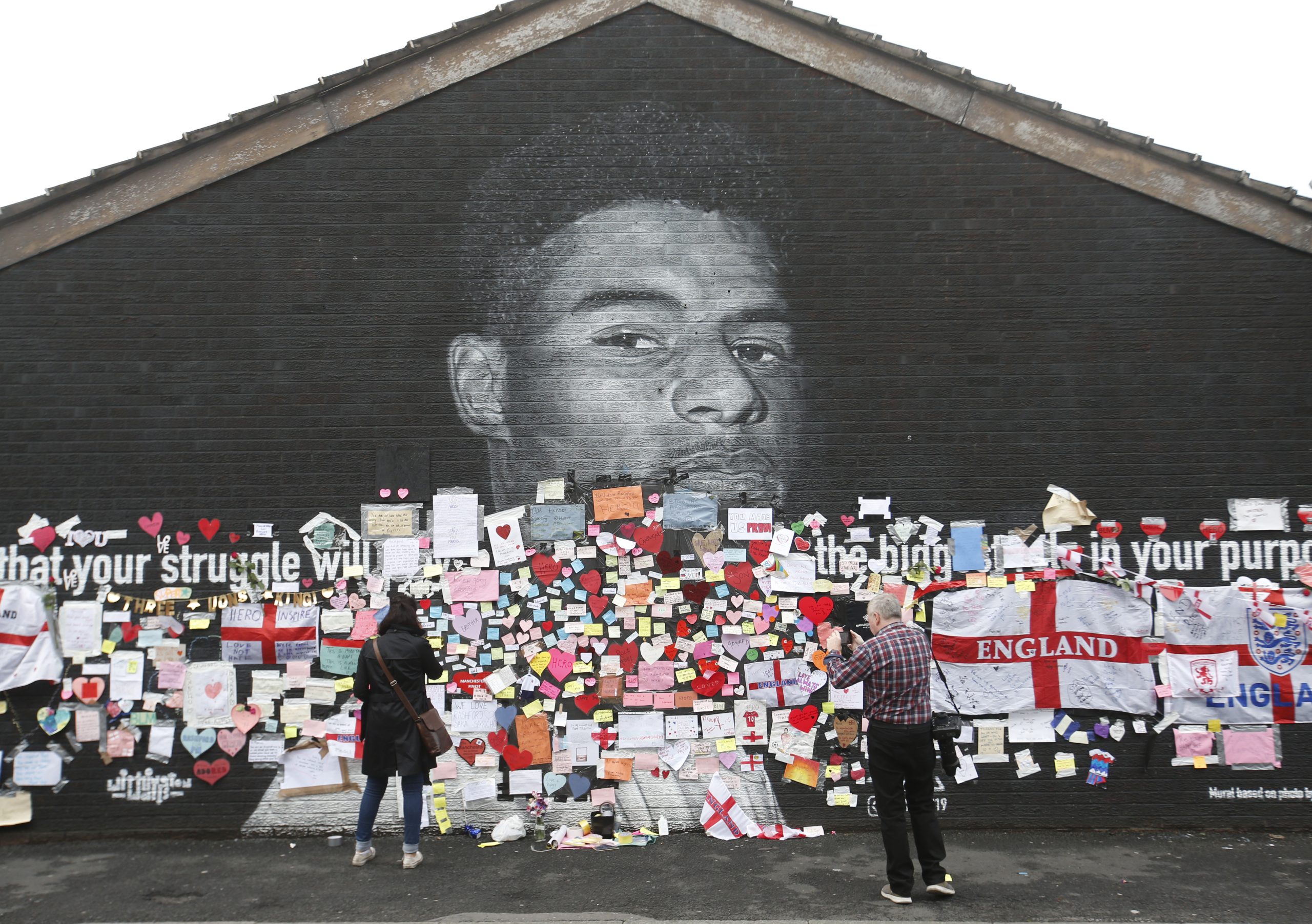 Marcus Rashford mural covered with messages of support after it was defaced in Withington, Manchester. (Reuters/Ed Sykes)

POLICE said vandalism that was sprayed on a mural of Marcus Rashford in Withington where he grew up, is “not believed to be of a racial nature”.

The mural work in his hometown was defaced following England’s defeat to Italy in Euro 2020 final, where the striker missed a penalty.

The BBC reports that the officers are “keeping an open mind” about the possible motive. However, after the vandalism, the defaced mural was covered in positive messages and later restored by street artist Akse.

Officers from Greater Manchester Police said no arrests have been made and they were examining CCTV footage from the area and forensic evidence from the spray used.

“While the content of the vandalism is not believed to be of a racial nature, officers are keeping an open mind as to the motive behind defacing the artwork,” a police spokesperson was quoted as saying.

Hundreds gathered on the side of the Coffee House Cafe on Copson Street where the artwork is painted and left heartfelt notes.

Ed Wellard, who commissioned the mural, said the notes would be “retained, recorded and if possible displayed”.

The artwork was defaced with several swear words shortly after Rashford missed a penalty in the Euro 2020 final, along with Jadon Sancho and Bukayo Saka.

All three players were targeted with racist abuse on social media following the match.

Rashford said he was “lost for words” when hundreds also gathered for an anti-racism demonstration at the mural on Tuesday (13) evening.