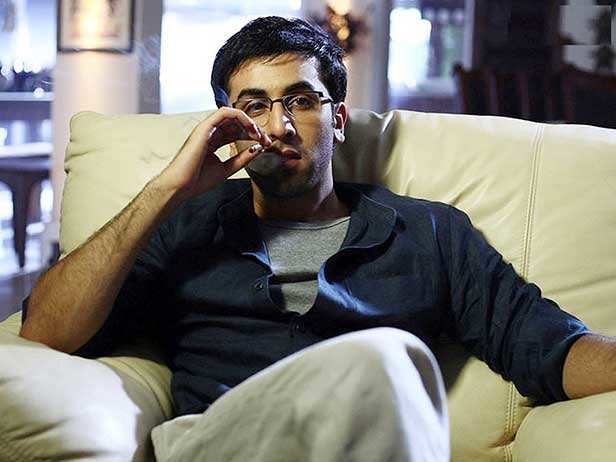 MASSIVELY popular movie star Ranbir Kapoor turns a year older this week and will celebrate his 39th birthday on September 28.

One of the most bankable Bollywood stars working today, he has clocked up an impressive list of blockbuster hits and will receive heartfelt wishes from around the world.

To mark the occasion, Eastern Eye decided to celebrate by delivering an all-you-need-to-know A to Z about the acclaimed actor and his journey.

A is for Assistant: Having grown up in the heart of Hindi cinema, the actor has worked his way up from the very bottom and was just a teenager when he started off as an assistant on his father Rishi Kapoor’s directorial debut Aa Ab Laut Chalen (1999). He later worked as an assistant on multi-award-winning drama Black (2005) and later admitted that he only did so because he wanted Sanjay Leela Bhansali to offer him an acting job, which the ace director did (see D).

B is for Barfi: After a rollercoaster start to his career, Ranbir Kapoor made a breakthrough to the big time with critical and commercial success Barfi (2012). The globally successful comedy-drama was the first film to earn Ranbir every major Best Actor honour, including a Filmfare, IIFA, Screen, as well as a ZEE award.

C is for Charity: Whether it is raising money for good causes in various ways, creating awareness on important issues such as empowerment of the girl child or making large cash donations, the actor has done a lot of work for charity, including privately.

D is for Debut: The actor made his Bollywood debut with Saawariya in 2007, which was a Sanjay Leela Bhansali-directed romance based on Fyodor Dostoevsky’s 1848 short story White Nights. The film, which also marked the debut of Sonam Kapoor, received negative reviews and was declared a commercial failure.

E is for Engagement: Although he has not officially announced it yet, the actor is thought to be engaged to his girlfriend Alia Bhatt. In one interview, he had confessed that had it not been for Covid-19, they would likely have got married in 2020.

F is for Family: Ranbir is the fourth generation of the Bollywood Kapoor dynasty, which was started by his great-grandfather Prithviraj Kapoor in the silent era and, not surprisingly, has many famous relatives across different generations, including his actor parents Neetu Singh and Rishi Kapoor. Interestingly, he is named after his legendary grandfather Raj Kapoor, who’s real first name was Ranbir.

G is for Girlfriends: The notorious ladies’ man has had a string of high-profile girlfriends, including Deepika Padukone, Katrina Kaif and current partner Alia Bhatt. He has been romantically linked to various other women, including his Rockstar leading lady Nargis Fakhri.

H is for Humble: Ranbir has remained grounded throughout his meteoric rise. The actor has said he doesn’t take success, failure or even himself too seriously and that he doesn’t give himself too much importance. He also thinks of himself as an average actor and a below-average person, who just got great opportunities.

I is for Interests: The actor has various interests away from cinema and the biggest of these by far is football. He regularly plays the sport, including in charity matches, and flies to Spain to see his favourite team Barcelona play. The actor is a big foodie and has a personal chef. He also likes reading, watching films, and binge-watching web serials.

J is for Jagga Jasoos: The A-list superstar has experienced huge success, but also had major movie disasters like Besharam, Bombay Velvet and his debut Saawariya. Although he takes setbacks in his stride, Ranbir said the failure of his debut production Jagga Jasoos broke his heart and bank balance.

L is Lips: Ranbir once said that the first thing he notices about a woman is her lips. He is also not shy about kissing and has had plenty of on-screen lip-locks, including in the film Rockstar.

M is for Mumbai: Ranbir Kapoor was born on September 28, 1982, in Mumbai and grew up in the heart of Bollywood. He had very little interest in studies during his schooldays and a very troubled relationship with his strict father Rishi Kapoor. He said: “I am closer to my mother. I feel that dad modelled his relationship with me on the one he shared with his own father.”

N is for New York: He learned filmmaking and acting in New York before making his debut in Bollywood. His father Rishi Kapoor spent more than
eight months in New York getting treatment for cancer, and he would visit him whenever possible.

O is for Online: Ranbir is the most high-profile Bollywood star to stay away from social media and has given various reasons over the years, ranging from wanting to retain an air of mystery to it complicating matters and creating unnecessary negativity. Speaking of the online space, he hasn’t ruled out starring in a web series.

P is for Plan B: If Ranbir had not made it as an actor, his plan B was to become a producer and director. He said: “If I failed as an actor, I would have taken up direction or produced films, but would have done something around the film industry.”

Q is for Quarantine: Ranbir tested positive for Covid-19 in early 2021 and was forced to quarantine and returned to work just days after testing negative.

R is for Rejected: The in-demand A-list Bollywood star has rejected a lot of high-profile films. These include lead roles in Zindagi Na Milegi Dobara, Dil Dhadakne Do, Delhi Belly and Band Baaja Baaraat.

S is for Sanju: The actor’s most successful film is Sanju. The super-hit biopic, which saw him essay the role of actor Sanjay Dutt is the second-highest grossing Bollywood film in history. He won multiple awards for his stunning performance.

T is for Training: Apart from going to acting school, Ranbir has trained in jazz and ballet dance. He has also taken diction, horse-riding as well as music classes. 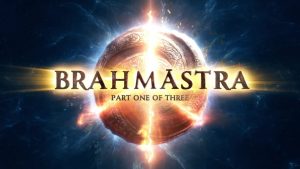 U is for Upcoming projects: Ranbir’s forthcoming films include period adventure Shamshera, an untitled romantic comedy, crime drama Animal and mega-budget superhero film Brahmastra, which is the first of a trilogy.

V is for Vice: The actor’s main vices are smoking and drinking alcohol in large quantities. He had even confessed to having a drinking problem, which is something many of his famous male family members from previous generations have been afflicted by and said he had been smoking since his teenage years.

W is for Wealth: Today Ranbir is one of the highest paid actors in Indian cinema. He also makes big bucks from lucrative endorsement deals.

X is for X-Rated: The actor is not shy about taking his clothes off and has appeared semi-nude in a number of films, including his eye-catching cameo as an alien in PK and showing part of his backside in some films.

Y is for Yeh Jawaani Hai Deewani: The 2013 musical was the second super-hit he scored with writer-director Ayan Mukerji, after Wake Up Sid. It remains one of the highest-grossing non-holiday releases of all time. The writer-director is Ranbir’s best friend, and their next film together is hotly anticipated superhero epic Brahmastra.

Z is for Zodiac: The actor’s Zodiac sign is Libra. Some of the Libra qualities he possesses include being family-orientated, intelligent, charming, humorous, a deep thinker, shopaholic and friendly