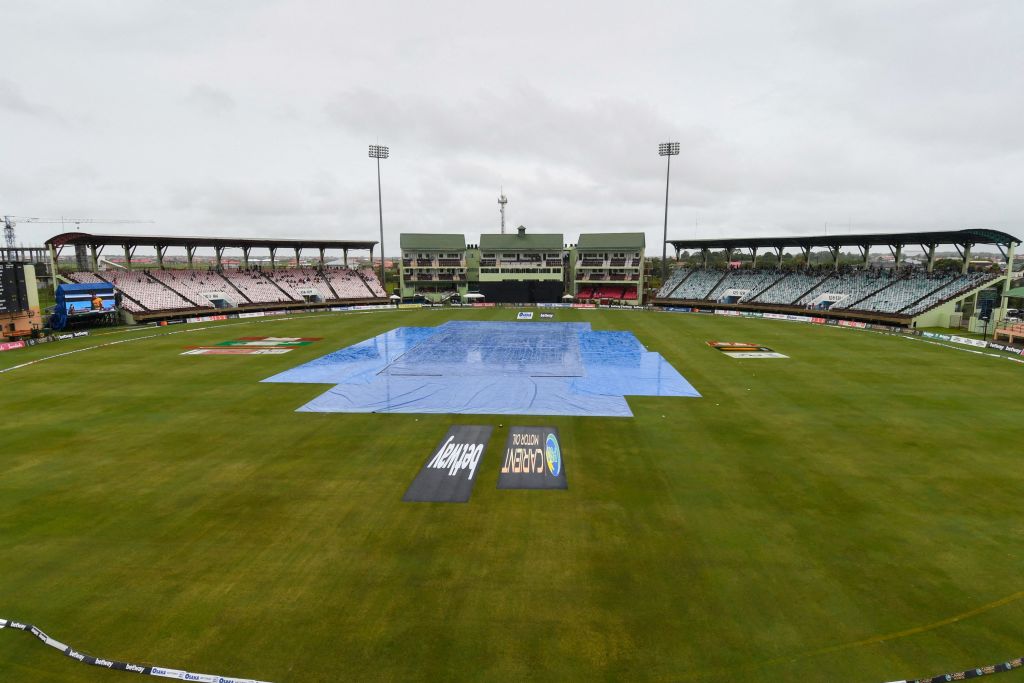 Wet covers on the pitch during the fourth and final T20I match between the West Indies and Pakistan at Guyana National Stadium in Providence, Guyana on August 3, 2021. (Photo by RANDY BROOKS/AFP via Getty Images)

PAKISTAN maintained their series winning streak over the West Indies as rain had the final say yet again with the scheduled final encounter of the four-match T20 International series abandoned as a no-result at the National Stadium in Guyana on Tuesday (3).

Just one of the scheduled matches reached a conclusion on the field of play with the tourists defeating the home side by seven runs in the second match on Saturday (31) at the same venue.

Although play started on time in the final match, just three overs were bowled with the pair of Andre Fletcher and Chris Gayle getting the West Indies off to a flying start at 30 without loss.

However, the combination of steady rainfall and an outfield that had already soaked up considerable moisture in the preceding two days meant another lengthy delay.

There were hopes of playing a match reduced to nine overs per side, but just as the action was about to resume, a drizzle arrived which developed into showers and ended any hope the home side had of squeezing out a victory to level the series.

Attention now shifts to the two-Test series with both matches to be played at Sabina Park in Kingston, Jamaica, starting August 12.