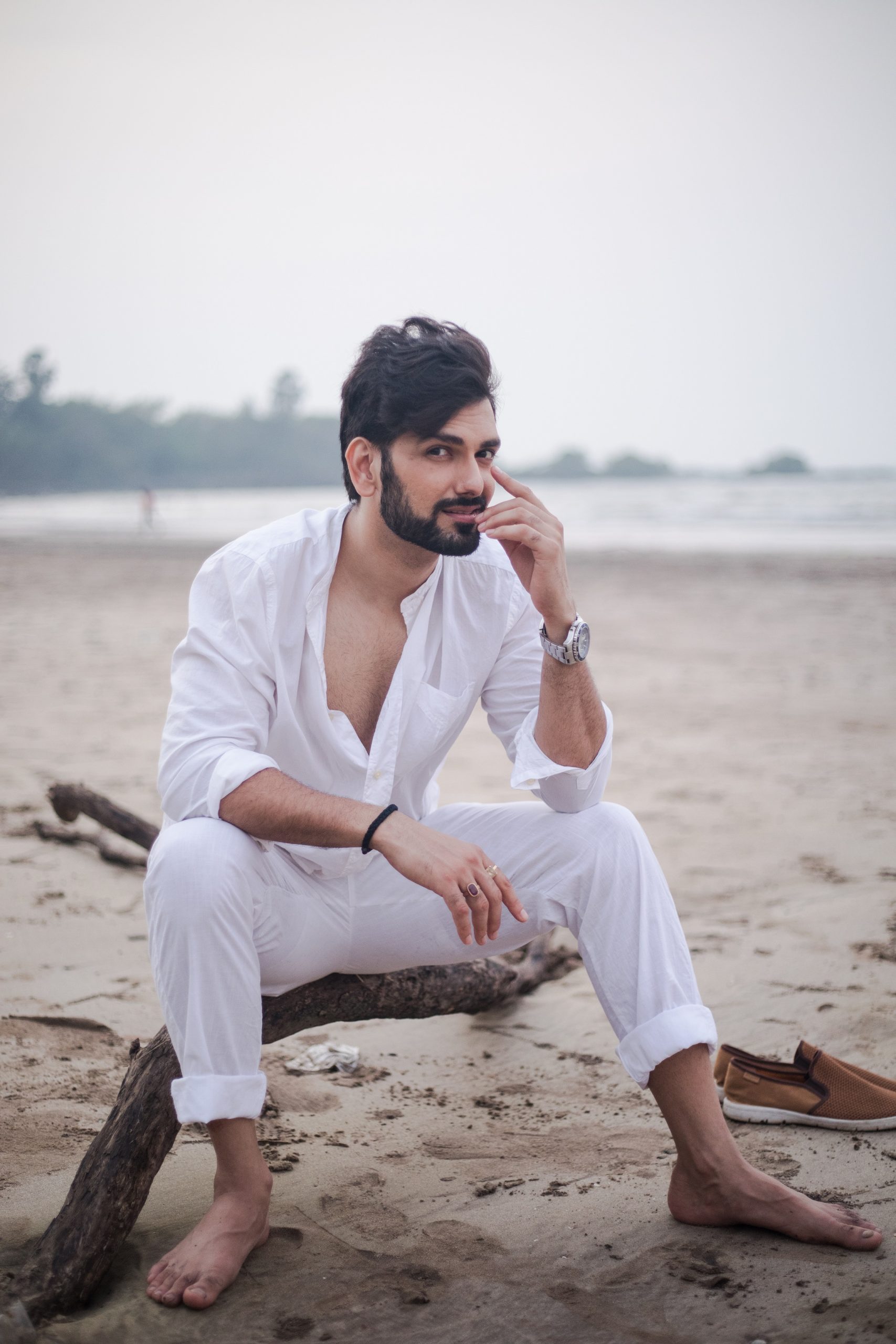 The Sony Entertainment Television mythological epic based on religious text Bhagavata Puran has quickly crossed 100 episodes, since it premiered in June of this year. The versatile Indian actor adds to his acclaimed body of work and is enjoying the challenging new role.

Eastern Eye caught up with him to discuss the popular show, his character, passions away from work, inspirations and what he would love to master.

How does your new show Yashomati Maiyaa Ke Nandlala compare to others that you have done?
It’s very different from the other shows I’ve done in the past. First, it’s a mythological from the people’s point of view. I call it our history. Characters related to God and divine intervention require a different kind of skillset and mentality. Also, a lot of preparation on the language was needed. Your speaking ability, especially Hindi, needs to be good. You need to have that awareness of our history and mythology of the culture. So, I have put in a lot of extra effort, while keeping the performance simplistic and natural.

It sounds very different to your other shows…
Yes, and that made it exciting. Other shows were simpler and not as challenging. There weren’t a lot of outdoors and the language wasn’t as different. It is a village kind of setting and gives us a break from regular social shows based on contemporary stories, which don’t always work.

What has been the greatest challenge of playing this character?
Mostly, the language. Also, wearing the costume, especially the pagdi (the turban). We have shot in very extreme conditions, including heavy rains and the harsh sun. Being a costume drama and historical means we have to work harder than other shows. There are a lot of challenges.

What has been the most memorable moment from working on this show?
What I remember most is having to wait six months for the show to launch. Shooting happened initially, but not continuously, so it took time to start. It’s the longest I waited for any kind of show. What else will always remain memorable is the wonderful vibe on the set. The set itself is so beautiful. That will remain with me as a beautiful memory, especially having coffee by the river, and enjoying the sunsets.

The show has quickly clocked up more than 100 episodes. What is the secret of working on such a demanding schedule?
It is a combination of good planning and hard work from the entire cast and crew. This show being delayed by six months meant we had 30 episodes in hand, so we hit the ground running and then when the show came on air, we started shooting continuously.

What are your big passions away from work?
My big passion away from my work is travelling and it has now become more exciting because I’m documenting everything by vlogging on my YouTube channel (Your Rahul Sharma). I also document my life, behind the scenes, in my personal and professional life, and share it with my audience. Vlogging has made me more curious about my work and motivated me to learn more. It has helped me in my acting and taught me some directional skills. My vlogging passion is enabling me to document the history of India and other countries.

If you could master something new, what would it be?
I would love to master direction and storytelling. I would love to tell stories. This is my new thing, which I am exploring right now and maybe in the future it will happen, and you’ll see some of my work.

Tell us something not many people know about you?
Firstly, I don’t have any godfather or family connections in the industry. I’ve done whatever I have thanks to the grace of God and blessings of my parents. Secondly, I love talking and sharing my experiences with others. I am also very protective about others, whether I have known them for one day or 10 years. I can’t help myself when I see someone going through difficulty and try to help them.

What inspires you as an actor?
Normal life and human stories inspire me to be an actor. It makes me want to tell those stories and portray those emotions on-screen, through the characters I play. Human emotions give me a better understanding of others and enables me to evolve. That is why I’m looking forward to giving more good performances and taking up good projects.

Why should we all tune into Yashomati Maiyaa Ke Nandlala?
Most know the story of Krishna, what he did and his ‘leelas’, and this very real show takes you back to that era, in a very relatable way. The show makes it feel like your story. Also, the bonding of Nand, Yashoda and Krishna is shown in such a beautiful way. It’s a realistic and live show.