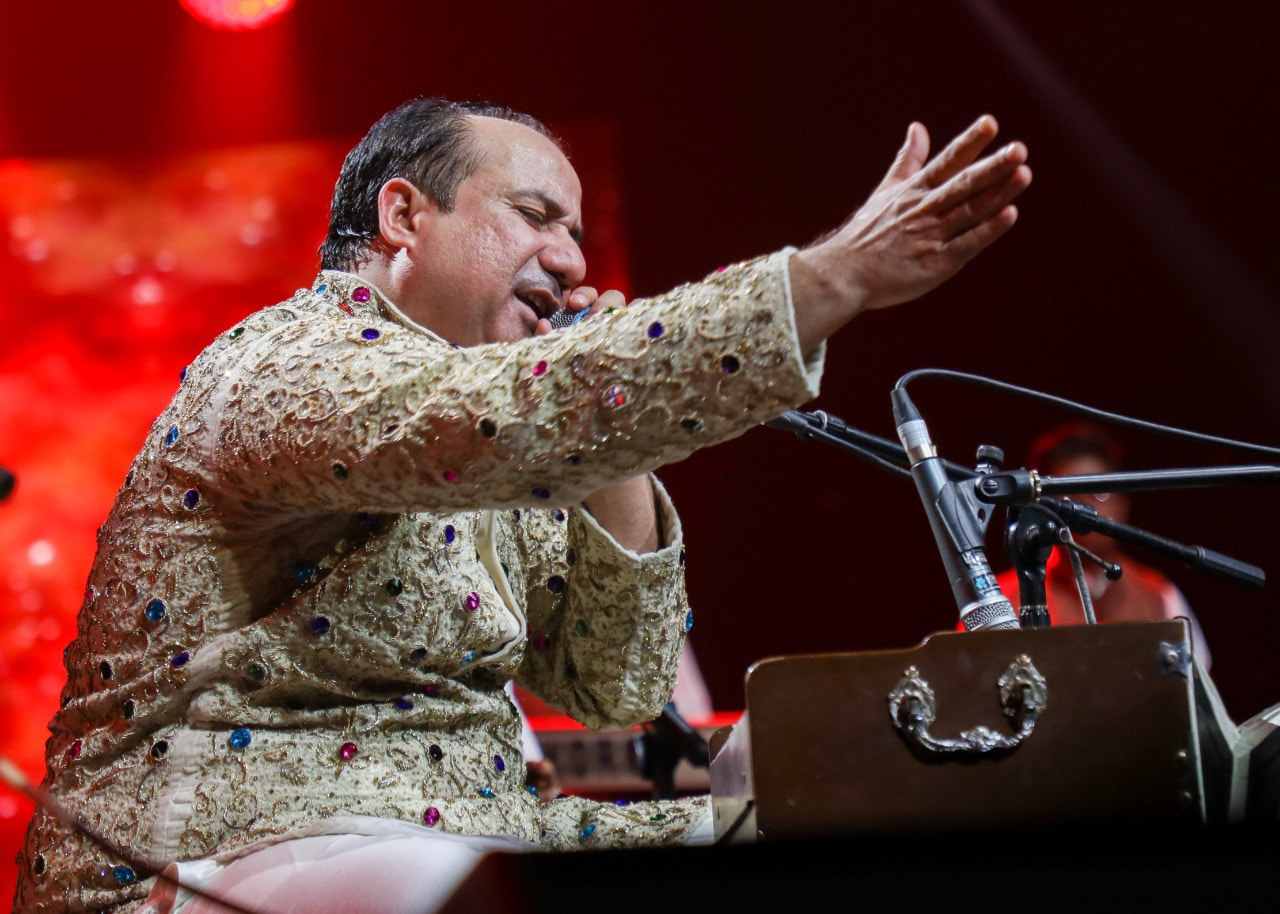 Singing sensation Rahat Fateh Ali Khan returns for another major UK tour later this month and will be looking forward to entertaining audiences with his greatest hits.

Although he has sung iconic qawwalis, delivered solo singles, performed Pakistani film/TV songs, and done stunning collaborations, like the Coke Studio classics, the Pakistani star has perhaps had his biggest global success in Bollywood.

Mann Ki Lagan: The qawwali singer made his Bollywood debut with this heartfelt love song, which was arguably the biggest highlight of 2003 film Paap. His unique vocals added a new dimension to the Hindi film romantic number and started a great journey for him in India.

O Re Piya: The soundtrack for 2007 dance film Aaja Nachle was wonderful and a great highlight was this haunting number, powered by the Pakistani singing star’s un­ique voice. The successful song would later be used in Malaysian movie Talentime.

Ajj Din Chadheya: This award-winning song from hit 2009 romantic comedy-drama Love Aaj Kal received critical acclaim right across the board. The dream-like song was another musical success that was a superb celebration of love.

Sajdaa: This song that combined spirituality with love brilliantly brought together the vocal talents of Shankar Mahadevan, Richa Sharma, and Rahat Fateh Ali Khan. The deeply meaningful number was a major highlight of 2010 film My Name Is Khan and earned the singer multiple award nominations.

Dil To Bachcha Hai Ji: The chart buster from hit 2010 film Ishqiya has a multi-layered vocal that added a magical quality the love song. He would win a Filmfare Award for Best Male Playback Singer and help earn the movie a prestigious National Award for Best Soundtrack.

Tere Mast Mast Do Nain: It is no surprise that this smash hit from 2010 film Dabangg is one of the singer’s biggest Bollywood successes. The masterful vocals squeeze romance from every word of a song, which connected with all those who have ever fallen deeply in love. There is also a great duet version with Shreya Ghoshal.

Jag Ghoomeya: This song unsurprisingly has collectively been viewed more than 300 million times on YouTube since it featured in 2016 smash hit film Sultan. It was another romantic number that shows very few can match Rahat at his best, when expressing deep emotions through a song.

Mere Rashke Qamar: Rahat has delivered countless cover versions of songs made famous by his late uncle Ustad Nusrat Fateh Ali Khan and this hypnotic number from 2017 film Baadshaho is right up there with the very best. The catchy song became a rage globally and remains high on the request list whenever he performs live.

Tere Bin: The ban on Pakistani artists in Bollywood means Rahat has been robbed of the chance of singing more Hindi film songs. This clever cover version of a qawwali classic from popular 2018 film Simmba remains the last great Indian hit film song from him. It, of course, has lots of love, which is what we have for him.