Paresh Pahuja on working with Dimple Kapadia in Tandav: She has this beautiful queen-like aura

Paresh Pahuja, who had impressed everyone with his performance in Tiger Zinda Hai, is currently seen in Amazon Prime Video’s web series Tandav. He plays the role of Raghu Kishore, son of Anuradha Kishore played by Dimple Kapadia.

We recently interacted with Paresh and asked him about his experience of working with Dimple Kapadia, to which the actor said, “Initially, 3-4 days I was very shy and intimidated because she is the Dimple Kapadia. Also, she had just come back from a Christopher Nolan set. Other than all these things, she has this beautiful queen-like aura. So, initially, it was just like ‘Hello ma’am’, ‘good evening’ and all. But then, we had to shoot an emotional scene between two of us and that time she walked up to me, and hugged me, and said ‘That was very good what you did’.”

“Then she asked me what I was listening to, and I was listening to a song. So, I told her that ‘ma’am, I listen to music before a scene to put me in that zone’. She said ‘Oh that’s interesting, why don’t you find me also a song for my next scene, and I will also try this method’. And I was like did Dimple Kapadia just say that to me. Then I found her a song and she actually used it before the scene, and she came back to me and said ‘This really works, thank you’. I was mind-blown. I was like somebody of her stature, who has done so many films here, she is now in Hollywood, has the attitude of learning something from probably the least experienced person on the set. I was like I have to be like this who is always learning and growing. It was a beautiful experience, I loved working with her,” he added. 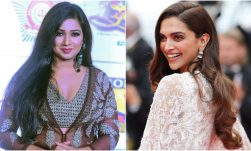 Entertainment
Shreya Ghoshal: My voice and Deepika Padukone’s face have become quite synonymous 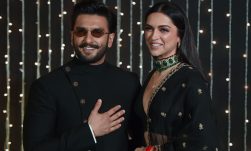 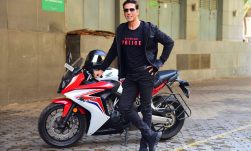 Entertainment
Akshay Kumar and Katrina Kaif starrer Sooryavanshi to get a direct-to-digital release?