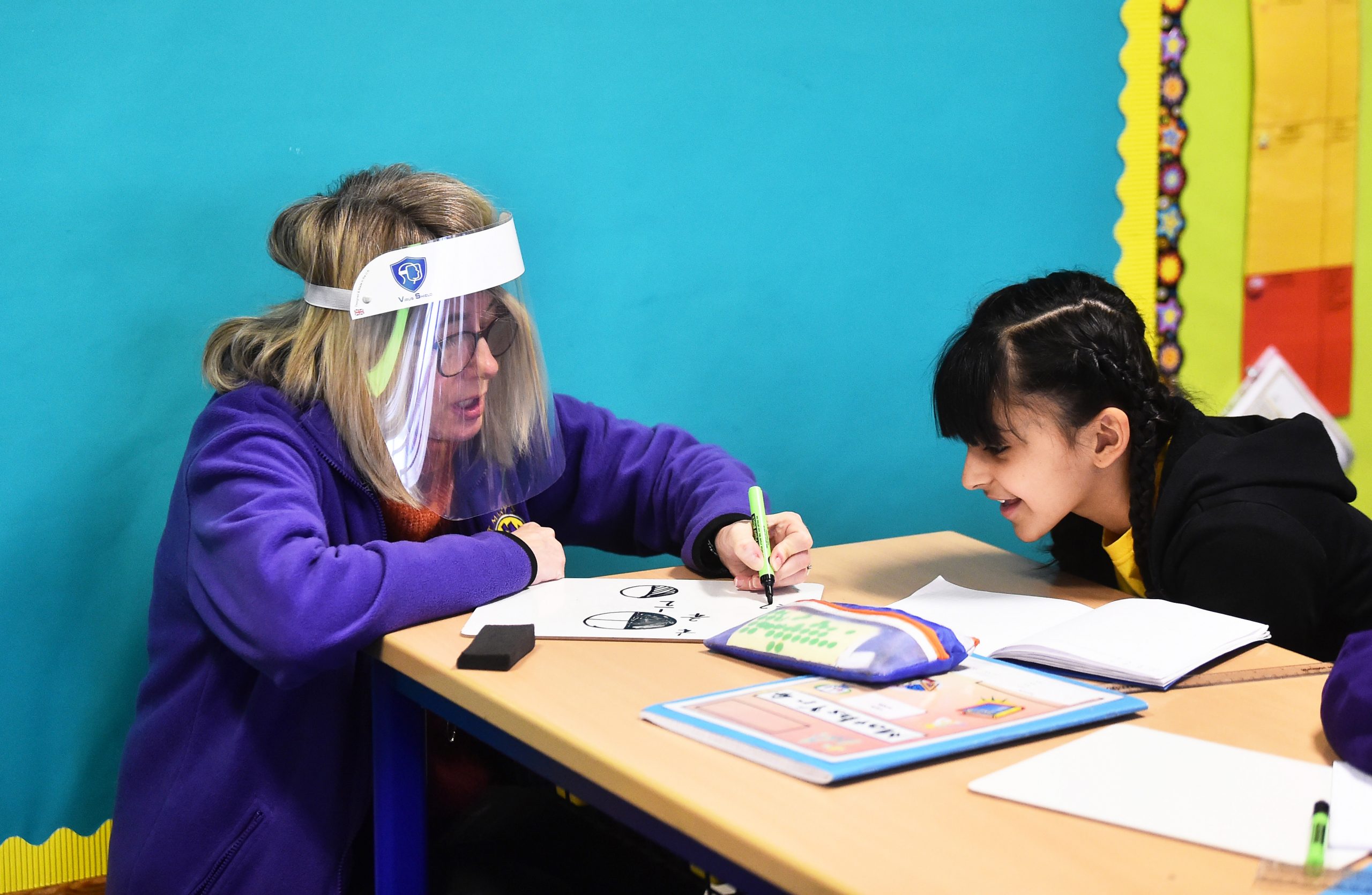 EXPERTS have warned of the decline of children’s mental health following the Covid-19 pandemic, with one parent revealing his six-year-old child is struggling with anxiety and stress.

Prabir Rahman* said his young son has been struggling since the pandemic struck last year. “My son has had episodes recently where he is so anxious about going to school that he will vomit and has diarrhoea” he told Eastern Eye. “I’ve been torn to shreds about it.”

Prior to the pandemic, Rahman’s son had had no issues attending nursery or starting primary school. It was only after the pandemic began and schools closed that his son started showing signs of anxiety.

“He went back to school in September 2020 and those issues started because obviously he hadn’t gone (to class) in seven or eight months,” Rahman explained. “Suddenly, he has this anxiety about going into school.”

His comments coincided with a BBC investigation on Tuesday (21) which found that since the pandemic hit, one in five youngsters waited longer than 12 weeks for care in half of England’s specialist child mental health services.

In a separate investigation, they revealed several parent groups were cautioning of a “tsunami” of school-anxiety cases.

According to NHS data, more than 2,243 children in England were referred for specialist mental health care from emergency departments in May this year. This compared with 1,428 in May 2019.

‘A stable routine is so important to a child’

Dr Ananta Dave is a consultant child and adolescent psychiatrist and president of the British Indian Psychiatric Association. She has met a number of young patients who experienced mental health problems during the pandemic and said that some children are struggling from a lack of certainty of a fixed routine and structure that they were familiar with prior to the pandemic.

“The certainty (of their routine) has been taken away because at any time, parents can get letters from head teachers to say somebody in the child’s bubble has tested Covid positive or is unwell, and therefore, the whole bubble will have to stay home for the rest of the week,” she told Eastern Eye. “For children, knowing what is likely to happen next is hugely important.”

Fellow adolescent psychiatrist Dr Nita Agarwal said children may have also picked up on the anxiety experienced by adults during the pandemic. It is important for children to have a parental figure who seems to be in control of the situation, she said.

However, the Covid-19 crisis has put many adults in a difficult position which may exacerbate their own mental health. “What we have noticed is that if a child can see that parent themselves are struggling, it is a snowball effect,” she told Eastern Eye. “It is nobody’s fault, but that (anxiety) can be projected.”

Dr Dave recommended adults discussing their fears and uncertainties in a setting apart from their children. “Children are not there to soak up (adult’s) anxieties and help them make sense of the world,” she said. “Be mindful about what is discussed in front of children about our own vulnerabilities and worries and fears; use other forums instead.”

Rahman agreed that adults have felt anxious during the pandemic. He likened his son’s situation to adults returning to the office after prolonged periods of time working from home.

On ways to help a struggling child, both Dave and Agarwal agreed a stable routine is vital to their wellbeing. These include having a good sleeping routine and a healthy diet.

However, Dr Agarwal said a parent should not feel anxious if a child is still grappling to adjust. “It’s an unprecedented time, so do not get stressed if a child is struggling with sleeping or not wanting to study,” she said. “Rather than getting worked up about it, just go with the flow.

“Try to keep the boundaries and the routine but at the same time, be flexible and don’t make it a big deal.”

‘Be open with your children’

Although adults should be careful not to show their own anxieties, Dr Dave advised they provide some level of openness to their children regarding the ongoing crisis.

“Obviously you would say different things to a five-year-old compared to a teenager, but children want openness. Rather than sugar-coating it and saying everything is going to be okay, you can acknowledge that things can still feel a little scary or difficult right now,” said Dr Dave.

She admitted that it was difficult to predict the long-term impact on children. “It depends to what degree it affects their day-to-day education,” she said. “It is about adjusting to a different way of interacting with the world and with the things around you.

“But it is difficult to say now as we don’t know when the pandemic will end.”

In response to Eastern Eye, a government spokesperson acknowledged how “incredibly difficult” the last year had been for children and young people.

“We are prioritising the wellbeing of children and young people, backed by more than £17 million to build on the mental health support currently available in schools,” they said. “This includes our £15 million Wellbeing for Education Recovery and Return programmes, which are helping education staff respond to pressures by providing training and resources to staff so that they can support students experiencing trauma, anxiety, or grief.”

The government is also investing £3 billion to boost learning, including £950 million in additional funding for schools which they can use to support pupils’ mental health and wellbeing.

An extra £2.3 billion a year will be provided to mental health services by 2023 to give an additional 345,000 children access to NHS-funded services or school and college-based support by 2024, the spokesperson added.