Pakistan to withdraw cases against 350 accused in temple burning case 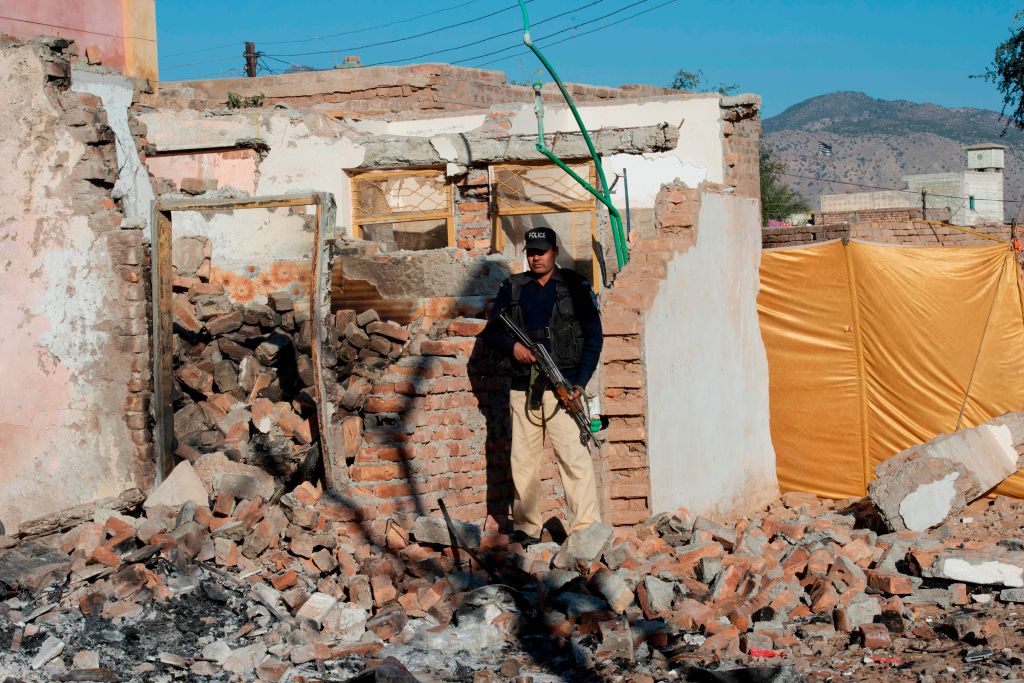 A policeman stands guard at a burnt Hindu temple a day after a mob attack in a remote village in Karak district, some 160 km southeast of Peshawar on December 31, 2020. (Photo by ABDUL MAJEED/AFP via Getty Images)

CRIMINAL cases against 350 people in Pakistan who are accused of burning down a temple last year will be withdrawn, Pakistan’s Khyber Pakhtunkhwa government said on Tuesday (13).

The minority Hindu community has “pardoned” the 350 people, the government claimed.

The Khyber Pakhtunkhwa government had named the accused in a first information report for their alleged involvement in setting alight the tomb of Prem Hans and an adjacent temple in Teri Karak district last year.

According to sources, members of the Hindu community “pardoned” the accused in a jirga set up by the government to settle the matter. A jirga is a traditional assembly of elders to make decisions by consensus.

They said the government had constituted the jirga which “amicably resolved” all the issues “that created unrest between Muslim and Hindu communities” in the area.

However, Hindus maintained that despite assurances by the government, the construction of a resting area adjacent to the temple is being “unnecessarily delayed”.

Haroon Sarab Diyal, a human rights activist of the province, said, “We are not against peace and interfaith harmony, but the way adopted for the withdrawal of cases is quite against the jirga culture of the soil.”

He complained that the local Hindu community was not taken into confidence except for Pakistan Tehreek-e-Insaf member of the National Assembly and chairman of the Pakistan Hindu Council, Ramesh K Vankwani.

Sources added that the interior department of the province had also written an official letter to the anti-terrorism court, informing it of the decision of the jirga.

The Supreme Court had taken a suo motu notice of the case and directed the provincial government to reconstruct the tomb and the temple.

The tomb of Shri Paramhans Ji Maharaj is considered sacred by Hindus. It was built where he died in 1919 in Teri village of Karak.

A majority of Pakistan’s Hindu population is settled in the Sindh province where they share culture, traditions and language with Muslim residents. But they often complain of harassment by extremists.