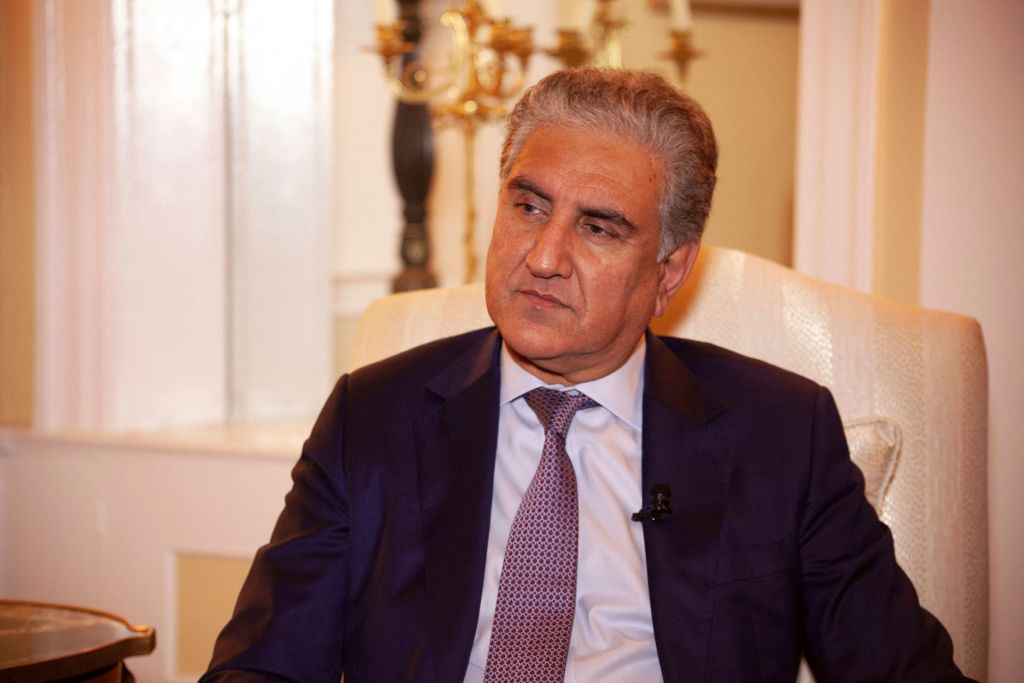 Pakistan’s foreign minister Shah Mahmood Qureshi speaks with AFP on the sidelines of the high-level 76th session of the UN General Assembly in New York on September 20, 2021. (Photo by CELINE GESRET/AFP via Getty Images)

PAKISTAN has called on world powers to unblock billions of dollars in Afghan assets frozen after the Taliban takeover but said it did not expect recognition of the new government soon.

Ahead of talks on Afghanistan at the UN General Assembly, Pakistani foreign minister Shah Mahmood Qureshi said on Monday (20) that the most urgent priority was to avert an even deeper economic collapse of the neighbouring nation that could trigger a humanitarian catastrophe.

“On one hand, you’re raising fresh funds to avert a crisis and on the other hand money that is theirs – belongs to them – they cannot use,” Qureshi told reporters.

“I think freezing the assets is not helping the situation. I would strongly urge the powers that be that they should revisit that policy and think of unfreezing,” he said.

“It will be a confidence-building measure as well and that could also incentivise positive behaviour.”

The United States froze $9.5 billion (£6.94bn) in Afghan Central Bank assets and international lenders have stayed clear of Afghanistan, wary of providing money that could be used by the Taliban.

Pakistan was the chief backer of the Taliban’s draconian 1996-2001 regime and has long faced US allegations that its intelligence service fueled the Islamist insurgents in their two-decade battle against NATO forces and the now collapsed Western-backed government.

While calling for engagement with the Taliban, Qureshi appeared to share the US stance that it was premature to establish formal ties.

“I don’t think anybody is in a rush to recognise it at this stage and the Taliban should keep an eye on that,” Qureshi said.

If the Taliban want recognition, “they have to be more sensitive and more receptive to international opinion,” he said.

Qureshi hoped that the Taliban would be more inclusive after forming a caretaker government that includes figures blacklisted by the United Nations on terrorism allegations.

But he said he saw “positives” from the Taliban including a declaration of amnesty and a willingness to include ethnic groups other than the group’s dominant Pashtuns.

Pakistan’s ambassador to the United States, Asad Majeed Khan, too said recently that the Taliban are making “the right noises”.

However, activists and witnesses say on-the-ground reality is different from the Taliban’s promises, with women and girls already being excluded from employment and education even without formal announcements by the insurgents.