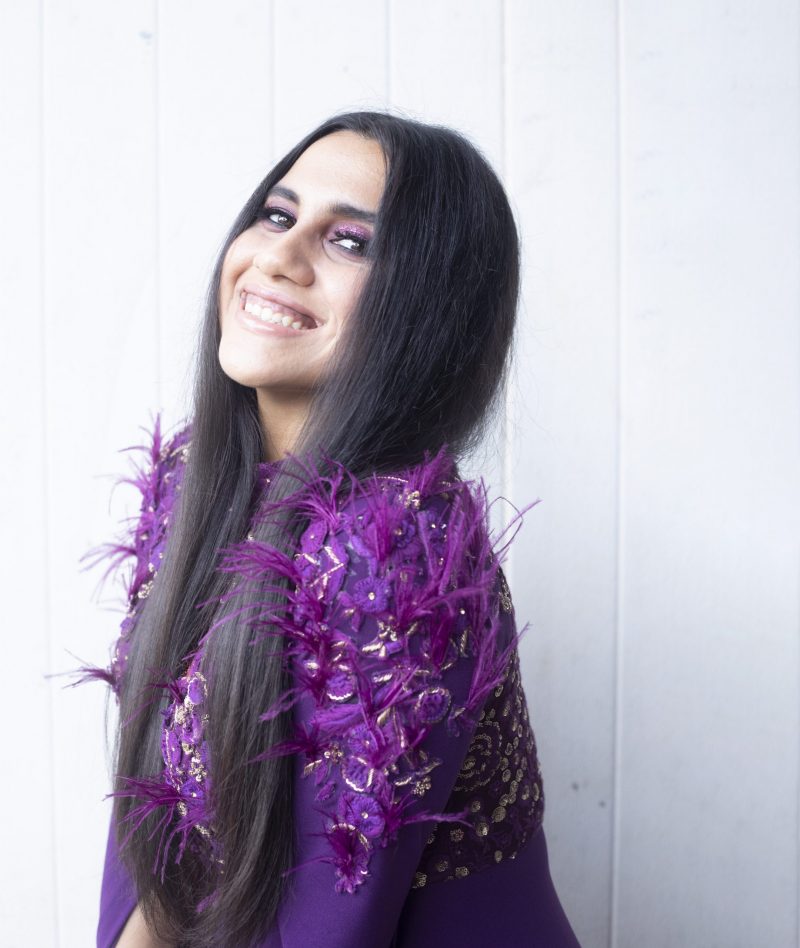 HOW SINGER NIKHITA GANDHI CAST A SPELL WITH HIT SONGS

Being able to effortlessly take on any genre has turned Nikhita Gandhi into an in-demand singer with impressive momentum behind her.

The versatile Indian star’s sparkling voice lighting up songs in languages, including Hindi, Tamil, Telugu, and Bengali, has established her as a musical force of nature able to connect with cross-generational audiences globally. Hot hits like Raabta, Ullu Ka Pattha, Ghar, Qafirana, Aao Kabhi Haveli Pe, Poster Lagwa Do, Burj Khalifa, Nach Meri Rani, She’s On Fire, Jugnu and Najaa have got her a rapidly growing fan base eager to see what she will do next, and learn more about the enigmatic talent.

With that in mind, Eastern Eye decided to have an in-depth discussion with the Kolkata-born sensation about her close connection to singing, inspirations and passions away from music.

What first connected you to music?
I’ve grown up with a deep love and appreciation of music. I’m a Kolkata girl, so dance and music were introduced to me very early in my life. I’ve learnt Odissi from the age of five, and even when we used to learn new pieces I would always be drawn to the melodies and sing along as I danced. I joined Hindustani music shortly after. I’ve grown up with a record collection of my grandparents, from Jagjit Singh to Frank Sinatra, from my dad’s love of Kishore Kumar to my mom’s favourite Abba hits.

You have a growing list of hit songs, but which is your favourite?
I would have to say Ghar (from Jab Harry Met Sejal) is closest to my heart. (Laughs) It’s the OG of my repertoire and a composition I absolutely love. From my originals, I think I put a lot of heart and soul into Khud Ko Hi Paake.

You are known for your incredible versatility, but which song challenged you most?
My first song Ladio. It was my first solo playback experience and the challenges were many! For starters, it was in Tamil, which was a language I could barely understand at that point, let alone speak, and the words were way tougher than spoken Tamil. So much so that my friends from Chennai would be like, “even we don’t know what half the words mean”. Plus, it was a very high-pitched and fast song. Add that to the pressure of AR Rahman recording you in person, with director Shankar in the same room, you can imagine that noob Niki had a lot on her plate that day!

How much of a turning point was working with AR Rahman?
It was the entire turning point. Hands down, if I had not met Rahman sir, I would be practicing dentistry right now somewhere in the US and paying off my student loans. Meeting and working with him is the best thing that’s happened to my career.

Which other composers bring out the best in you?
Oh, all of them. Everyone has a different method. Some like you to be comfortable in the booth and do your thing, and others are super strict and make me nervous. The end result, however, is always marvellous. To name a few, I have built a wonderful work comraderie with Pritam da, Sachin-Jigar, Tanishk (Bagchi) and Amit Trivedi.

You seem like a pretty confident person. Has a song ever exceeded your expectations?
Yes, of course. Many of them. I think interestingly Aao Kabhi Haveli Pe (from Stree) was one such song. During the session, I remember I was very unsure of my performance and delivery, and felt the song was not a fit for me. But wh­en it came out, I was blown away. It really had just the right amount of quirk and desiness. Truly, the credit for that vision goes to (composers) Jigar and Sachin.

Does your approach change with different languages, and do you have any preference?
Preference as per comfort zone is probably (in descending order) English, Hindi, Bangla, Punjabi, Tamil, Telugu and so on, with the others. But when it comes to preference in terms of enjoyment, the answer may surprise you and even myself. It usually lies in the melody and composition.

Do you prefer singing slow love songs or upbeat dance numbers?
Honestly, I lo­ve both equally. I think that a lot more party son­gs come my way, which p­r­o­b­ably mak­es my soft corner for melodies st­r­o­n­ger. All in all th­ou­gh, I love bo­th. I enjoyed a Ju­gnu as much as I did a Qaafirana.

How does a film so­­ng compare to re­­­cording songs for other kind of proje­cts?
Film is more nar­r­a­tion oriented and contextual. An ind­e­pendent single on the other hand can at times be very fluid, which is exciting.

Which of your forthcoming tracks are you excited about?
There’s a song called Tu Hi Bata which I wrote with a friend, Siddhant Bhonsle, and which I’m excited to drop.

How much does live performance mean to you and what has been the most memorable?
I absolutely love being on stage. I think the energy is irreplaceable and also very hard to describe. One of my first shows was a small appearance in a charity show in Lady Andal, Chennai, which was really memorable for me. I sang a mashup of Adiye and Teri Deewani, which was, in a way, representative of me – a Punjabi Bengali girl living her college days in Chennai.

How do you reflect on those early days?
I do miss my pre-pro days when I used to sing in a three-piece band at the Hilton on Friday nights in exchange for a pittance and free sushi. For a college kid in dental school, that was definitely the highlight of every week.

You have worked with great talents, from composers to duets with great singers. Who else would you love to collaborate with?
Aargh!! (Laughs) I never know how to answer this question. I’m grateful to the universe that a lot of such people I’ve already had the luck to work with! Be it Rahman sir or Pritam da or even Pink Sweat$. I think I have a lot of international artists on my current list like Kehlani, HER and Bhanga Bangla. 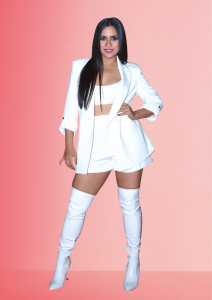 What music dominates your playlist?
A lot of r’n’b, soul, rap and pop. I listen to a large spectrum – sometimes you’ll hear a lot of Punjabi music dominating one week and then ghazals dominating the next.

What did you mean when you said regional language industries give more importance to singers and musicians than Bollywood?
I think the audience identifies with the singers a lot more in regional cinema than Bollywood. Since we aren’t the face of the music in films – singers, composers and writers don’t reach the public as much in Bollywood. But the fan following of musicians is insane and amazing in regional areas, especially in south India.

Do you have any ambitions away from music?
I don’t know about ambitions, but I am passionate about a lot of things like animal welfare, the environment and upcycling and sustainable fashion. I just feel humans have really claimed a lot more than shared and so anything that promotes a more sustainable lifestyle is something I’m very passionate about. I cycle to most places, including recordings and sometimes premieres. I have two rescue dogs in my house and really try in every possible way to be more conscious and sensitive to others. I think the key is to keep trying.

What is it that inspires you as a singer?
Love, beauty, kindness, affection, pain, nature, and hardship. Literally everything around me is a source of inspiration and to be able to communicate these things through music and singing is truly the highest honour in my life.

What is the best advice you got?
Neki kar aur dariya mein dal (Do good deeds and put them in the ocean – do a good deed without expecting anything in return). (Laughs) My mom said that to me just yesterday.

Why do you love music so much?
It is nothing and everything, and all that is in between. The most ineffable and powerful way of expressing, and on a less strangely philosophical note, it heals.