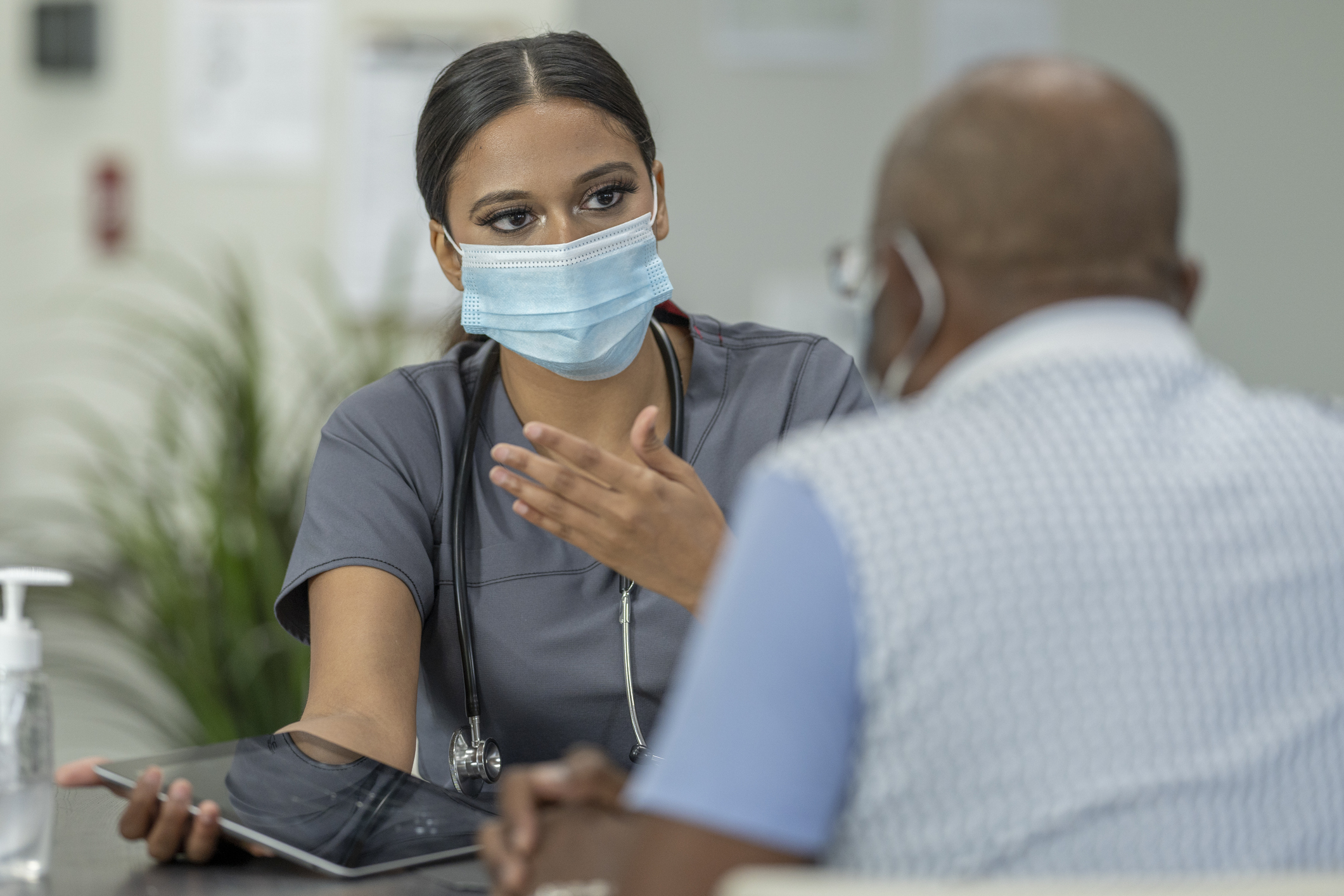 PANDEMIC PRESSURE: The lack of routine check-ups is causing stress to patients suffering from diabetes and heart disease, health campaigners have warned
Follow Us

PATIENTS waiting for vital NHS health checks are experiencing mental health issues due to the stress over postponed tests and surgeries, an Asian health campaigner has warned.

Following the coronavirus pandemic and the overwhelming strain on the country’s healthcare resources, the NHS has had to postpone many key assessments tests or patients as it works through the Covid backlog.

In June, the overall waiting list for tests (including MRIs and heart scans) was 1.4 million patients. This was an increase of 28 per cent compared with two years prior, NHS England analysis showed.

Kirit Mistry is the chair of South Asian Health Action and helps to facilitate patient groups – including one for south Asian patients with diabetes and another for kidney disease.

Mistry said he has been supporting some individuals who have had various procedures delayed. He has spoken to kidney disease patients whose transplant surgeries have been postponed.

“It has a big impact on their mental health,” he told Eastern Eye. “There is an uncertainty of not knowing if your condition is spiralling out of control, and that can be very worrying.”

Although Mistry said he understood that procedures have been delayed due to the pandemic’s impact, the NHS needed to communicate with patients about the ongoing situation.

“Better communication would alleviate people’s mental health challenges, by [the NHS] keeping in regular contact and saying, ‘we’re aware your checks have to be done and just bear with us’,” he explained. “That lack of communication doesn’t help people and can leave them anxious or depressed. It certainly has an impact on the wellbeing and mental health (of those patients).”

‘The NHS is under resourced’

Rachel Power is the chief executive of Patients Association, a charity aiming to improve patients’ experience of healthcare. She acknowledged the “huge challenge” that the NHS has faced during the ongoing pandemic and said its ability to provide non-Covid-19 care has been “seriously affected”.

“Now the NHS needs more resources – money and staff – and strong leadership to treat and care for the many patients on waiting lists,” she told Eastern Eye.

Echoing Mistry’s view, Power said the NHS needed to understand the impact on
patients who were waiting for tests. “(The NHS needs to) act in response,” Power remarked. “This means clear communication to patients whose treatment is cancelled or postponed, with expectations about what might happen next.

“Extra support to help people remain as well as possible in their own homes should be provided when possible.”

Last Thursday (26), the Health Foundation think-tank cautioned that delays in diabetes diagnosis and treatment could have severe impacts on patients and the NHS.

Data showed there were 26 per cent fewer new cases of type 2 diabetes diagnosed in 2020 compared to 2019 in England. People suffering with diabetes usually have an annual check-up – including an examination of their eyes, kidneys, and feet for signs of complications related to the condition – but many of these were cancelled, delayed, or moved online, leading to reductions in patient monitoring.

For example, the Health Foundation found HbA1c testing (a measure of average blood glucose levels for the last two-to-three months) was 43 per cent lower in 2020 than in 2019. Referrals to diabetes nurses and education programmes were 35 per cent lower.

Mistry, who has type 2 diabetes himself, said he was concerned about the backlog. “We know that during the pandemic, people’s diabetes may have gotten bad because their lifestyle or diet couldn’t be managed properly because of them being at home,” he explained. “The importance of regular blood tests which gives us a three-month variation of how our blood levels are doing is vital.

“It is going to cost the NHS more in the long run and cause complications.”

Responding to Eastern Eye, an NHS spokesperson said treating thousands of patients for Covid-19 had inevitably had an impact on other parts of the health service. However, they noted the NHS was already showing strong signs of recovery in areas including diagnostics, with almost two million tests in June alone.

They said: “The NHS is continuing to urge anyone with health concerns or symptoms to come forward so we can help you. Latest figures show that the average waiting time for a diagnostic test has fallen to less than three weeks, and the number of patients waiting six weeks or more has dropped by more than a third since this time last year.”