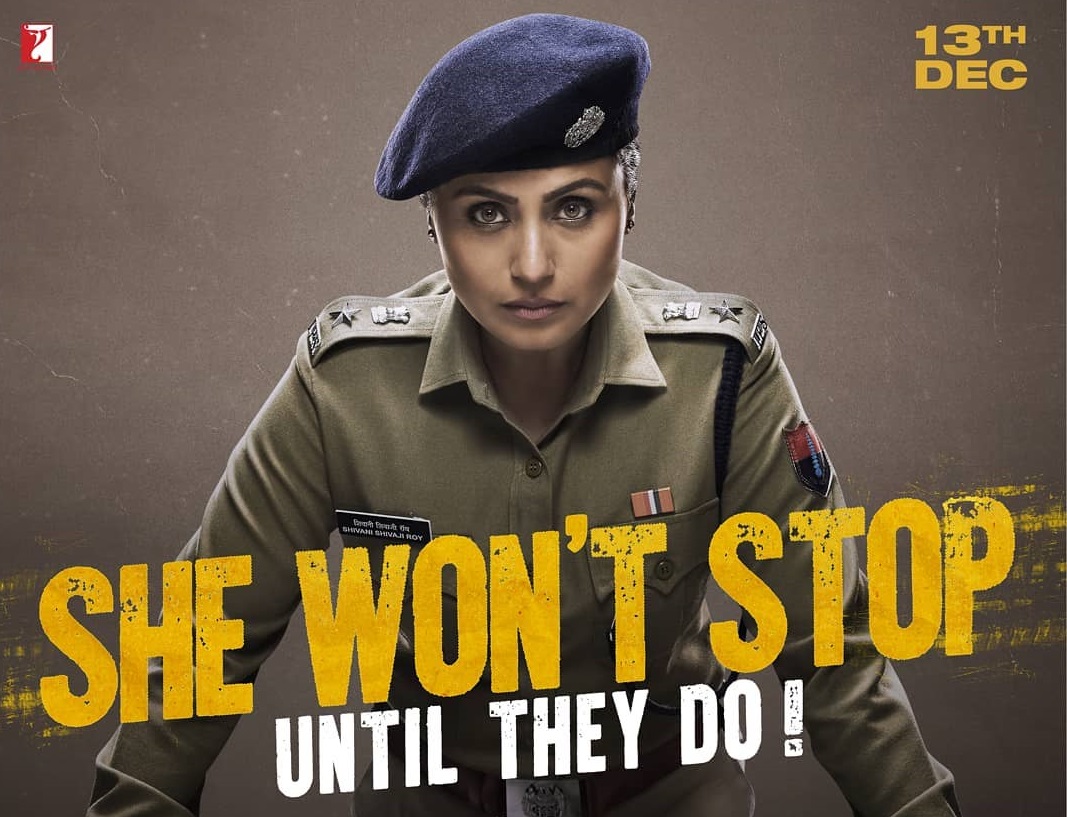 Rani Mukerji starrer Mardaani 2 is surely one of the most awaited films of the year. The movie talks about the rapes that are done by juveniles in India.

Well, the makers are leaving no stone unturned to create a good pre-release buzz, and today, they have unveiled a few posters of the film that raise a few very relevant questions. Check out the posters here…

“How can a country with more than 50 crore women not be safe for them?”

“How can people blame the rape victim instead of the rapist?”

“When will rape stop being about woman’s clothes?”

“Why does the age of a rapist matter at all?”

“Why is a woman travelling on public transport treated like public property?”

And the last poster defines Rani’s character Shivani Shivaji Roy, “She won’t stop until they do!”

Mardaani 2 is releasing during a time when once again India has come together to ask for justice for one of their daughters who was raped and killed. Priyanka Reddy’s rape case has not just been a shock for Indians, but people all around the world.

While talking about Mardaani 2, Rani had stated a few days ago, “Mardaani is not a regular franchise. I think it’s a franchise that talks about women empowerment. Shivani Shivaji Roy embodies the spirit of women empowerment in its true spirit because women when they watch a film like that, they get inspired, they feel empowered. So, it’s a different kind of film, a different kind of subject that we are dealing with. More than being pressurized about how the sequel would be, I think the most important reason was that are we raising an important issue with Mardaani 2, are we able to talk about the serious crime our city or country is facing, is there an important message that we are giving. The concept was most important.”

Directed by Gopi Puthran and produced by Aditya Chopra, Mardaani 2 is slated to release on 13th December 2019.