Monty: I was in denial about my mental health 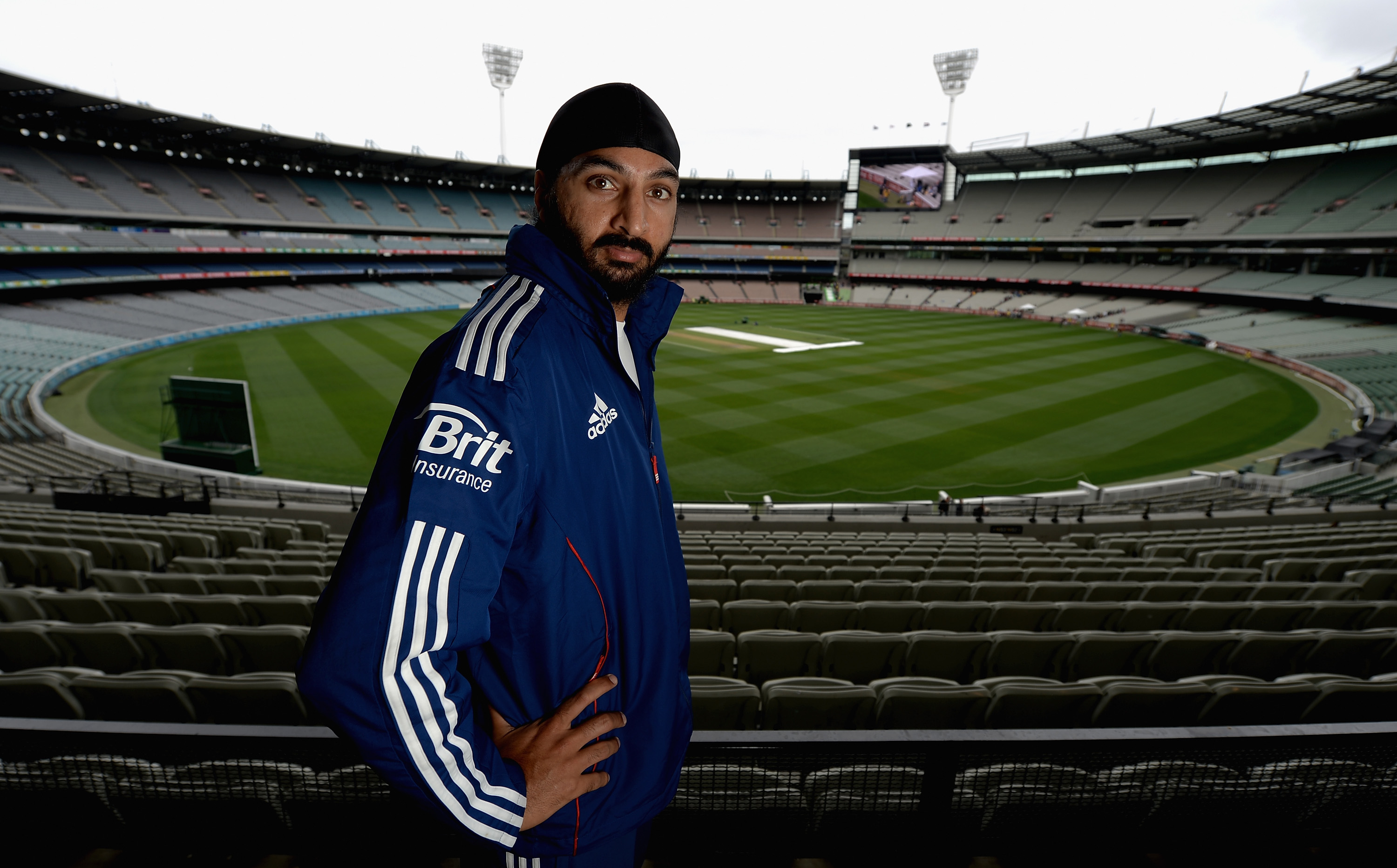 FORMER England cricketer Monty Panesar has urged the British Asian community not to
be misled by false notions of beizatee or izzat (honour), but instead seek help if they experience mental health problems – as he himself should have done.

His advice was: “Don’t isolate yourself. Isolation is the breeding ground for mental health issues. Try and speak to people about it. Speak to your family and friends. Talking is the best thing.”

There was a time when the 37-year-old was England’s star left arm spinner, who had hit the headlines by taking the prize wicket of Sachin Tendulkar as his first Test victim in an England-India match in Nagpur in March 2006.

Monty became a popular British Asian role model, as an England bowler who went on to take 167 wickets in 50 Tests between 2006 and 2013.

Universally known as just “Monty”, like Field Marshal Montgomery from the Second World
War, he also became the darling of English cricketing crowds.

But then his career fell away rapidly because of a number of personal problems. He lost his
place in the England side and found even counties were not willing to take him on.

In the end, Monty sought medical help and now even talks of reviving his cricket career and going into politics.

He has recounted the ups and downs in his life in his autobiography, The Full Monty (Pen & Sword Books; £20). And in a meeting in London last Friday (13) with the Indian Journalists’ Association, he talked frankly about the mistakes he had made when grappling with his own mental health problems.

He would now like the British Asian community to learn from his errors. “I was in denial,” he admitted. “I was like, ‘Oh, everything is fine with me.’ It is family and friends who said in a gentle way, ‘Maybe you should just make an appointment.’ ”

Looking back on what he went through, he said: “We are so busy with work. (But) I think what’s really important is having healthy friends and family relationships.”

Asked about battles with his inner demons, he pointed out that if anyone in the Asian community admitted having a mental health problem, the common reaction was: “ ‘Oh, don’t tell anyone. This is going to be beizatee – izzat is on the line.’ ”

People are warned: “‘If you go out and tell your community, then no one is going to speak to you because this (mental health problems) doesn’t exist in our community. In our Indian culture, we go out and work, come home and provide for the family. Everything is perfect for us. This does not exist. ‘It’s all in your mind. It’s all rubbish. Go out and work more.’”

Such notions of izzat were damaging, he said. “You are going to have a rainy day – not every day is going to be sunny. That’s just life. So when you have that rainy day don’t isolate yourself.”

In Monty’s case, he was put on the road to recovery after he was diagnosed as suffering from paranoia and loss of confidence.

He gave a nuanced and well thought out answer when asked if he had personally experienced racism. He drew a distinction between racism and stereotyping.

But he also posed a more fundamental question: “How do you define racism? When a young kid enters a hall [to be assessed] if you see someone who is Indian, you
think spinner; if he is from the West Indies, fast bowler; if he is English, must be a batsman. Is that a stereotyped view or is that racism? In sport, we stereotype more rather than [subject people to] strict racism. You can block their ability to be an all-rounder.

Despite taking the wicket of Tendulkar on more than one occasion, Monty holds up the Indian batsman to be not just the greatest cricketer, but the greatest sportsman of all time.

Monty was eloquent in putting Tendulkar’s achievements into a historical and social context. “In the early ’90s when India was a developing nation and we needed a hero, we needed a role model, even our British Asian community, Indian communities worldwide, in India as well – that is what Sachin paaji (elder brother in Punjabi) provided.

“Not just cricketing abilities. He gave a decade, he lifted a whole nation of people – the business, the economy, everything – one sportsman did that single handed. I don’t think another sportsman could do that – in football or any other thing. For me, he will always
be the greatest sportsman ever.”

“Not just cricket?” Monty was asked. He was emphatic: “No, the greatest sportsman ever because of the magnitude of what he did for India as a nation. India at that time was a developing nation. It didn’t have what it has now – (it’s a) superpower now. Now the tables
have turned. But that is what he has done. He is always going to be the God of cricket and he should always remain as that.”