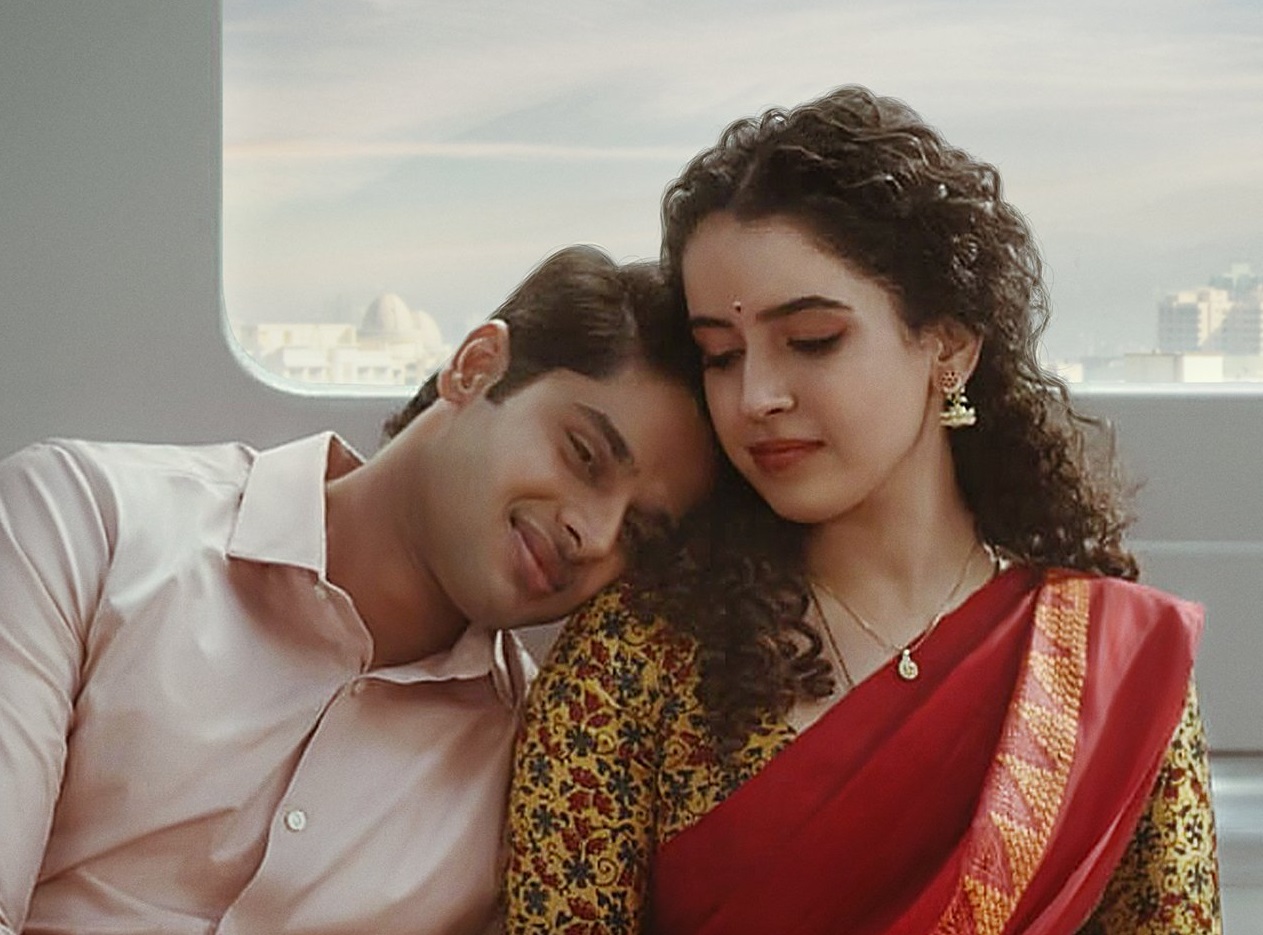 Romantic-comedy is a genre that attracts audiences a lot, and add a wedding to it, so, it surely becomes more interesting.

Netflix’s next film Meenakshi Sundareshwar starring Sanya Malhotra and Abhimanyu Dassani is a rom-com and a long-distance marriage is the backdrop of the movie. So, the viewers are looking forward to it.

On Tuesday (12), the teaser of Meenakshi Sundareshwar was released. Karan Johar, who has produced the movie under Dharmatic Entertainment, tweeted the teaser and wrote, “This festive season, Meenakshi & Sundareshwar are taking you along for their journey of keeping love alive, despite the distance!Red heart #MeenakshiSundareshwar coming to Netflix on November 5. @apoorvamehta18 @somenmishra0 @Abhimannyu_D @sanyamalhotra07 @SonniVivek @aarshasauras.”

Well, the teaser is quite good, and Malhotra and Dassani’s chemistry is perfect in it. Both the actors are looking good in the South Indian avatars.

Directed by Vivek Soni, Meenakshi Sundareshwar will premiere on Netflix on 5th November 2021.

Talking about other films of Malhotra, the actress will be seen in movies like Love Hostel and the Hindi remake of Telugu film Hit. There are reports that she has been roped in to play one of the female leads in Atlee’s next which stars Shah Rukh Khan in the lead role. However, there’s no official announcement about it.

Meanwhile, Dassani will be seen in Nikamma and Aankh Micholi.