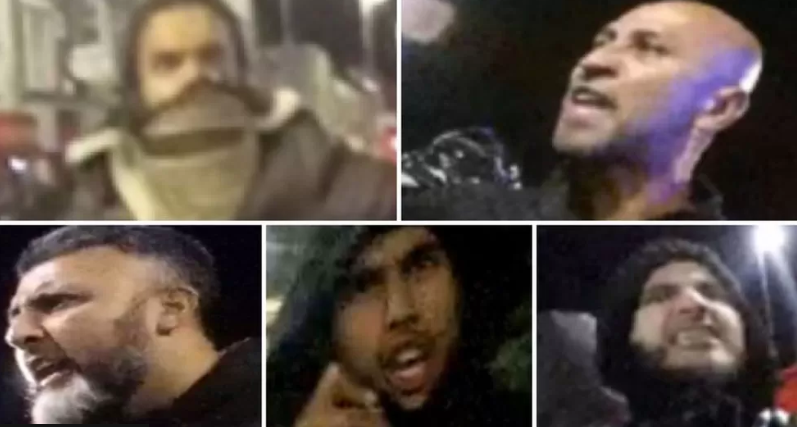 Leicester Police have asked for public help to identify these men in connection with the serious disorder last autumn (Image credit: Leicestershire Police)
Follow Us

Leicestershire Police have released images of 10 men and sought public help to identify them as the investigation into the serious disorder during last autumn has continued.

Detectives believe questioning the men in the bodycam images would help them make further headway into the investigation.

About 100 people have so far been arrested in connection with the violence, sparked by the celebrations of India’s victory over Pakistan in a cricket match played in Dubai on August 28 last year. This was followed by weeks of unrest involving Hindu and Muslim groups in east Leicester in September.

Some 25 officers and a police dog were among those injured during the unsavoury incidents which the police force believes were fuelled by rumours on social media.

Leicester Police said investigators are working through several hours of CCTV and bodycam video and more images would be released in the coming weeks to make sure officers have spoken to everyone “captured on some footage”.

Detective chief inspector Rob Arthur said “near to 100” suspects were arrested and the force was “working hard to find out who the remaining men are.”

Arthur, who is leading the investigation, appealed to anyone having information on the men in the images to contact the force on 101 quoting incident number 158 of January 9.

Information can also be shared on the force’s website leics.police.uk or by making an anonymous report to Crimestoppers on 0800 555 111, he said.

Arthur also appealed to anyone featured in the imagery to come forward themselves “so the investigation team can make contact.”

Leicester’s violence made international headlines and forced the government to bring in reinforcements from other parts of the UK to prevent the situation from escalating further.