‘Lack of Covid advice for Asians has impacted us’ 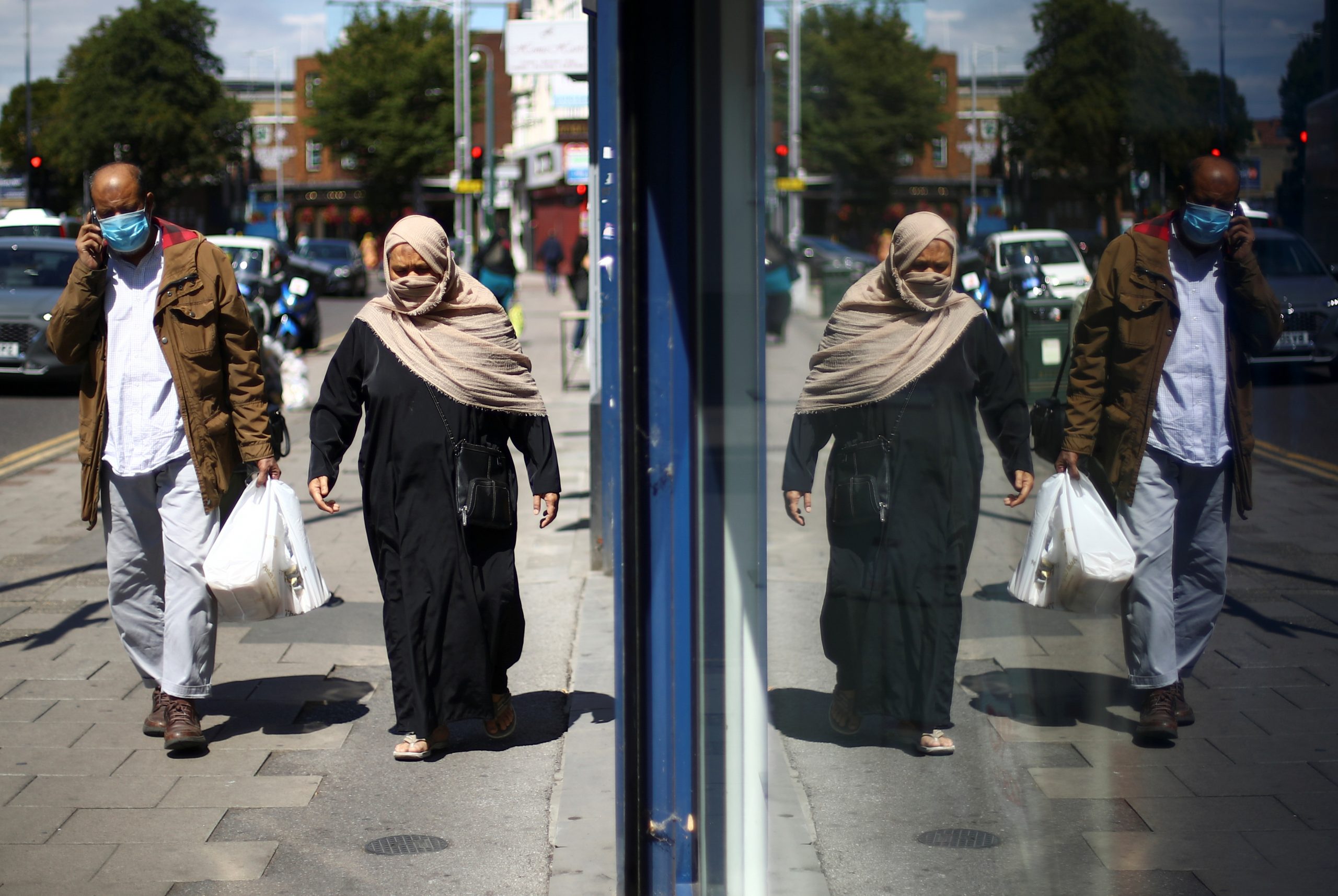 LOST IN TRANSLATION: Messaging around health risks and lockdown measures needs to be accessible to those in minority communities who are not fluent in English, say experts

A YOUNG British Asian has spoken about the difficulties of living in a multi-generational home during the Covid-19 crisis, claiming the government “failed to provide specific messaging” for those in shared housing.

Aashi Begum*, 18, lives with her parents, grandmother and aunt in Newham, east London. In an interview with Eastern Eye, Begum said she and her family had remained unsure of specific health advice
during lockdown and did not believe the government had released enough information for multi-generational households.

During lockdown, Begum’s family stuck to the guidelines and rarely left the house. However, she admitted they still had concerns about passing the virus to one another as her father had to visit the supermarket weekly to stock up on supplies.

“There isn’t a lot of social isolation you can do in one house,” she said. “We weren’t sure if my dad needed to self-isolate for two weeks after he had gone shopping, and we questioned if my grandma had to stay in her room during lockdown too.

“We all got the message to self-isolate for two weeks, but how are you meant to do that when you live in a household with a lot of people, with grandparents and children? It was difficult to work out.”

Although her aunt had Covid-19 symptoms, Begum said she tested negative for the virus. No other family members have shown coronavirus symptoms.

Begum also claimed to have seen no messaging tailored for the Asian community, raising concern that many elderly people from the community may struggle with government advice due to language barriers. Her claims follow criticism by a number of prominent figures – including the British Medical Association’s council chair Dr Chaand Nagpaul – who had called on the government to release “culturally sensitive” campaigns to reach ethnic groups.

“I’ve seen translated posters on social media (made by volunteers) but I have not seen anything that is government backed,” she said. “However, I don’t see how (the translated posts) would benefit a lot of the elderly generation as they won’t be using social media as much as a young person would. I think a lot more could have been done for those people who may not necessarily be fluent in English.”

Although her grandmother, who is 67, was able to receive information as the family translated it for her, Begum said she would have felt concerned if she was living by herself during the pandemic. “My grandma watches the news and she gets what she can, but she understands very little English,” Begum, who is British-Bangladeshi, explained. “Obviously, we were there to translate a lot of things for her, but what happens to those elderly people who don’t have people who can translate everything on the news for them?”

Following the local lockdown in Leicester last month, researchers recently found that cases of Covid-19 in the city had spiked at a higher rate in Asian communities. In recent weeks, there have also been a
number of local lockdowns implemented in Blackburn and Luton. In light of the rise, Public Health England noted an “increase in the proportion of cases from the Asian/Asian British ethnic group”.

Begum believes that the spike could be down to Asian families living in multi-generational homes. She also noted the heightened risk of people in the Asian community having illnesses such as diabetes and heart disease. Since the government health guidelines did not cater for Asian elders who may not speak English, Begum said this could put individuals more at risk if they suffered from comorbidities.

“My grandmother is diabetic and I haven’t seen anything specifically that says she will be more at risk and that is the same for a lot of our community,” she said, noting that diabetes tended to be more prevalent in the British Asian community. “(The lack of specific health guidelines) would impact us a lot.”

In response to Eastern Eye, a spokeswoman for Newham Council said their public health team had been working with community groups and stakeholders to improve the accessibility of information relating to the pandemic. They added they were “actively recruiting” residents from all sections of the community to sign up to become Covid-19 health champions, who are offered regular public health updates (via Zoom seminars and WhatsApp) and have access to advice and information that is translated into 13 different languages.

“The Covid-19 crisis is fast-changing, as is the advice, so the council with its community, charity and public health partners, are working hard to keep up to date information available in translated forms,” the
spokeswoman said. “We would urge all residents to sign up to become Covid-19 health champions to continue to improve the reach of messaging around the pandemic to all our residents.”
*Name has been changed to protect identity