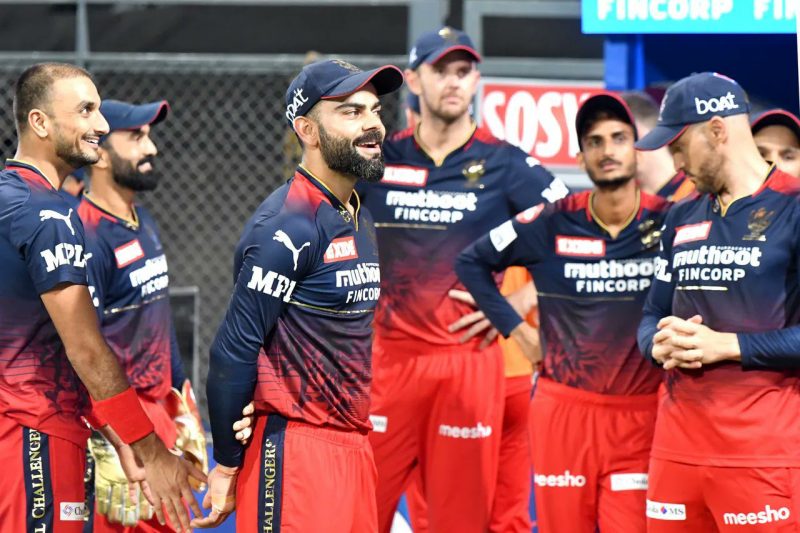 Kohli needs to take a break to freshen up the mind, says former players (Photo/Twitter: @imVkohli)
Follow Us

AFP Sport looks at five things we learned from the 15th edition of the Twenty20 tournament, which was expanded to 10 teams this year.

Former India captain Virat Kohli and Royal Challengers Bangalore’s wait for their first IPL title dragged on after they went down to Rajasthan in the second qualifier.

Kohli endured a tough season that included three golden ducks — out on first ball — before he scored a match-winning 73 in the team’s final league game. He averaged 22.73 across the tournament, his lowest since the 2010 season.

Coach Mike Hesson says that Kohli, 33, nevertheless remains an “influential character” who brought the senior players together and took care of the youngsters in the Faf du Plessis-led side.

But former players including Brett Lee feel the usually game-changing batsman should take a break to “freshen up the mind”.

Gujarat Titans emphatically shrugged off pundits’ concerns about their squad at the end of the February auction to emerge as the team to beat in their debut season.

Hardik Pandya, who was called an unlikely choice to lead the side because of his maverick ways and injury-prone career, combined with South African David Miller, Indian batsman Rahul Tewatia and Afghan spinner Rashid Khan to become champions.

Pandya’s all-round showing in Sunday’s final, three wickets with the ball and 34 runs with the bat, capped a fairytale run that began by beating fellow newcomers Lucknow Super Giants in the league phase.

Lucknow also impressed on their debut season in finishing third in the regular-season standings, before losing to Royal Challengers in an eliminator.

Old warhorse M.S. Dhoni had a dramatic year for four-time champions Chennai Super Kings, who ended ninth in the table.

The 40-year-old gave up the captaincy ahead of the season but returned to lead the side midway through the campaign after Ravindra Jadeja stood down with Chennai’s form faltering.

The veteran wicketkeeper-batsman not only got some wins for Chennai but also played a few vintage knocks that galvanised their supporters.

Chennai ended last but one in the table, their lowest-ever ranking, but in his final league game Dhoni promised fans he would be “back next year”.

While foreign stars including Jos Buttler at Rajasthan Royals and Quinton de Kock at Lucknow Super Giants were vital to the success of their teams, emerging Indian talent made its presence felt this season.

Left-arm quick Mohsin Khan stood out for Lucknow with 14 wickets in nine matches at an economy rate of under six. Former West Indies seamer Ian Bishop called him a “terrific” prospect for the Indian team alongside Umran.

Spinners including Yuzvendra Chahal and Wanindu Hasaranga ruled the roost this edition despite Umran grabbing the headlines by clocking speeds of over 150 kilometres (93 miles) per hour.

Rajasthan’s Chahal finished with 27 scalps with his leg spin to secure the purple cap as the tournament’s leading bowler.

Bangalore’s Sri Lankan import Hasaranga reached 26 wickets in the second qualifier but the team bowed out of the tournament.

Afghan wizard Rashid embellished his T20 reputation, taking 19 wickets to be one of four spinners in the top 10 bowlers this IPL. Delhi Capitals’ Kuldeep Yadav claimed 21.