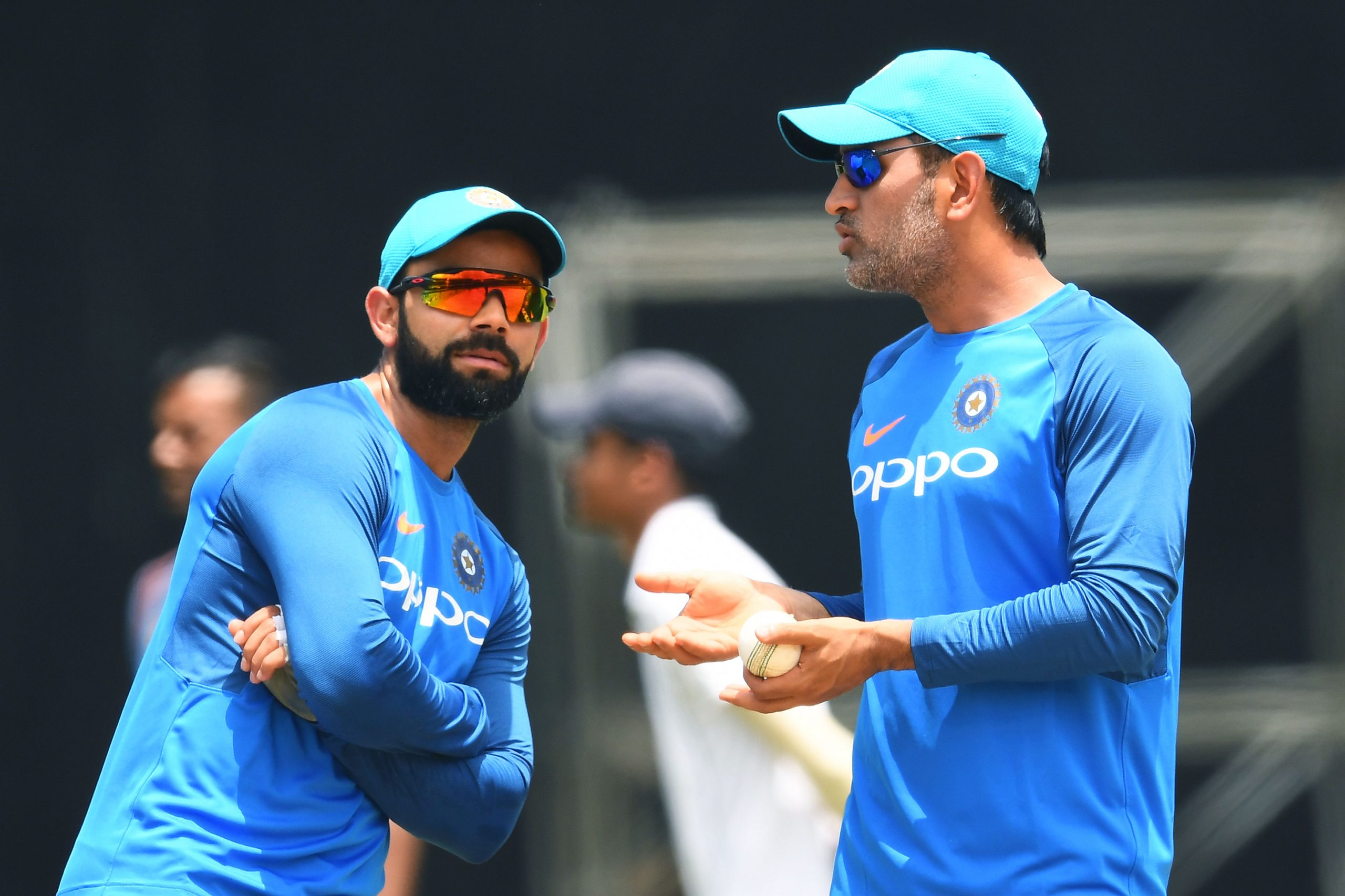 VIRAT KOHLI on Saturday (16) hailed MS Dhoni as an “inspiration” who had a “huge impact” on his cricketing journey as the India captain goes in search of the Twenty20 World Cup title.

Dhoni, who on Friday (15) led Chennai Super Kings to their fourth IPL crown, captained India to the T20 world title in 2007.

But a World Cup win still awaits Kohli who will step down as the national T20 skipper after the 2021 tournament which gets underway on Sunday (17).

The star batsman, who took over the leadership role across all formats from Dhoni in 2017, said the former captain’s presence in the dressing room as team mentor will inspire an already confident unit.

“He has always been a mentor for all of us when we were starting our careers through till the time we played with the team and now has an opportunity to continue to do that same work again,” Kohli told reporters.

“Younger guys who are playing their first major tournaments at early stages of their careers will benefit from his practical inputs, the intricate details of where the game is going and how we can improve.

“So we are delighted to have him back in this environment and his presence will certainly boost the morale of the team further and give us a lot more confidence than we already have as a team.”

The 32-year-old Kohli, who recently stepped down as captain of Royal Challengers Bangalore without an IPL title, said Dhoni lifting the T20 trophy in Johannesburg at the inaugural event in 2007 had a “huge impact” on his cricketing journey.

“Huge impact. I think no one really knew about the T20 tournament back in the day and then after the win the emergence of the IPL changed the game completely,” said Kohli.

“But we fondly remember watching this young Indian team achieve things at the world stage. We understood the impact. It was something special and inspirational.

“It gave me extra motivation and belief that I could also go out there and perform at the highest level at a young age.”

India went on to win the 50-over World Cup title in 2011 under Dhoni with a young Kohli also part of the team.

India ended runners-up in the T20 World Cup in 2014 and bowed out of the semifinals in the previous edition back home in 2016.

Kohli believes with the new age IPL game-changers the team can go a step further in the tournament’s seventh edition.

“As far as our T20 cricket is concerned we have always had a strong side,” said Kohli.

“And now more so than ever because a lot of youngsters from the IPL, who have got experience, have now come into their roles wonderfully well and are players who can change the game at any stage.

“So we are quite confident heading into this World Cup, knowing that we have a strong side and potentially we could go deep into the tournament and if we could end up in the knockout stages, maybe go one step further.”