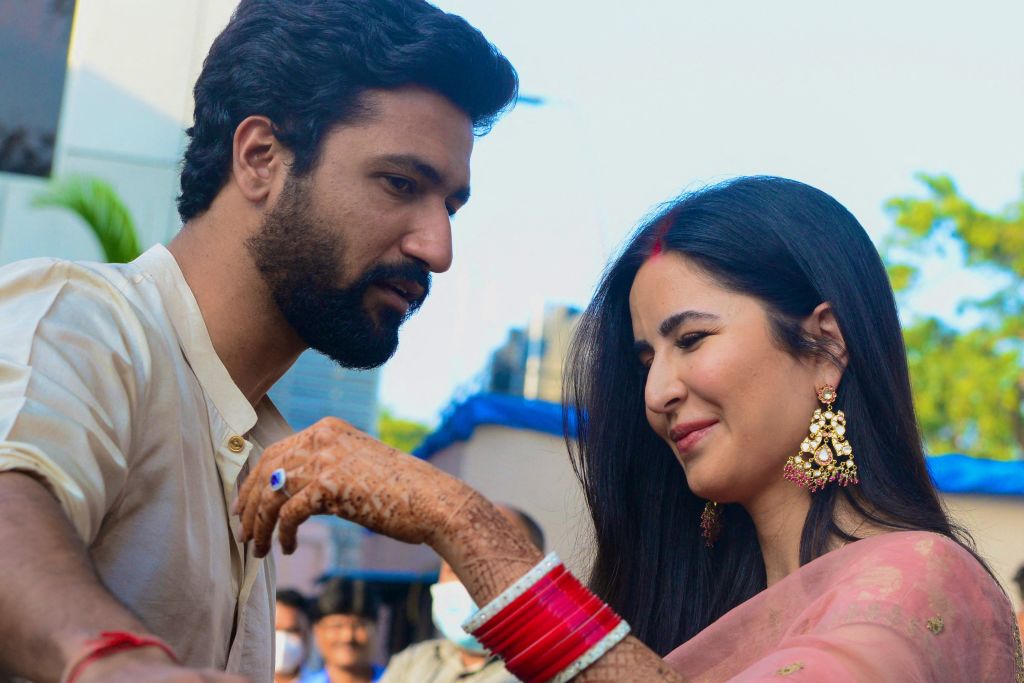 The Mumbai Police has launched an investigation after star couple Katrina Kaif and Vicky Kaushal purportedly received death threats on social media.
A complaint has been filed against an unidentified person at Santacruz Police Station, said Mumbai Police. Katrina and Vicky, who tied the knot in Rajasthan on December 9, have not commented anything about the matter in the public domain yet.

Prior to Vicky and Katrina, in June, actor Swara Bhasker received a death threat through a letter. The letter was sent to the actor’s residence located in Versova. After receiving the letter, Swara approached Versova police station and lodged a complaint against unidentified persons.
Being a celebrity definitely comes with its fair share of pros and cons. Apart from enjoying success, they also have to deal with criticism. Receiving death threats and ransom calls is not uncommon for stars.
Reportedly, Bollywood superstar Salman Khan and his father Salim Khan also received a death threat letter a month ago. The reports suggested that the letter was found by Salim’s security staff and the police. The police also revealed how the letter was found on a bench where Salim generally takes a break during his morning walks. The letter said that the father-son duo would meet the same fate as the slain Punjabi singer Sidhu Moose Wala, who was shot dead on May 29.
Last week, Salman paid a visit to the Mumbai Police headquarters where he met Commissioner Vivek Phansalkar at his south Mumbai office. He submitted a written application to the Mumbai Police to seek a weapon licence for his protection amid alleged death threats.
In a similar incident, in November 2021, actor Kangana Ranaut filed a complaint at a police station in Himachal Pradesh against the people who allegedly gave her death threats over her post on farm law protestors.
She took to her Instagram account to inform her followers about the same. Sharing a picture of the FIR copy, Kangana wrote in Hindi, “… I am getting constant threats from disruptive forces on this very post of mine. A brother of Bathinda has openly threatened to kill me. I am not afraid of this type of threats.”
She added, “I have registered an FIR with the police against the threats. I hope the Punjab government will also take action soon. The country is paramount for me, I am acceptable even if I have to sacrifice for this, but I am neither afraid nor will I ever be afraid, in the interest of the country, I will keep speaking openly against the traitors.”
Likewise, in October 2021, singer and former ‘Big Boss’ contestant Rahul Vaidya received threat calls from devotees for mentioning the name of ‘Shri Mogal Maa’ in a song. The song, which along with Rahul, also featured popular TV actor Nia Sharma, didn’t go down well with a section of the goddess’ devotees and has created quite a stir, especially among the Gujarati audiences.