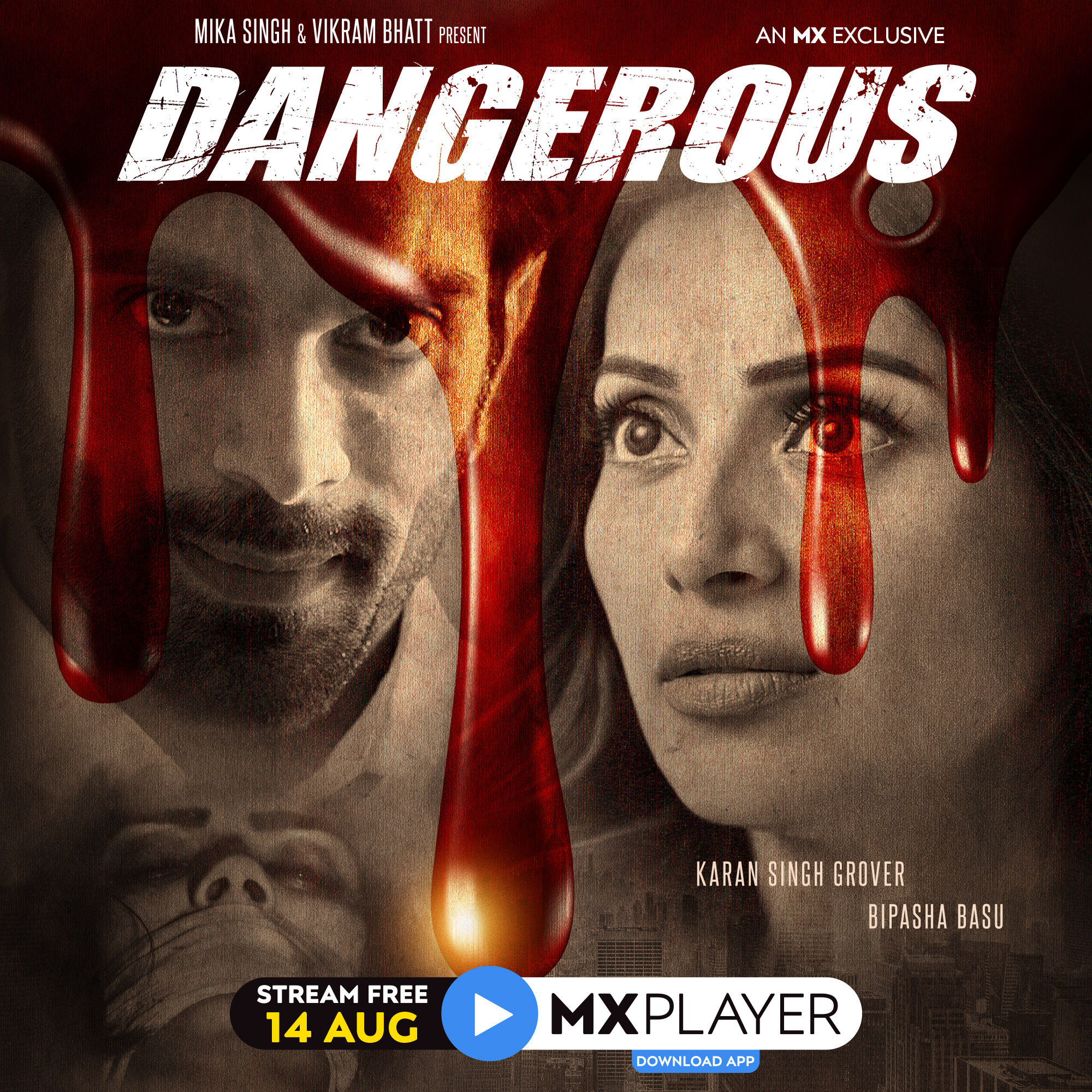 Bipasha Basu and Karan Singh Grover met on the sets of the successful horror film Alone (2015) and fell head over heels in love with each other. The duo walked down the aisle in April, 2016, and has been living happily ever after.

Their fans had thought that the two would work together more often after getting married but much to their chagrin, nothing of that sort happened. While Bipasha chose not to take up any projects after marriage, Karan returned before cameras after a long time, with an ALTBalaji series BOSS: Baap of Special Services (2019). He then briefly played the iconic character of Mr Bajaj on Star Plus’ Kasautii Zindagii Kay.

But now, Bipasha and Karan are set to scorch screens with their first project together after marriage. The couple has unveiled the trailer of their upcoming film Dangerous, a mystery thriller full of betrayal, love, affair, passion, deception, and rivalry. Set to premiere on MX Player on 14th August, the film has been directed by Bhushan Patel.

Sharing the trailer on Instagram, Bipasha wrote, “A troubled husband looking for his missing wife. Will he find her or will we uncover some Dangerous hidden secrets? Find out on 14th August only on MX Player.”

The trailer introduces Karan as an Indian millionaire named Aditya Dhanraj, whose wife Dia Dhanraj has gone missing. Later, he finds out that she been kidnapped by some unknown people. Bipasha plays his ex-lover who has been appointed to investigate the case. But things are bound to get complicated when ambers of romance between them reignite once again?

Talking about her comeback to acting, Bipasha said in a statement, “Our fans have been wanting to see me and Karan onscreen again. Dangerous was a script that really had me riveted, the twists and turns are sure to leave you astounded and this seemed like the perfect project to collaborate with each other again.”

Karan Singh Grover said, “Thrillers are a genre that always fascinates me, both as a viewer and as an actor. I’ve always enjoyed watching a good whodunit and Dangerous promises to leave you guessing until the very end, I’m looking forward to seeing how the audience will react to it.”

Dangerous is slated for its digital premiere on 14th August on MX Player.