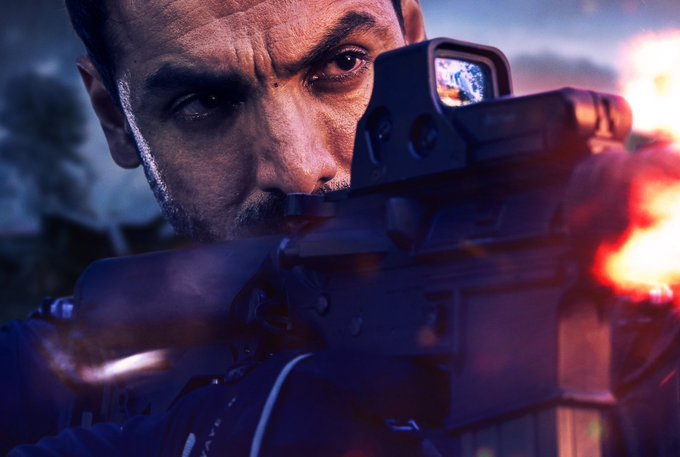 John Abraham starrer Satyameva Jayate released on 15th August 2018. This year, on Independence Day, John’s Batla House had hit the screens and now next year on Independence Day we will once again get to see John on the big screen.

Attack starring John Abraham, Jacqueline Fernandez, and Rakul Preet Singh is slated to release on 14th August 2020. The actor took to Twitter to inform his fans about it. He tweeted, “Excited to share the RELEASE DATE of my film, ATTACK. Written & Directed by Lakshya Raj Anand, the film will release worldwide on 14th August, 2020. Happy to partner with ⁦ @jayantilalgada ⁩ @ajay0701 @PenMovies @johnabrahament ⁦⁦ @LakshyaRajAnand.”

A few days ago, Jacqueline had confirmed that she is a part of the film. At an event, the actress had stated, “It’s a fantastic film and it’s a fantastic script. I am coming together again with John and we have Rakul also in this film with us. So, it will be great. It’s such a fantastic role, and the one that Rakul is doing is also brilliant. Actually, when I was hearing the story, I was thinking ‘wow Rakul’s role is really nice’. But she will do full justice to it and I am very happy that she is a part of the project.”

The shooting of the film will start in January next year.

Well, from the past two years, on Independence Day, John was clashing with Akshay Kumar at the box office. But in 2020, he will be clashing with Ajay Devgn. Bhuj: The Pride of India which stars Ajay Devgn, Sanjay Dutt, Sonakshi Sinha, and Rana Daggubati, is also slated to release on 14th August 2020. It will be interesting to see which film will win the box office race.

Business
Ken Clarke: Theresa May has ‘no idea’ what to do about Brexit