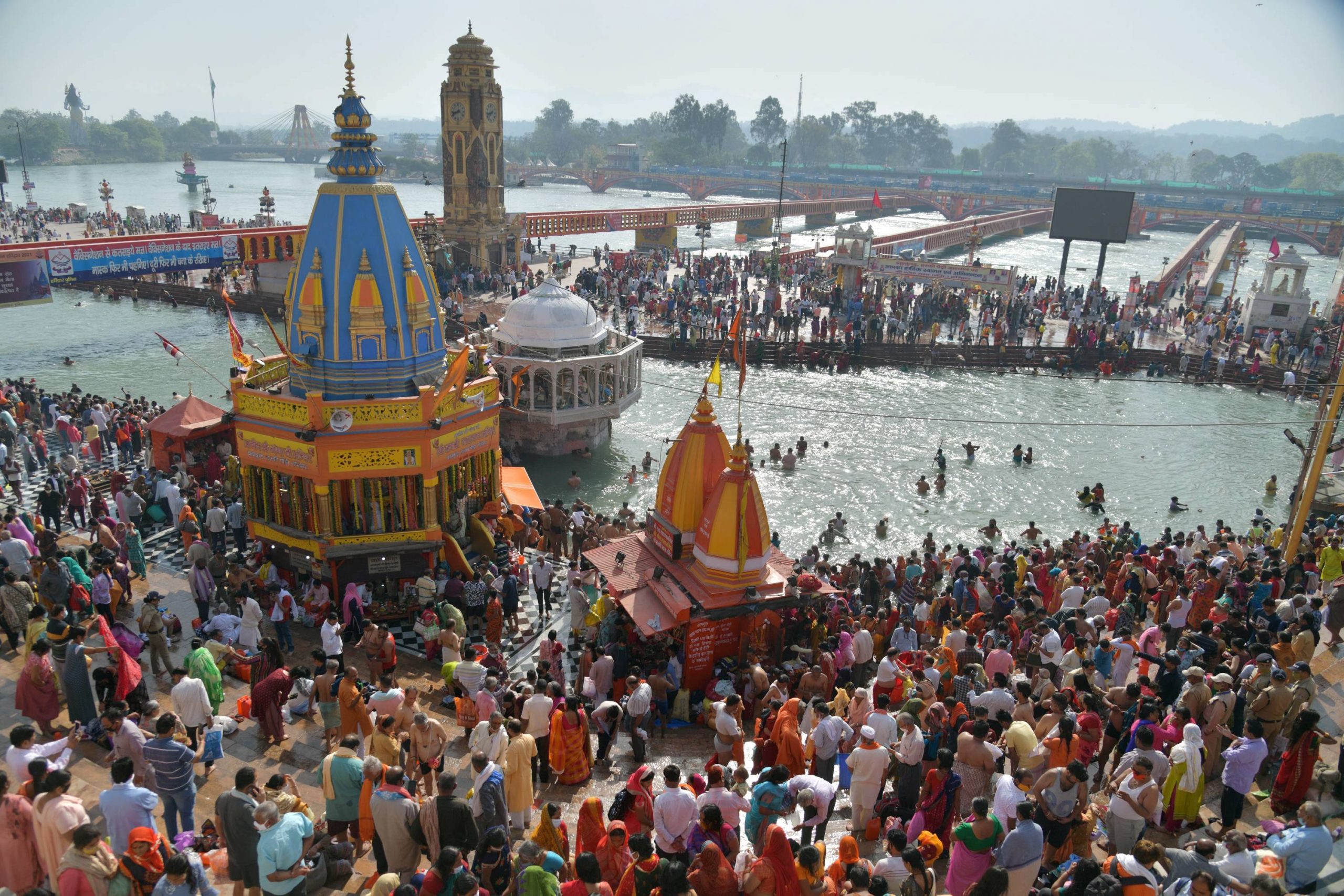 Devotees have gathered to attend the Kumbh Mela in Haridwar, amid a surge in Covid-19 cases in the country. (PTI Photo)
Follow Us

INDIA on Tuesday (13) reported 161,736 Covid-19 infections as hundreds of thousands Hindu devotees are set to take a holy dip in the Ganges river tomorrow (14).

Deaths rose by 879 to 171,058, while total nationwide infections stand at nearly 13.7 million as government critics have called for the cancellation of huge events.

Since April 2, India has reported the world’s highest daily tallies of infections, reaching more than 100,000 in the last week.

Nearly a million gathered at the northern city of Haridwar on Monday (12) to attend the ‘Kumbh Mela’, and reports suggest more than 100 have tested positive. The mass religious gathering saw a few following social distancing or mask wearing.

On Wednesday (13), again hundreds of thousands are expected to gather at the banks of the Ganges river.

The rallies by the ruling Bharatiya Janata Party and opposition parties in election-bound states have also triggered concern with daily infections surging across the country.

The second wave of the Covid-19 pandemic that began in major cities, such as Mumbai, is spreading fast into the villages and small towns of India where healthcare is fragile.

Reacting to the current pandemic situation in the country, India’s health minister Harsh Vardhan blamed several factors for the surge.

“There have been elections, religious gatherings, reopening of offices, lots of people travelling, attending social functions, not following rules, little mask-wearing in functions like weddings, even on crowded buses and trains,” he told in a video conference last week.

India is currently reporting around double the daily cases of the United States and Brazil, the two other worst affected countries, though its daily deaths lag both nations.

India’s total infections rank after only the United States, having overtaken Brazil on Monday (12).