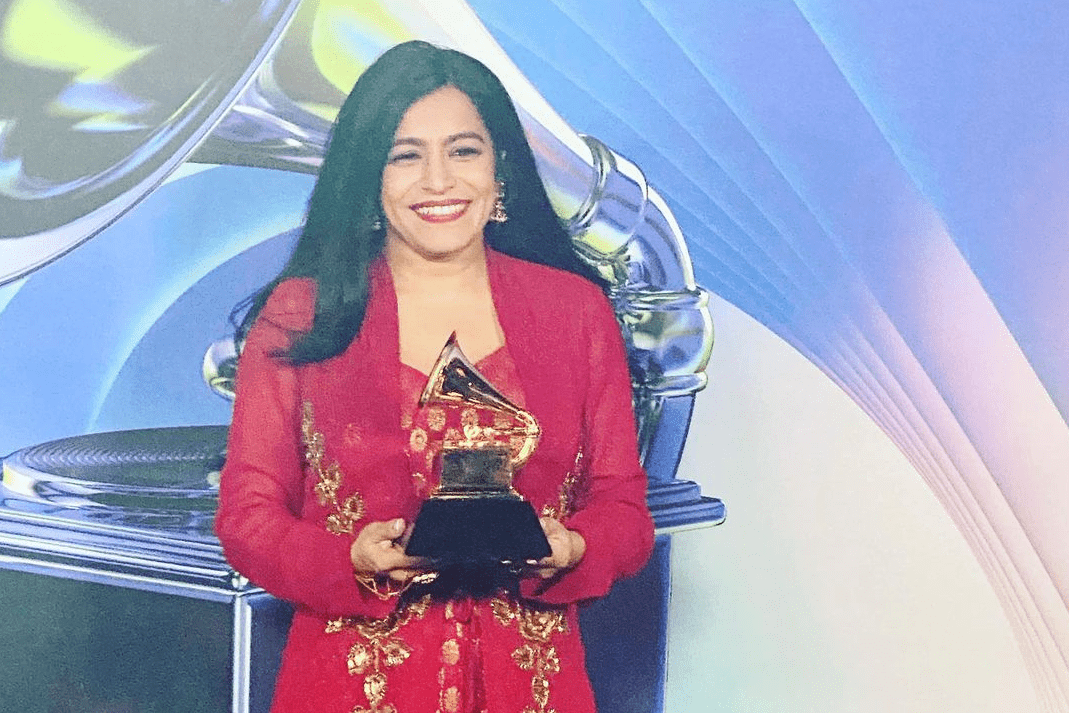 The Mumbai-born singer-songwriter took to Instagram to thank the Recording Academy, which conducts the Grammys, for the win.

“I have no words to describe today’s magic. What an honor to perform for the opening number of the GRAMMY Premiere Ceremony, and then take home a statue on behalf of all the incredible people who worked on A Colorful World.  We are humbled and thank the Recording Academy for this tremendous recognition. THANK YOU! (sic)” Shah wrote alongside her pictures from the event, which was held on Sunday night in Las Vegas.

The singer, known for her “modern inventive style with a formidable Indian classically-shaped vocal talent”, was previously nominated for a Grammy in the same category for her 2018 album “Falu’s Bazaar”.

Shah, who is in her early 40s, has trained in Hindustani Classical music in the Jaipur musical tradition and in the Benares style of thumrie under Kaumudi Munshi and semi-classical music from Uday Mazumdar.

According to her official website, she later continued studying under the late sarangi/vocal master Ustad Sultan Khan, and later with the legendary Kishori Amonkar (Jaipur style).

Shah moved to the US in 2000 and her subsequent career there has led her to collaborate with the likes of Yo-Yo Ma, Wyclef Jean, Philip Glass, Ricky Martin, Blues Traveler, and A R Rahman, among others.