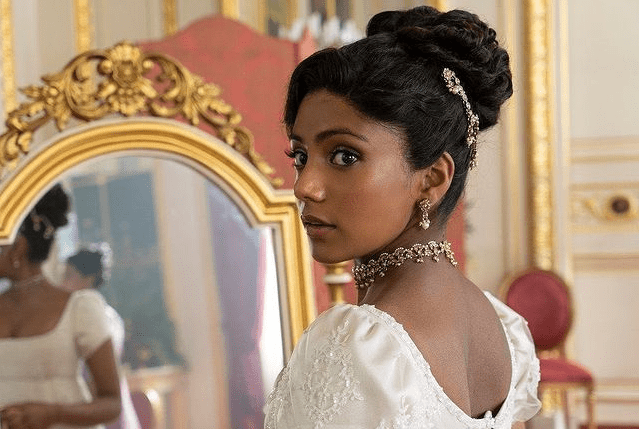 Charithra Chandran is currently in news for essaying Edwina Sharma in the second season of the much-loved Netflix period drama Bridgerton. After enthralling audiences with season one and amassing a record-breaking viewership, season two of the hit show is set to premiere on the streaming media platform on March 25.

Talking to a leading publication, Chandran revealed how some of her friends credited her casting in Bridgerton to her being a brown woman. She added that their remarks hurt her.

“People assume my success is due to a diversity quota. I have even had friends say to me, ‘Oh you got that because you are brown,’ and that really hurts,” the 25-year-old said, adding, “What’s really scary is that you can start believing it and thinking, ‘The only reason I got cast as Edwina is because they were looking for an Indian family.’”

Charithra wants to see a more diverse crew on sets. “I would love to see more crew who are black and brown. I think that’s really important. We should be careful about just sort of window dressing,” she said.

In addition to its great storytelling and terrific performances, Bridgerton received widespread praises for its highly diverse ensemble of actors.

“We have got to get folks in front of the camera and behind the camera. When that happens, you are going to get something you have never seen before. Bridgerton is something we have never seen before. We help out all of our creative folks in content and marketing with what we call an inclusion lens, when they are casting and when they are greenlighting: see who is there, see who is not,” she said.