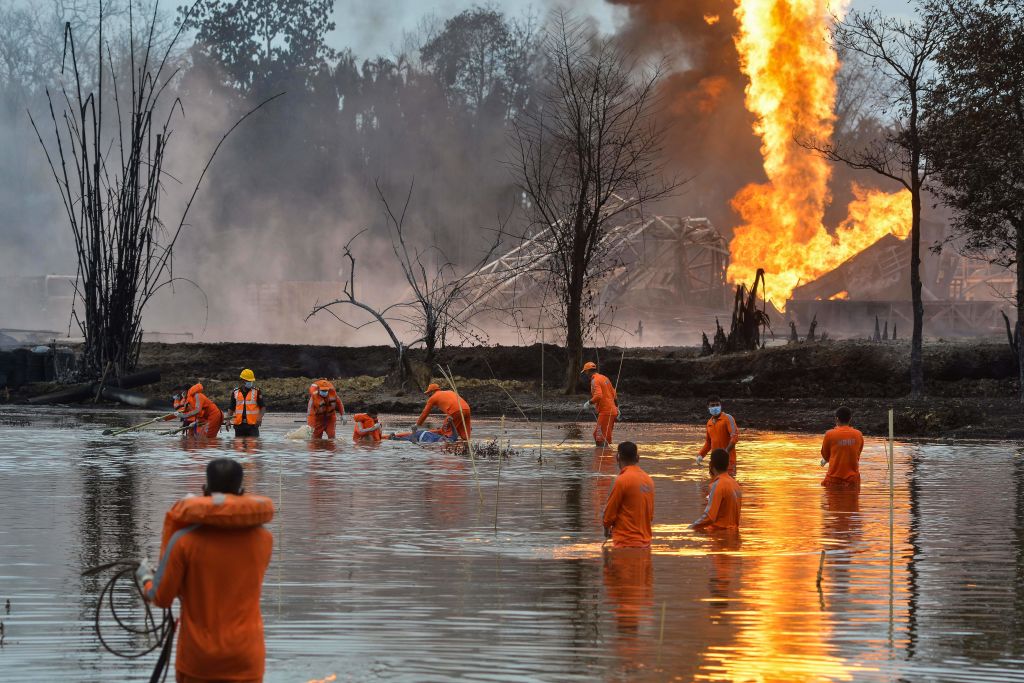 FILE PHOTO: Rescue workers recover a body of a worker following an explosion at a well run by state-owned Oil India in Tinsukia, the northeastern state of Assam on June 10, 2020. (Photo by BIJU BORO/AFP via Getty Images)

A massive oil well fire that raged for more than five months in northeast India has finally been extinguished, officials said.

Oil India engineers had battled the blaze in Assam state since an explosion in June, weeks after the well blew out and began discharging huge quantities of natural gas.

Two employees of the state-owned company died in the blast, which sent a wall of flame and massive plumes of smoke into the sky. A third worker died in September after an accident at the site.

Experts from Singapore, the US and Canada joined efforts to contain the inferno, and Oil India spokesman Tridiv Hazarika said that the fire had now been “doused completely”.

“The well has been killed with brine solution and is under control now,” he said, adding that the well had yet to be capped.

“There is no pressure in the well now and it will be observed for 24 hours to check if there is any amount of gas migration and pressure build-up,” Hazarika said.

Thousands of villagers in Tinsukia district had been relocated to relief camps after the blaze started.

A farmer who lived beside the site said his home was damaged by the fire and hoped his losses would be compensated fully.

“Even if the fire is doused, we cannot possibly go and live in that house anymore — we lost not just our cows, goats, fields, crops, but our mental and physical peace too,” Akheshwar Chetia told The Indian Express newspaper.

The Baghjan oil field is next to the Dibru-Saikhowa National Park and the wetland habitat of several endangered species, including tigers and elephants.

The region is also home to several bird sanctuaries.

The Wildlife Institute of India said in a July report that the oil spill had brought a “large-scale impact” on local plant and animal life.

“The toxins released are known to have long-term persistence in soils and sediments, which will not only affect current life conditions, but due to sustained release over a long period, pose a serious health risk for a longer term,” the institute added.

The disaster has cost Oil India more than $30.5 million as of late September, according to the firm’s quarterly financial results released last week. 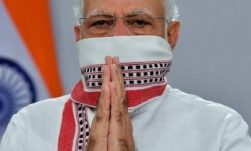 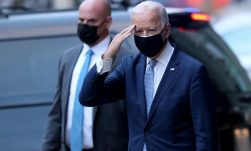