It has been more than two years since we have not seen superstar Hrithik Roshan on the silver screen. His last outing was Kaabil (2017) and his next release will be the much-talked-about Super 30, which is yet to lock a date for its theatrical release after begin postponed a couple of times.

Besides Super 30, another film of Hrithik Roshan which is being awaited with deep interest is Yash Raj Films’ next. The yet-to-be-titled movie also features Tiger Shroff and Vaani Kapoor in lead roles. It is being helmed by Siddharth Anand, who directed Hrithik on Bang Bang (2014) as well.

Talking about the storyline of the high-profile movie, no one knew anything substantial to date. But now, some rumours about the characters of the lead cast have emerged in media, which may heighten audiences’ interest in the action entertainer even further.

According to an Indian daily, Hrithik Roshan will be seen in the role of an army officer in the Siddharth Anand directorial, while Tiger Shroff plays his subordinate. As for Vaani Kapoor, the actress adds the romantic angle to the whole storyline.

“The shoot that is being canned here in Mumbai studio for almost a week is all about air combat. Hrithik’s role holds a pivotal rank in the Indian army. He is travelling on this plane with a huge army. The question is: what happens to his plane? Who attacks him? Will he manage to get off the plane with the help of a parachute? This is a long schedule and at the moment. Hrithik is the only actor shooting with his army,” a source tells the daily.

The source goes on to add that talented actor Ashutosh Rana will be seen as an antagonist in the untitled movie. “Actually, Ashutosh Rana plays the villain in the film. So, you guys will need to wait and watch why Ashutosh and Hrithik stand opposite each other,” he adds.

The film is set to enter theatres on 2nd October 2019. 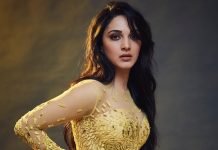