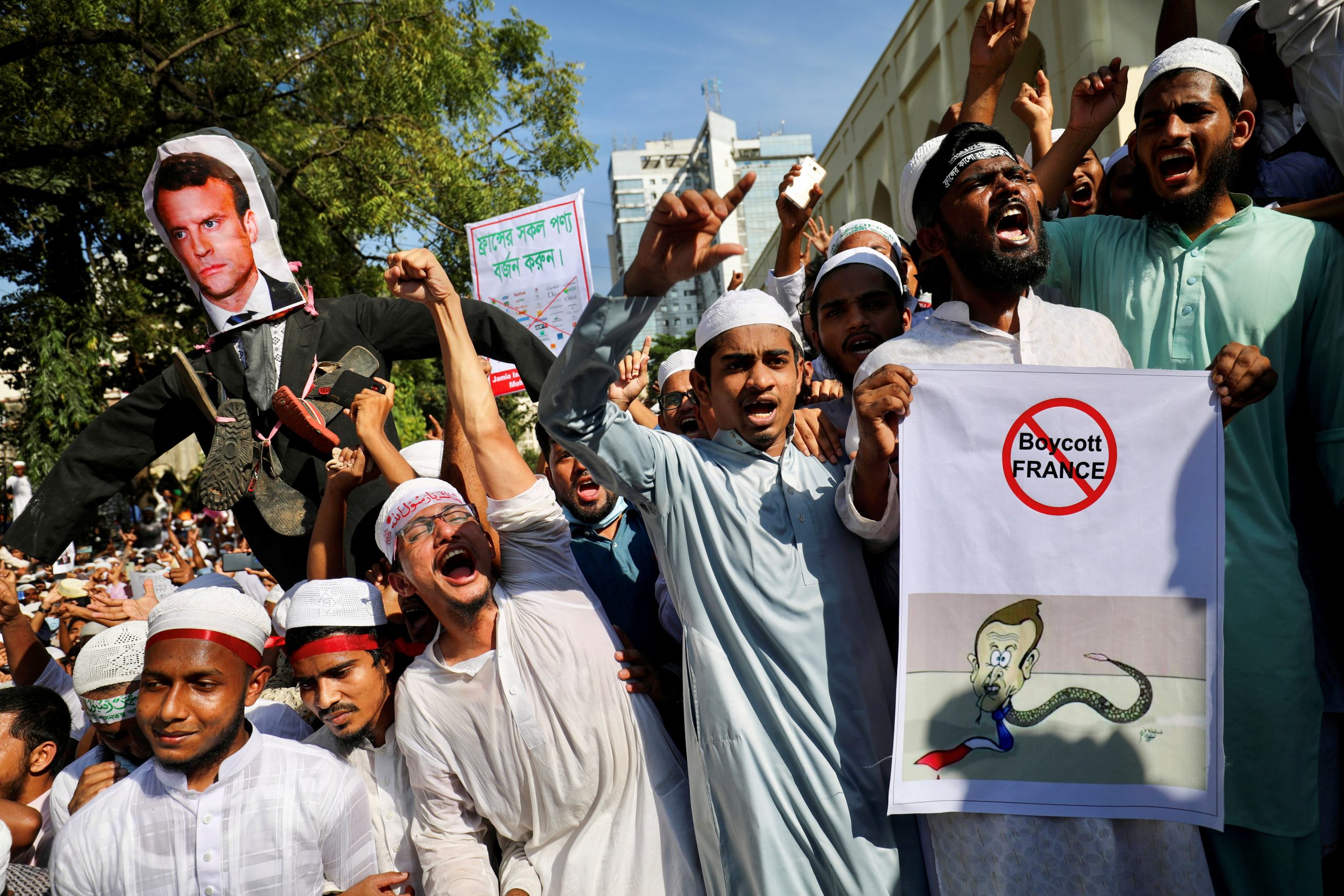 Tens of thousands of Muslims protested in Pakistan, Bangladesh and Palestinian territories on Friday (30) after killings in a French church prompted a vow from president Emmanuel Macron to stand firm against attacks on French values and freedom of belief.

French interior minister Gerald Damarnin said France – home to Europe’s largest Muslim community and hit by a string of militant attacks in recent years – was engaged in a war against Islamist ideology and more attacks were likely.

In Pakistan, police briefly fired tear gas at protesters who broke through security blockades in Islamabad in a failed attempt to demonstrate at the French Embassy against the printing in France of images depicting the prophet Mohammad.

Protests and gatherings marking the occasion were also held in the Pakistani cities of Karachi, Lahore and Peshawar.

“Macron is leading Islamophobia,” said Dhaka demonstrator Akramul Haq. “He doesn’t know the power of Islam. The Muslim world will not let this go in vain. We’ll rise and stand in solidarity against him.”

Some Bangladeshi demonstrators also burned effigies of Macron and carried cutouts of the president with a garland of shoes around his neck, a severe insult according to Islam.

In a Muslim-majority district of India’s financial hub Mumbai, some 100 posters showing Macron with a boot on his face and calling him a “demon” were pasted on pavements and roads.

In Lebanon, security forces fired tear gas to drive back some 300 protesters including supporters of a local Sunni Islamist party who marched from a mosque in the capital Beirut to the official residence of the French ambassador.

Thousands of Palestinian worshippers rallied after Friday prayers at Al-Aqsa Mosque, the third holiest site in Islam, in Jerusalem’s walled Old City to condemn the republication of Mohammad caricatures in France. “A nation whose leader is Mohammad will not be defeated,” protesters chanted.

“We hold the French president responsible for acts of chaos and violence that are taking place in France because of his comments against Islam and against Muslims,” said Ikrima Sabri, the preacher who delivered the sermon at al Aqsa.

In Ramallah, in the Israeli-occupied West Bank, Palestinians trampled on a large French flag and burned other French flags.

In Gaza, ruled by Palestinian Islamist movement Hamas, hundreds of Palestinians took part in anti-France rallies, chanting: “With our souls and blood we will redeem the Prophet.”

Thousands in Somalia turned up for Friday prayers in mosques where sermons were dominated by curses and condemnation of Macron and his government.

Abdirahman Hussein Mohamed,, a shopkeeper in the capital Mogadishu, set aside all French products including face wash, perfumes and other cosmetics with a large sign, “NOT FOR SALE”.

“I will never sell those products…as long as France does not apologise. France insulted our prophet,” Mohamed told Reuters. Some women shoppers agreed.

“I used to be one of the consumers of French cosmetics. Now I will no longer buy,” said Anisa Ahmed, 22. “I will look for products of other countries.”

Russian police detained around 15 people in Moscow after dozens gathered outside the French Embassy to protest against Macron. Some of the protesters stamped on portraits of Macron and chanted “Allahu Akbar”.

France raised its security alert to the highest level on Thursday after a knife-wielding man shouting “Allahu Akbar” (God is Greatest) beheaded an elderly woman in a church and killed two more people before being shot and taken away by police.

“We will not give any ground,” Macron said outside Notre Dame Basilica in the French Riviera city of Nice. France had been attacked “over our values, for our taste for freedom, for the ability on our soil to have freedom of belief”, he added.

The violence coincided with growing Muslim anger over France’s defence of the right to publish cartoons depicting the Prophet Mohammad, after an Islamist sympathiser decapitated a French teacher earlier this month for showing such images to pupils during a civics lesson.

“It is just the most callous and cowardly and vicious act of barbarism by terrorists and should be condemned in the strongest possible way,” Morrison said. “We share values (with France). We stand for the same things.”

He also condemned as absurd comments by ex-Malaysian premier Mahathir Mohamad that Muslims had a right to be angry and kill “millions of French people for the massacres of the past”. Mahathir said his comments were taken out of context. 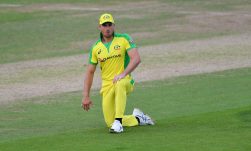 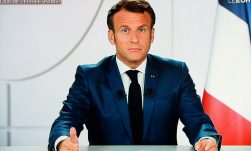 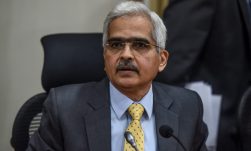 Bollywood movies whose titles were changed before the release