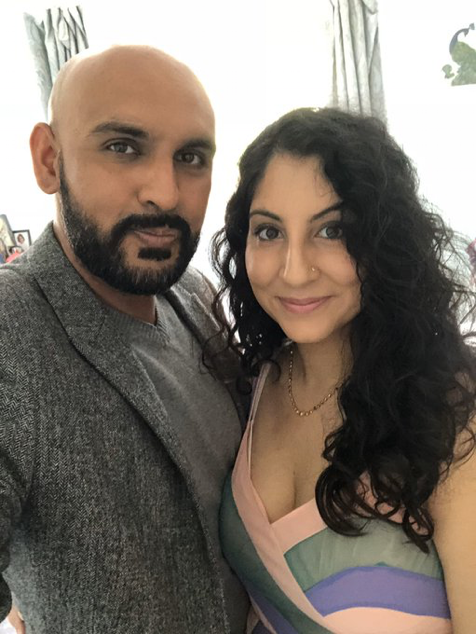 ONE of the fastest and most popular ways to hear some real talk is podcasts. There is a wide variety of free podcasts available on multiple platforms with everyone from members of the public to big named celebrities starting their own.

Some podcasts have become so popular that they pull in more listeners than commercial radio stations and the non-time sensitive nature of many means they remain relevant long after the initial broadcast. Podcasts being relatively simple to start means it is easy for everyday people to get involved, with their own.

With that in mind, Eastern Eye connected with five popular podcasts to find out what inspired those behind them to start each one, their high point, what they discuss and advice for those wanting to do the same.

The Native Immigrants
Swami Baracus and Jyojo B: We decided to start our own podcast based on our conversations at home. No shows were discussing all the issues and taboos within the British Asian community, especially without filters, so we thought why not do it ourselves! Coming from the perspective of a married couple, we can debate these topics from two different angles and challenge them head on. Since then, we’ve tackled forced marriages, attitudes towards the LGBTQ+ community, gender bias, alcohol abuse and more, as well as an array of amazing guests and interviews. Some highlights since creating the show include being invited to Tom Robinson’s show on BBC 6 Music to discuss the podcast and choosing music from a selection of British Asian artists, and also doing our first live radio show together on Spice FM. For those wanting to create a podcast themselves, we’d advise you to firstly be original. There’s countless podcasts out there so ensure the concept behind your show stands out among the rest. Secondly, bring out your personalities, as listeners will feel more connected to you especially if you’re relatable. Lastly, make sure your podcast is available across as many platforms as possible – the more choice, the more opportunities to gain a great listenership. 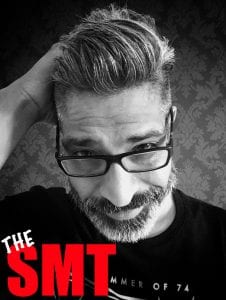 The SMT
Sat Mann: I started way back in March 2015 when the term ‘podcast’ wasn’t as well known. At the time, there wasn’t any dedicated desi podcasts, so I decided to make one. I spent most of the first year trying to explain to people it wasn’t a radio show and used to eventually give up, by saying, “yeah it’s online radio!” I’ve always enjoyed talking to people and sometimes, letting them talk to me. I just decided to record it and share it with people. What I find really interesting is talking to people from all walks of life and having a good old chat with a bit of humour thrown in for good measure. I see it as a conversation rather than an interview. The best part of having a podcast is that I’m the host, producer, editor and guest finder. I’m the boss, so no one can fire me because there has been a few times I should have been! My advice to anyone wanting to start a podcast is, just start. You don’t need fancy equipment or expensive microphones. You can use your phone and dedicated apps, which is a good way to see if you like it. It’s fun, but hard work producing shows on a regular basis. The key to success is consistency. The main aspect of podcasting I love is that there are no rules. My show is like the Wild West. We can talk about literally anything and everything, from alien conspiracies to struggling with an addiction on the same episode. Good luck, and see you on the frontier cowboys. Cowgirls also welcome! 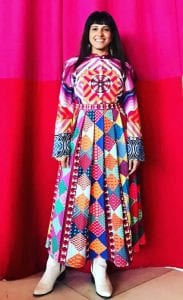 Masala Podcast
Sangeeta Pillai: South Asian women don’t really have a voice in their own culture and are taught to keep quiet. And we don’t have a voice in mainstream British culture either. I wanted to change this with Masala Podcast, which is part of my platform Soul Sutras, which is all about tackling cultural taboos. Masala Podcast is for south Asian women and we discuss all those things we’re not supposed to talk about. Everything, including sex, sexuality, periods, menopause, mental health, shame around our bodies, sexual harassment and more taboos. The episodes feature interviews with amazing south Asian women, including burlesque dancers, drag queens, mental health specialists, acclaimed writers and queer and non-binary actors. I also share personal stories about my life as a south Asian woman. Highlights include getting two nominations at the British Podcast Awards 2020. The response has been incredible with over 10,000 downloads for just nine episodes and great feedback. In terms of advice, the first thing I would say is podcasting is not just about the technology, fancy equipment or amazing sound design. All of those things help, but the most important aspect is what the podcast is about. Find what subject you are most passionate about and can’t stop talking about, a theme that resonates with others, and your most authentic voice. Spend some time figuring this out. That’s what will separate your podcast from the thousands of others launched each month. 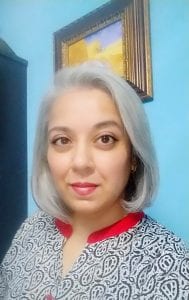 Desi Books
Jenny Bhatt: I grew up in India, but have now lived in the west for a longer time. I’ve found that the average western reader (whether of south Asian descent or otherwise) has limited visibility of South Asian literature beyond the big award-winning names like (Salman) Rushdie, (Arundhati) Roy, (Amitav) Ghosh, (Jhumpa) Lahiri, et al. The same goes for the average reader in India. Despite all our shared history and culture, many aren’t aware or appreciate south Asian literature as this rich, syncretic global phenomenon. I wanted to highlight and celebrate writers from the south Asian diaspora. I went the podcast route because it’s more accessible. I also think people feel more connected when they can listen to voices versus read words on the screen. And finally, on a personal level, I’m enjoying talking with different writers about their works too. My advice to anyone starting a podcast is to think carefully about the goals, plan in advance and ensure you can commit the time. Learn the tools and techniques beforehand, and be open to feedback. The best thing about doing this podcast is discovering new south Asian writers and their works. It’s reinforced my belief that not only do we south Asians have many more amazing stories beyond what the publishing industry gatekeepers allow, but we have just as many terrific storytelling traditions to draw from too. 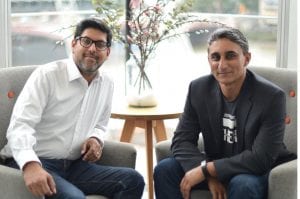 Vaseem Khan and Abir Mukherjee: We realised there were almost no literary podcasts hosted by (relatively successful) British Asian writers, which is a reflection generally of the publishing industry’s lack of diversity. Rather than have a moan, we use our podcast to build cultural bridges with creative artists, especially writers, from all backgrounds, and with the industry as a whole. We use humour and look at topics of wide-ranging interest. We avoid going back to the same old stereotypes of Asians – we don’t want to be boring! It’s about expanding people’s minds and thinking constructively about diversity in the creative arts. In terms of advice for those wanting to start a podcast, planning is essential. It takes a lot of organisation to prep each episode, research topics, interview guests and to then make sure the whole thing is interesting. Good equipment is important, such as a good microphone and audio editing software such as Audacity (free). Make sure your series has a theme and isn’t just someone randomly chatting away. Highlights include interviewing famous writers such as bestselling crime fiction authors, Ann Cleeves and Ruth Ware. We also discuss engaging topics, like recently looking at books about civil rights in the US, including Uncle Tom’s Cabin. We also have a section where we put famous creative artists on trial, looking at the good and bad. For instance, Roald Dahl, Rudyard Kipling and John Lennon. Did you know that Dahl publically made anti-Semitic comments? Why have so few people heard of this? Tune in and find out.