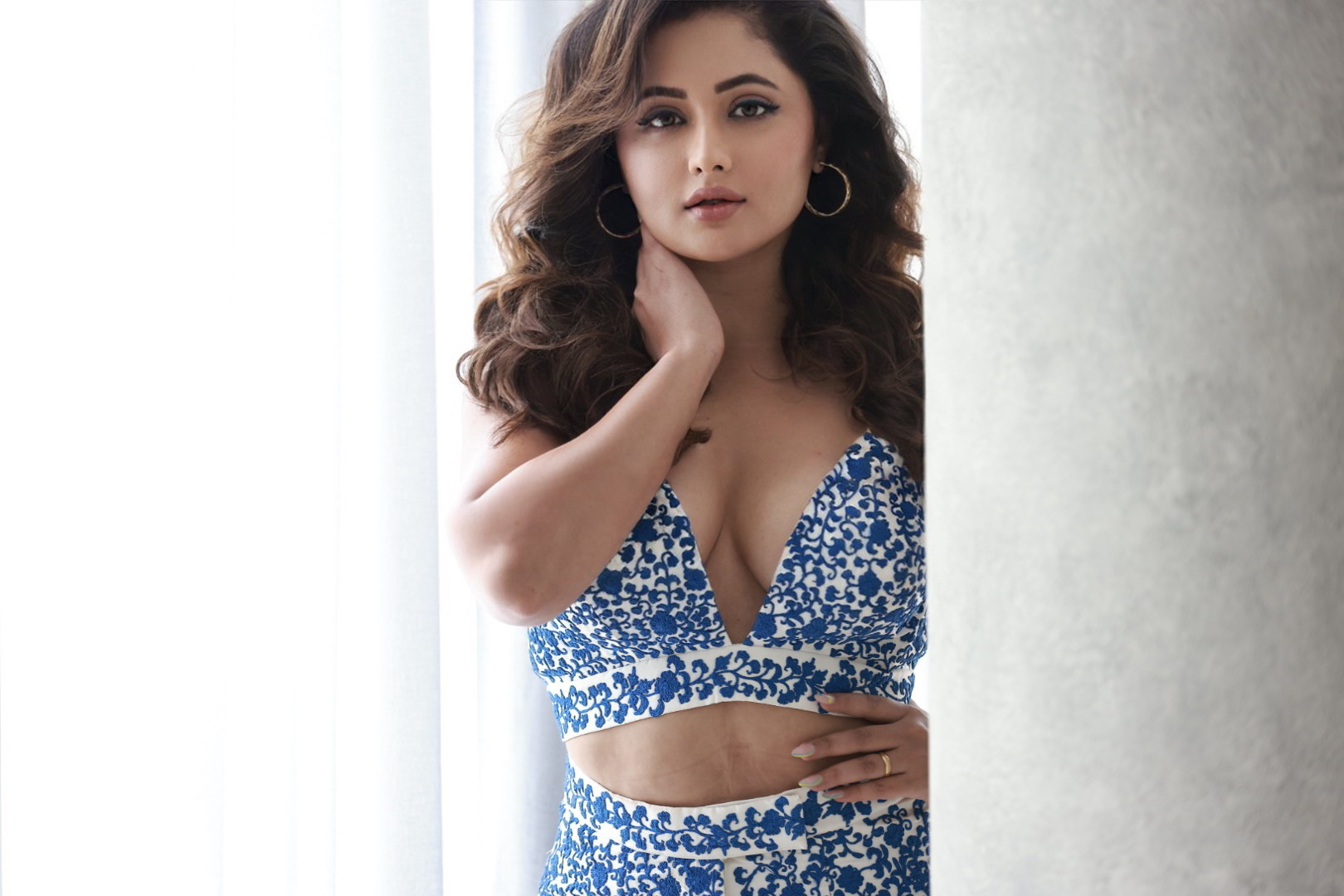 WHETHER it is a demanding character or a difficult reality TV show, Rashami Desai has never shied away from a challenge and continues that impressive run with newly released web series Tandoor.

The popular actress steps out of her comfort zone and adds to her impressive list of winning performances with the newly released MX Player drama based on an infamous real life 1995 murder. The gripping story looks like the beginning of an exciting new phase for a star who has always had cross-generational appeal and a magical quality that has made her shine brightly.

Eastern Eye caught up with Rashami Desai to discuss Tandoor, her emotionally demanding role, future hopes, fans, and the best advice she ever got. The loveable star peppered each answer with an infectious positive energy.

You have had an incredible global popularity surge in the last 18 months. Have you had a chance to enjoy that adulation?
Oh, definitely I have, but there is a different wave that has been going on in the world, where everyone is facing the same problem and conflicts are coming up. That is more important, but I feel every problem does have a solution and we will get through this. Due to circumstances, the way we communicate with the world has changed and we all are connected via technology. Honestly, this is something new to me, but I’m enjoying the process and noticing everything around me. In terms of work, it is very different and at times difficult because due to Covid we have certain limitations.

The last time I spoke to you was just before Covid-19 crippled the world. How have you coped with lockdown?
(Laughs) I didn’t have any problem as such because I was already locked (in Bigg Boss 13) and when I came out, I had a breather for a month and was locked down again. But this time I was with my family and didn’t have any tasks. That made a big difference.

What has it been like working during lockdown?
It was scary initially and I wasn’t mentally prepared for it. I will be honest, I left a lot of work due to the uncertainty of the situation and was scared, I’m not lying, but then eventually I realised that if I keep doing this is, it is going to give me a lot of problems. Mentally, I was not ready to even move out of my house, but I started working and the first big project I did last year was Tandoor.

What did you like about your new web series Tandoor?
The subject itself is very interesting. I was a child when this happened, so wasn’t aware of the story. So, when I read articles about it and was just doing my homework about the role that I’d been offered, I was like okay this is what I was looking for. I wanted to be part of it. Honestly speaking, this entire story is from a husband’s point of view about the wife. I had never picked up such a subject before.

How close is the dramatisation to the real story?
I will not say that it’s exactly the same, but you can definitely relate it to the original. They have done certain modifications because it’s so many years since it happened and there have been lot of theories connected to the case, with different truths emerging. The fact is, the husband has killed the wife, but despite the many theories about her, we have done a different take on it. We have taken a little filmy liberty, but this show is interesting. It is about family, it is about a personal current situation, it is about death and a woman being in power.

Tell us about her…
She has no fear in mind and is so ambitious, but at the same time she has such a pretty face and personally is facing a lot of trouble, but no one knows about it. Then one day she’s no more! So that was a very questionable thing.

You are a very versatile and gifted actress, but what was the biggest challenge of playing this role?
Thank you for saying that, Asjad. I am really grateful to you, but I still feel that I’m learning. When this project was being discussed, I didn’t have clarity if I’m going to play somebody else’s life and must think or emote like her. So, my homework was very difficult. I was not knowing lot of things about her, but when we started shooting, they had done certain modifications, which gave me a different kind of take, so my homework was not needed. (Laughs) It was not necessary for me to do it. One the set, on instinct my director used to change certain things and adapting to that took me a little while.

Do characters affect you emotionally?
Yes, they do! I have a habit of thinking about that person again and again! As a person, I am very bubbly and love chatting, but I immerse myself in a character. I am an actress, of course, and do have my own personal side now, which no one knows. I have matured, but at the same time my inner child is so big that I’m all over the place. So playing Palak was very difficult for me.

Tell us about that?
She was very clear in her head, fearless, ambitious, and wanted something. The last day we were shooting, she faces the gunshot and dies, and is no more. After that I was not talking to anybody even in my house for almost two or three days because I was so disturbed. I kept thinking about her. I did not realise it would give me so much trouble mentally. That it will take me time to come out of it. But I did enjoy playing this role.

You’re very much in demand. Will you now concentrate on TV, web series, films, or everything?
I started my career doing regional films, then got into TV and after that did a web series. So, I don’t like to restrict myself as a TV, film, or web actress. First and foremost, I am an actress. I would want to work on whatever I like, whether it’s a project or a role. I just want to prepare myself for something new. I also have my own dreams of playing different roles and meeting different people. I just have that urge to know more about the world and want to play more realistic characters. I am looking for that and being very choosy.

You are perhaps the most loveable star on Indian TV. Would you ever play an extra nasty villain?
I have played some villainous roles and grey characters. At the same time, I have played angelic and loveable roles. I prefer the grey characters because that is connected to reality. The world is grey, so I like characters who are not perfect and make mistakes, but then they learn from them. That is what happens in the world. You do mistakes and learn from them. You make sure you don’t repeat it. That process is the same and leads to a change. So, I would want to play those realistic characters and in a very different space.

If you could master something new in your profession, what would it be?
Definitely action! I would like to master that and attempt it.

You have a huge fan base. How much do they mean to you?
Honestly, their support means a lot to me. Whatever roles I have played or projects I’ve taken on for so many years, they have been there for me unconditionally. They have shown love in everything I have done. I think it’s such a blessing. I appreciate it doesn’t happen for everyone, so I am truly grateful for it.

You have millions of fans, but who are you a fan of?
I have been a fan of Madhuri Dixit maam since my childhood and took up dancing because of her. She inspired me to take care of myself, but I honestly never thought that I would become an actress. But now, if I look up to someone, I love Taapsee (Pannu), Bhumi (Pednekar), Mrunal Thakur – they are really good. So many more!

What inspires you today?
What inspires me is that so many in the world are facing so many problems, but they still have hope.

What’s the best advice anybody ever gave you?
Staying present!

You have become famous but haven’t changed as a person. What keeps you so grounded?
My mother used to tell me one thing, that ‘this too shall pass’. This keeps me connected to reality. When I come home, I am a different person and really homely. I have a family and always wanted my family. When I’m working outside, I want to give that perfection and try my level best. I try to do that every day and not work for the money, but I want to make sure that the money is working for me. That is what I always thought in my mind.