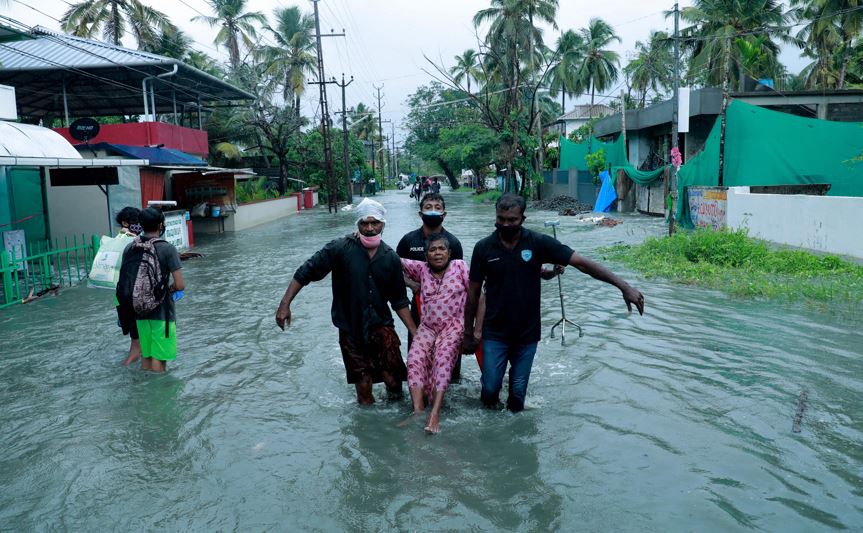 LEADING experts in the UK have voiced their concerns about the damaging impact climate change is having on people in the frontline in south Asia.

Though it has 17 per cent of the world’s population, India accounts for five per cent of global carbon emissions. Modi has vowed to meet 50 per cent of its energy needs with renewable sources by 2030.

Professor Lyla Mehta at the Institute of Development Studies told Eastern Eye, “There was little about climate justice, especially for very vulnerable and marginalised people, including indigenous groups, in India who are at the frontline of climate change, and whose lands may be grabbed for solar parks and renewable energy.

“They need to be part of the equation and decision-making process.”

Currently, coal powers 70 per cent of India’s electricity generation, but Modi has said that by 2030, India will produce more energy through solar and other renewables than its entire grid now.

India, which is home to 1.3 billion people and is poised to overtake China as the most populous country, has a growing appetite for energy, but it is also on the frontline of climate change.

In the next two decades, it has to add a power system the size of Europe’s to meet the demand from its swelling population, according to the International Energy Agency (IEA), but it also has to tackle toxic air quality in its big cities.

“What is the point of this kind of short-term thinking that only serves commercial and elite interests?” she said. “The needs and interests of poor, vulnerable and marginalised groups are often ignored.”

She noted that Mumbai’s coastal road project is being executed despite the knowledge that there is a sea-level rise in the Arabian Sea, and “that coastal ecology, livelihoods as well as resources such as mangroves are being destroyed badly”.

Mehta added: “Ecology and climate do not recognise political boundaries. Countries could work together more, for example, India and Bangladesh could have more transboundary exchanges and action on the Sundarbans, a climate hotspot.”

India is a largely agricultural economy where the farming sector has been hit hard by climate change. Uncertain rainfall, flooding and high temperatures have all led to crops being destroyed.

She told Eastern Eye, “Growing up in India and as an engineer, I had the privilege of working with deprived communities. Women in those communities wake up early to queue for public toilets every morning, spend hours collecting water and cook with polluting fuels exposing them to fumes.

“Those communities will need to be centre-stage of climate adaptation plans with rapid action and investment in clean technologies. This will include renewable energy, nature-based solutions for improving access to water and sanitation services and improved flood management.

“To a certain extent, I would also encourage these countries to look at some of the practices and ways of living that used to exist 30 years ago. These countries used to be very eco-friendly and could do with taking inspiration from such practices again.”

She added, “Unfortunately, vulnerable communities who are already struggling to survive and access basic services are the ones most adversely impacted. This is in spite of the fact that they are not high carbon emitters.

“Children living in those communities face being trapped in poverty, with lack of healthcare and education due to displacement from climate change. We have to act now to provide a safer and sustainable future for our children.”

Experts also stressed the need for education and more awareness about the impact of climate change on people and countries.

Parikh told Eastern Eye, “There is much more awareness about climate change and its impact now as compared to 20 years ago.

“I see such strong passion and interest from our youth on this issue. But there is more that needs to be done. Climate change needs to be part of the curriculum in schools and universities. This includes not just the science, which is, of course, important, but knowledge of how our actions and lifestyles impact climate change.”

Professor Jadu Dash, an expert in remote sensing at the University of Southampton, told Eastern Eye that it was important to educate young people about the climate.

“Empowering the next generation is probably the best thing you could do. At the moment, there is very limited information on that. There is a role our university can play in (changing) that.”

Dash also noted the vital role of providing information to farmers in India, where the economy is driven by agriculture.

According to him, “We (in India) are good at getting policy-level information, but not necessarily propagating that to people on the ground. We have so much technology now, mobile phones have penetrated every household. We can use that opportunity to provide the right information to the farmers. So that when they take a decision, it is based on information, rather than instinct.”

Dash also pointed out that governments can save lives as well as livelihoods. He explained with an example. India’s southeastern state of Odisha (where Dash is also from) is prone to cyclones.

He said, “As you expect, the primary kind of role for the government is to save lives. So, they have put an infrastructure and support mechanisms to save lives. They did an excellent job in saving lives.

“They have done an incredible job in doing that, but what is not being done is saving livelihoods. Because what we are doing, we are good at that, we save lives, we provide people relief, but this is where it’s tough. So the research we were doing was more about making people resilient to cyclones and thinking about the alternate livelihood strategies, like what they can do, and understanding why things are not working.

“For example, after a cyclone, agricultural land is affected by saline, and as a result, you cannot grow any crops. So people try growing crops after a  cyclone, and they fail. Then when they fail two times, three times, they give up and do something else. So, they never come back from that poverty trap.

“One of the key findings is what alternative strategy could we come up with, so people of that area can save their livelihoods, so they can build a better
life.”