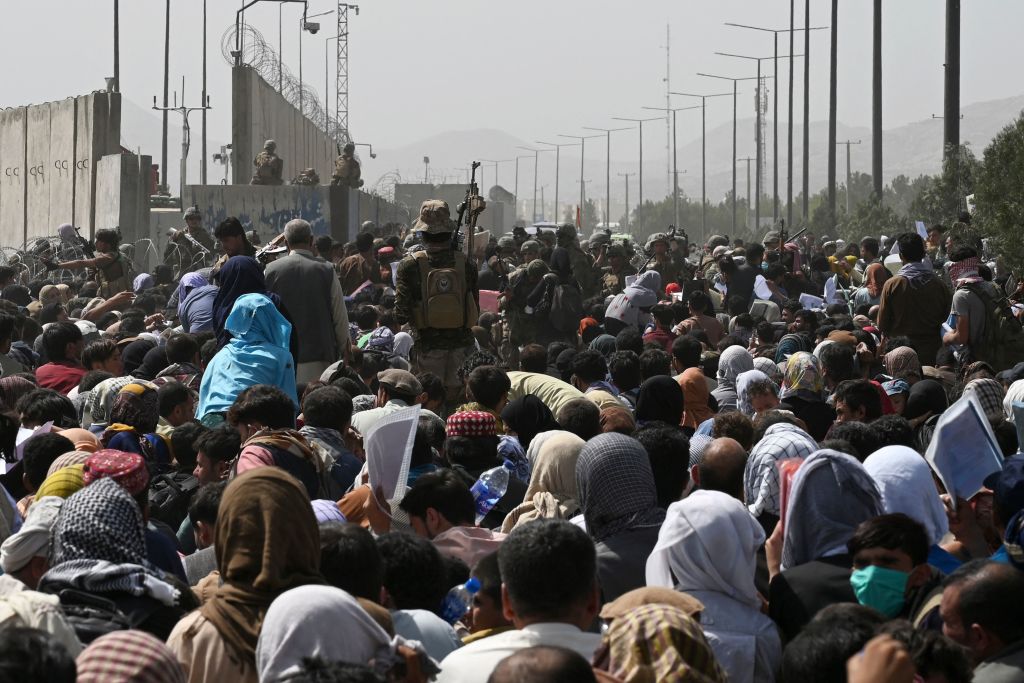 Afghans gather on a roadside near the military part of the airport in Kabul on August 20, 2021, hoping to flee the country after the Taliban’s military takeover of Afghanistan. (Photo by WAKIL KOHSAR/AFP via Getty Images)

PAKISTAN has “temporarily suspended” Kabul flight operations and is not evacuating anyone at the moment, according to media reports.

The state-run Pakistan International Airlines (PIA) was the sole commercial airline that had been operating flights to and from Kabul during the past few days to help the evacuation of diplomats and foreign nationals from Afghanistan after the Taliban seized power in the war-torn country last week.

Quoting sources privy to the development, it said there were no immigration officials and security checks at the Kabul airport. Sanitation workers were also not performing their duties since the Taliban took control of the country.

The garbage at the airport’s tarmac could cause a tragic accident, feared the sources.

The security of Kabul airport is with the US and they were interested in military aircraft only, the report quoted the sources as saying.

Radio Pakistan also reported that PIA has “temporarily” suspended its flight operation to Afghanistan due to the unavailability of necessary facilities at Kabul airport.

Quoting PIA spokesperson Abdullah Hafeez, the report said the flight operation will remain closed for a couple of days.

“We have talked to the Afghan Civil Aviation Authority for the restoration of all required facilities at Kabul airport as soon as possible so that PIA could resume its flight operation,” Hafeez said, adding that PIA has so far evacuated 1,500 people, including journalists, UN officials and Pakistani national, in five flights.

The Taliban seized power in Afghanistan last week, two weeks before the US was set to complete its troop withdrawal after a two-decade war.

The insurgents stormed across the country, capturing all major cities in a matter of days, as the Afghan security forces trained and equipped by the US and its allies melted away.